Well, I think before going further with the recipe, I need to write a few paragraphs about the dish itself. Some information about making the Fishball with Chitol Mach aka Indian featherback or Indian Knifefish would also be helpful I suppose. Last but not the least, I would like to write why there is a gap between the last recipe and this one.

Writing a blog becomes a rat race at some point; especially if that blog is considered a successful one. Is mine successful? Am I being aggressive? No! It is just that Debjanir Rannaghar is a regular recipe blog with recipes coming up at least once a week except for a few months in 2013 when I was pregnant with Pasta. The thing that started with a passion for documentation becomes a rule. You have to write whether you want to or not; Otherwise rank will decrease; SEO will fall; people will forget you, and whatnot! I am involved in this rat race, without realizing or maybe after realizing. But there is no denying that if a blog is about recipes; It may be necessary to be regular. This is the reality.

But in the meanwhile, there are times when you can't write even if you want to; Not even a recipe. I know recipe writing is a process; Many say it's not literature, so there shouldn’t be any writer's block. But writer’s block is normal for a mare recipe writer too and that is normal. It has happened to me before; it has happened again. In the last four months, there aren't any new recipes on the blog.  I did not write. I didn't want to take pictures, period.

Above all I have no desire to cook; I did not. The home chores are going on because everyone in my family shares the work or many times if one does not do something, the others take care of everything without any question. I mostly write recipes and I went through a block (more than once). Writer's block is normal. Today, almost three months later, when writing; I feel good so I am writing. Welcome back my readers; here’s a new recipe for you!

It seems I'm writing more about writer’s block instead of directly getting into the recipe. But why didn't I write suddenly for four months needs to be elaborated. I will do that while writing the next recipe. For now, we must come back to the recipe.

What exactly is Chitol Macher Muitha?

Let me explain first what Muitha is as we all know what fish is 🙂 . The word Muitha is derived from the Bengali word Mutho (মুঠো aka fist). To simply put, Muitha is a Kebab or Fritter with the shape of a mutho. Also, while shaping this we take the filling and shape it with the help of our palm to give the exact Mutho shape.
Now coming tho Chitol Macher Muitha or Mutha, this particular variety of fish is used in making muitha because of the texture of the fish. Please note, that you can make muitha with Aar Maach as well. Traditionally, after making the Muitha it is added to the gravy. Now that I have elaborated on the Macher Muitha, let me tell you Muitha is a Bangal delicacy. Well, just for people who do not know the Ghoti-Bangal division of Bengalis, people who are having their roots in Bangladesh (now settled in India) are called Bangal. Similarly, Bangalis who are having their root in West Bengal (or India) is known as Ghoti. Some dishes are considered Bangal special or Ghoti special and Muitha is a Bangal dish. Though over time, these divisions are almost non-existing now.
Talking about my ancestral home, I never had Chitoler Muithya while growing up at home. My father or uncles never bring Chitol mach or Aar or Boal maach from the market. Well, I am a Ghoti. I remember having Muitha at my Didi’s place for the first time. Here I must mention, that the recipe differs in Bangal households as well. 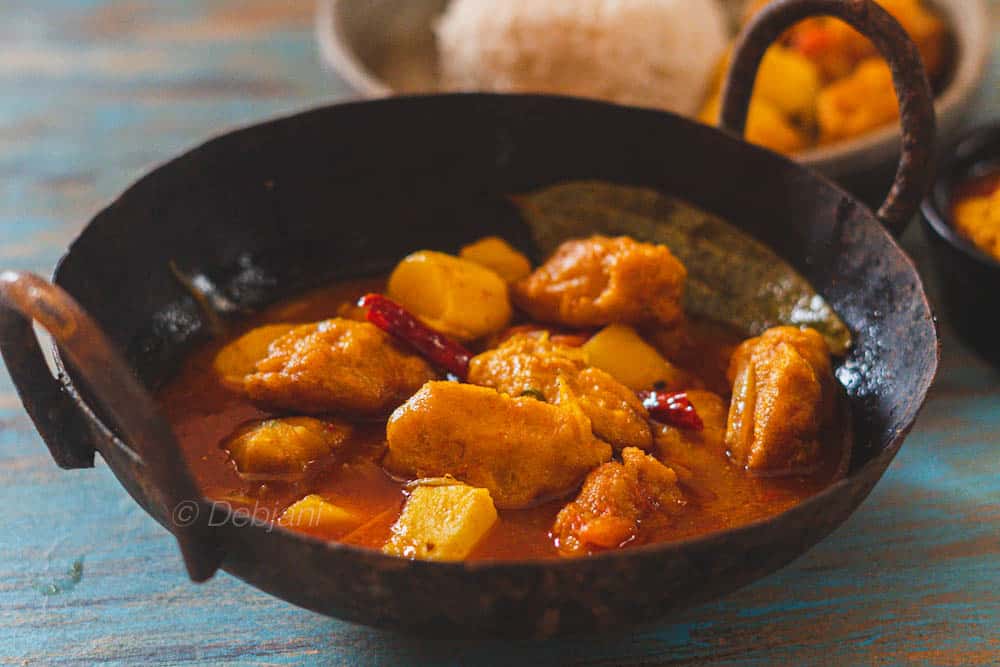 What are the variations?

I am listing a few variations of mutha below. There may be other variations available; which you may kindly share with me and I will try to update this write-up.

Aloo or No Aloo while making Mutha!

This is the trickiest question I suppose. Though the common notion is Aloo aka Potato is a must to make the Fishball; actually, it is not. I have seen many families making Muitha without Aloo and have had that. If you ask me, the Muitha prepared without aloo, tastes way better. Potato acts as a binding agent and hence, people add it to the mixture of fish.
This is the common and commercial process of making Muitha, though you can make muitha without aloo. I do add aloo while making muitha. It is easier after all. As such, it is a complicated recipe, needless to say, I prefer the easier process. Even then, Muitha without aloo in the filling is heavenly.

The Gravy of Chitol Muitha; with onion or without onion and garlic?

Again, I have had both. I prefer Muitha with onion and garlic. This for sure is a personal preference. If you like the আঁশটে গন্ধ (strong fishy smell) and can manage the gravy only with Aada (ginger), Hing (asafoetida), and Gorom Moshla; go for it. I prefer a rich gravy cooked with onion, ginger, garlic, tomato, also spices, and last but not the least chunks of potato. Being said that, I make noodles bowl with Chitol Muitha. This after all is a fishball. Creativity does not hamper the taste.

Muitha aka the fishball; to make at home or to purchase?

This is a million-dollar question! First, check whether in your locality fried muitha is available or not! If yes, go for that! Do I do that? No! Chitoler Muitha is a delicacy I do not cook often. When I cook I prefer the nicest version possible. Another reason is the shape of the purchased muitha. Mostly, people make a Sheekh Kebab-shaped Muitha and then cut it into pieces. I don’t like that. You should shape the muitha with your Mutho (fist) and this is how it is.
Last but not the least, getting the fish is the main challenge. Well, you can easily get Chitol mach in the market but getting the mince (from the fish) is a completely different story. The complexity is all about getting the fish mince.
You need to take the bony portion of the fish (ask for Chitol Macher Gada Portion; not peti aka belly) and after removing the scale and outer skin you need to scoop out the fish from the bone with the help of a spoon. If you are lucky to contact a fishmonger who is willing to do this job for you; then you are good to go. 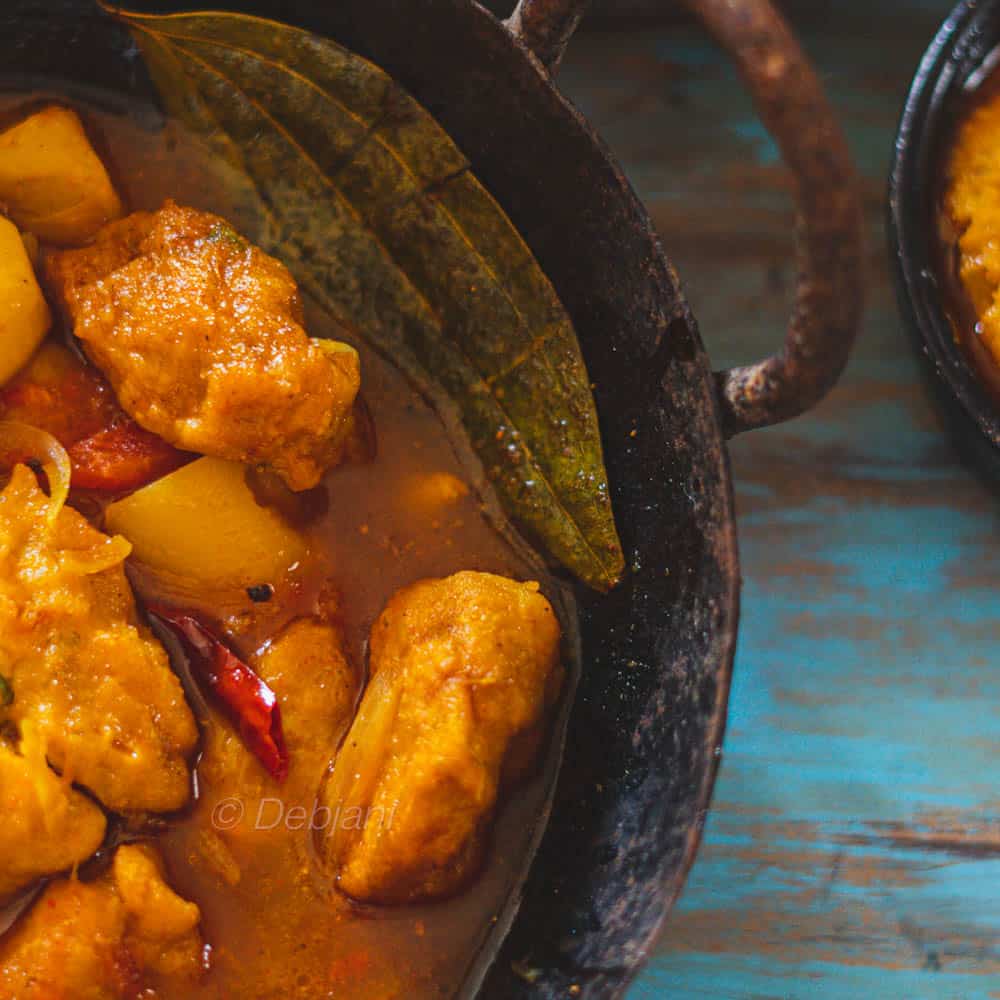 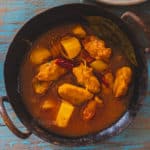 Chitol Macher Muitha is a traditional Bengali fishball curry cooked with choto mach and selected spices. Potato in the gravy is optional.

To make Muitha aka Chitol Fishball 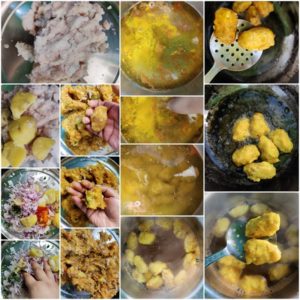 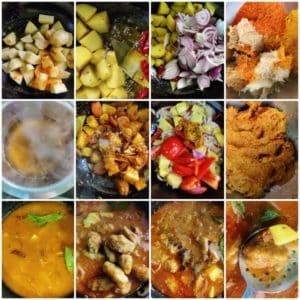 Here's the Perfect Bengali Chitol Macher Muitha Recipe Pin for your Pinterest Board!