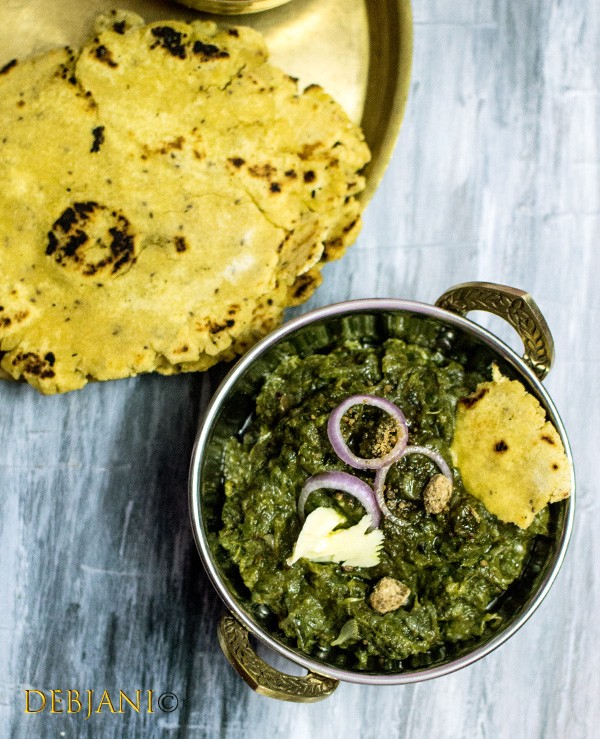 Lohri is one of the festivals I respect from the core of my heart! Celebrated mainly by the Punjabi community, Lohri is a festival to celebrate Girl Child and their existence! I am a mother of a girl child and for me, my little one is nothing but priceless. I was determined that this year there should be a Lohri special recipe in my blog but failed to post it on the day of Lohri as I was busy with the makeover of the blog yesterday but better late than never. And here is my Lohri as well as winter special “Makke di Roti te Sarson da Saag”! 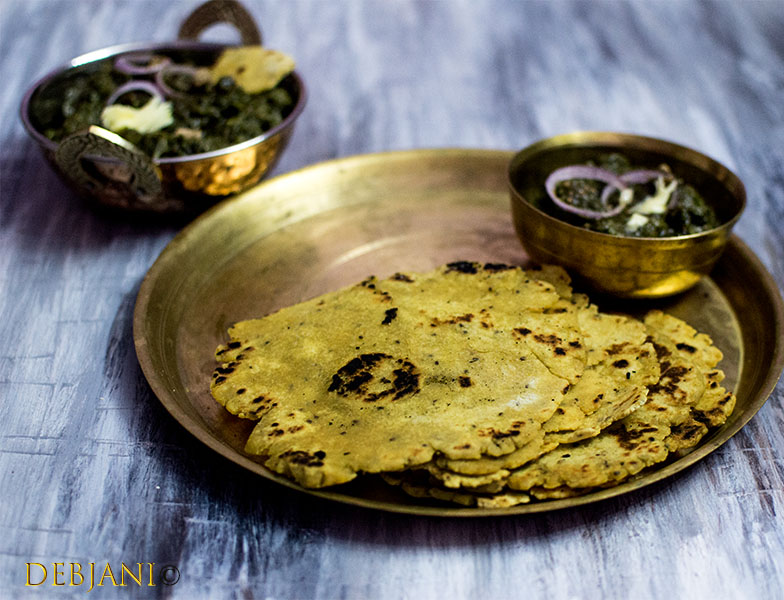 I personally love to have Sarson ka Saag, especially in Gurgaon’s freezing weather.  This is one of the popular foods prepared during the winter in North India. It’s really easy to prepare this traditional Dish with Mustard leaves which are served mainly with flat bread prepared with Corn meal (not cornflour!) known as Makki ki Roti. 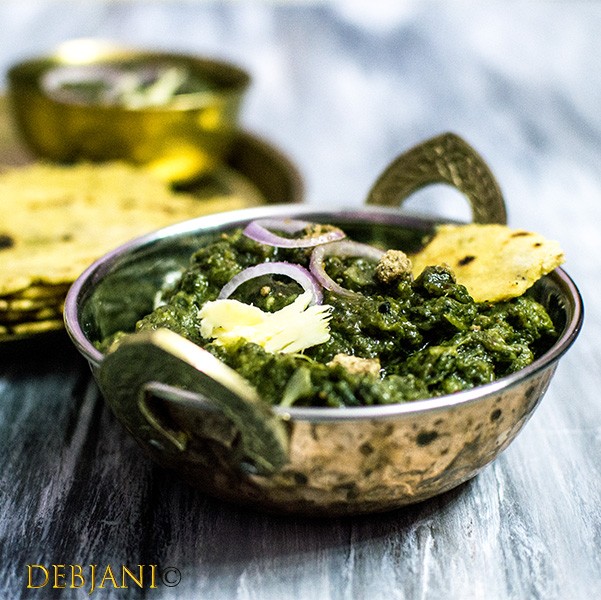 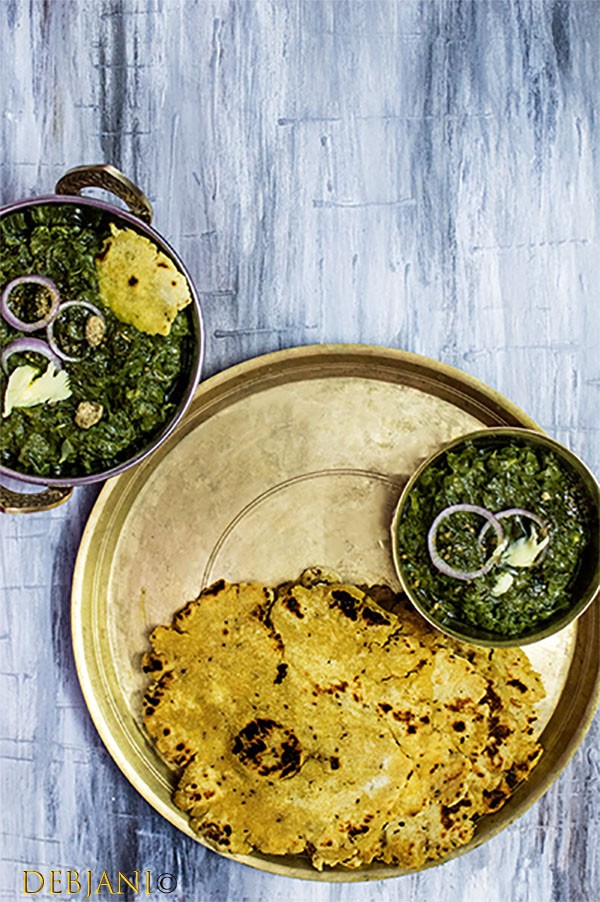 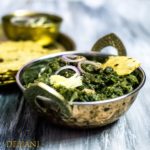 Though the name of the dish is Sarson ka Saag, however, Spinach is also another important ingredient used in this recipe. In fact, some people prefer to add Bathua Leave to their Sarson ka Saag. The ration for Mustard leaves and Spinach is 2:1 which means for 1 bunch of Mustard leave a ½ bunch of Spinach to be added. If you wish to add Bathua then add a ½ bunch of Bathua in addition to Mustard leaves and Spinach. I don't like Bathua and hence skipped that.
I don’t pressure cook veggies while preparing Sarson ka Saag or Palak Paneer! You will get a pale green color if a lid is used while boiling the leaves! I don’t like to follow any shortcut while preparing Sarson ka Saag!
I prefer to keep my Sarson ka Saag Simple hence skip adding any spices such as cumin powder or Garam masala.
Though I have used only Ghee, however, Ghee can be totally substituted with Vegetable or Olive Oil to cut the Calorie. In fact, I mostly use Vegetable oil while preparing it as part of my normal food and add ½ Tsp. Ghee to finish it. 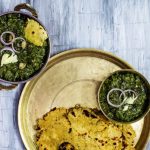 It’s a bit tricky to roll the Makki Dough! Traditionally Makki ki Roti is prepared by pressing the dough but not using a rolling pin.
If you’ll not be able to prepare flatbread using your hand then take two pieces of cling film and place the dough ball within and using a rolling pin roll a medium size Roti/ Flat Bread.