Though ‪Rosogolla‬ a.k.a ‪‎Rasgulla‬ requires no further introduction but in case you are not much aware of ‪‎Khejur‬ ‪Gur‬er Rosogolla (a winter delicacy) or not able to find it in nearby Sweet Shop in this season but available with little Patali Gur (Date Palm Jaggery) in your place then here goes the recipe of Khejur Gurer Rosogolla with ‪step by step‬ ‪‎pictorial. This is a family recipe, in fact, something I learned from my Dad, and that too just to listen to him how my Thakuma used to make it! 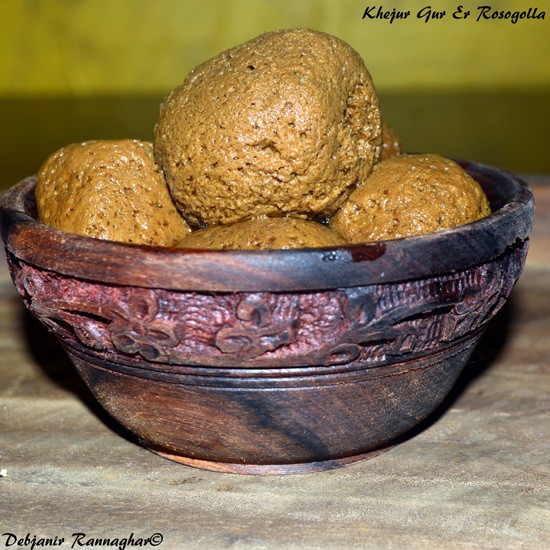 Khejur Gurer Rosogolla was a special treat for Pasta’s Birthday and again thanks to my lethargic nature I have not posted it here on time and it was in draft for around a month! Though available in every sweet shop in Kolkata, However, I have decided to make Rosogolla at home for a small gate together. It was planned after two days of Pasta’s Birthday in September. I just opted for the Khejur Gurer Rosogolla instead of a normal white version of it. Every year I store a fair amount of Khejur Gur er Patali or Date Palm Jaggery in my Refrigerator for using that in special occasions for making Rosogolla, Payesh or Sandesh, especially Kancha Golla. 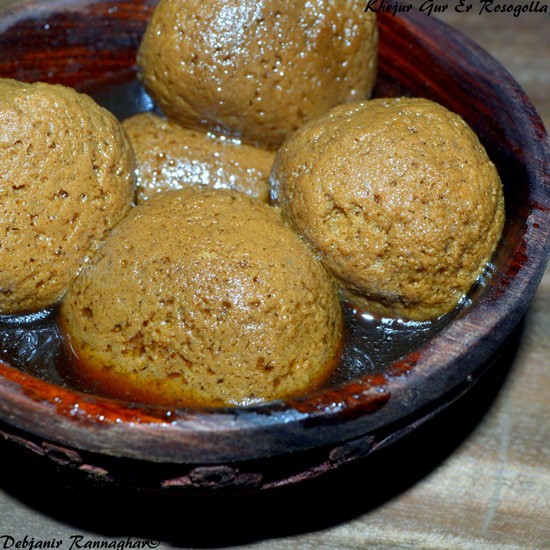 Rosogolla is not synonymous to Rasgulla at least to me! I prefer typical, traditional ROSOGOLLA, a sweet which is really close to the heart of almost every Bong! I have used around 800g of Khejur Patali to make around 60 pieces of Rosogolla. There were around 30 guests in my place on that day and believe me everybody was asking for more! Having Khejur Gurer Rosogolla in offseason is nothing but blessing given Khejur Gur is predominantly available in winters. I am sharing the recipe for 20 Khejur Gur er Rosogolla for the ease of making it at home. 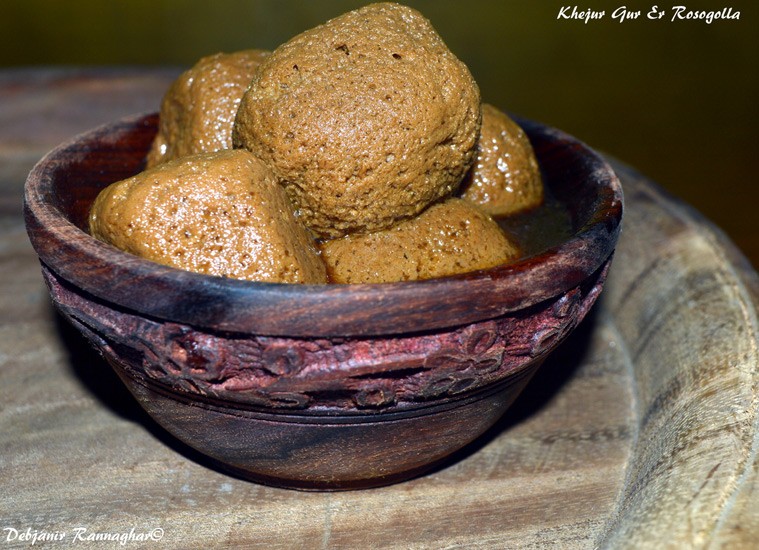 I have used a heavy bottom pan for making Khejur Gurer Rosogolla.  However, a pressure cooker can also be used. In fact, it is easier to use a Pressure cooker for making Rosogolla. Chana can be prepared very easily and for 20 Rosogolla Chana prepared from 2 Litre milk is enough. 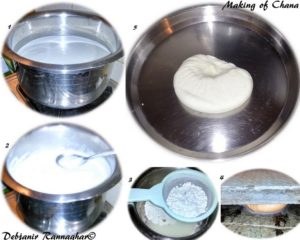 Making of the Gur Syrup:

Kolkata Food Bloggers is having an even on Family signature recipes and I am the featured blogger for the event and  Khejur Gurer Rosogolla is my submission for the mentioned event! 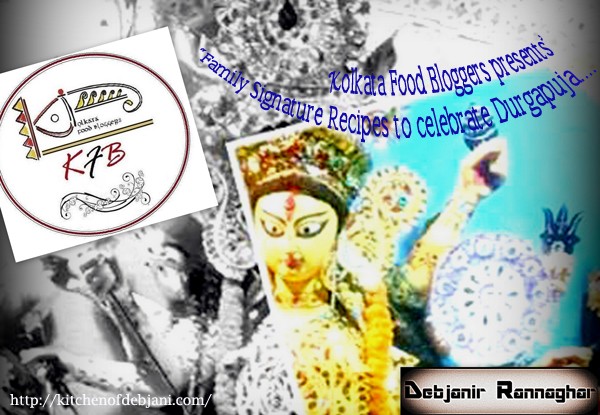