“Nobody can make Koraishutir Kochuri as good as…” my father said and paused!

Mom then replied with a furious voice “as good as whom 😯 ?” “No one else but my daughter”; This was Baba's reply! 😛

I was witnessing this catfight between my loving parents along with my daughter who was busy having some homemade chocolate. What I understand from that fight was I haven't asked Baba to come to my place to have his favorite Koraishutir Kochuri along with Natun Aloor Dum this year yet! Without delaying further, I made a typical traditional Bengali Koraishutir Kochuri last week for him and we had it too!

I have noticed a few variations of the Koraishutir Kochuri's stuffing by different people within and outside my family. In my place, a paste of fresh peas is used to make the stuffing. However, Chordibhai prefers to boil Koraishuti for making the stuffing. Both my Maa and Jethima do not like to add Hing (Asafoetida) or Bhaja Masala (dry roasted Cumin and chili powder) while making the stuffing while Both Boro Pishi and Choto Pishi (my paternal aunties) used to add these two in their version. A friend’s mother used to mix whole wheat flour with all-purpose flour while making the dough. My maa-in-law uses only whole wheat flour to make the dough for Koraishutir Kochuri and my Mom’s version is prepared with all-purpose flour! Confusing isn't it?

After trying lots of variations of a single item; I decided to have my own version which is influenced by all of them. Baba thinks my version is close to Koraishutir Kochuri prepared by his mother i.e. my Thakuma. I made it last week (like every winter) especially for Baba following my recipe. Baba was extremely happy with both Koraishutir Kochuri and Natun Aloor Dum that I prepared for him and he was remembering his days with his mother and his loving daughter decided to write the recipe of Koraishutir Kochuri for the readers of this Bengali food blog Debjanir Rannaghar.

I was planning to write a detailed post about Koraishutir Kochuri or Matarshutir Kachuri for a long and it was not happening for weird reasons. I have deleted pictures two times given I was not happy with the clicks. When I posted Natun Aloor Dum here in Debjanir Rannaghar a few days back I finally decided to make this happen as early as possible to give my Aloor Dum his perfect companion of winter Koraishutir Kochuri. Koraishuti or Motorshuti is the Bengali name for fresh Peas and Koraishutir Kochuri aka Bengali Matar Kachauri is a popular winter delicacy.

Bongs have a special place in our hearts for the green peas stuffed with fried flatbread. A Bengali wedding dinner or any special Bengali dinner happening in the winter session is almost incomplete without this.  Though can be prepared with packaged Peas at any time of the year, however, having Koraishutir Kochuri prepared with fresh peas is something nothing but heavenly.

Though a famous Bengali food but this no onion no garlic Koraishutir Kochuri or Matar Kachauri can be tried by anybody who loves fried flatbread. Almost every bong tries to make it at least once during the winter and if not living with the elders it is sometimes considered a bit messy to prepare it. I have tried to capture each and every step of making the Kachauri so that this can be prepared easily to celebrate winter in a Bong way. 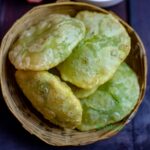 To make the Dough:

To make the Stuffing:

To make the stuffing: 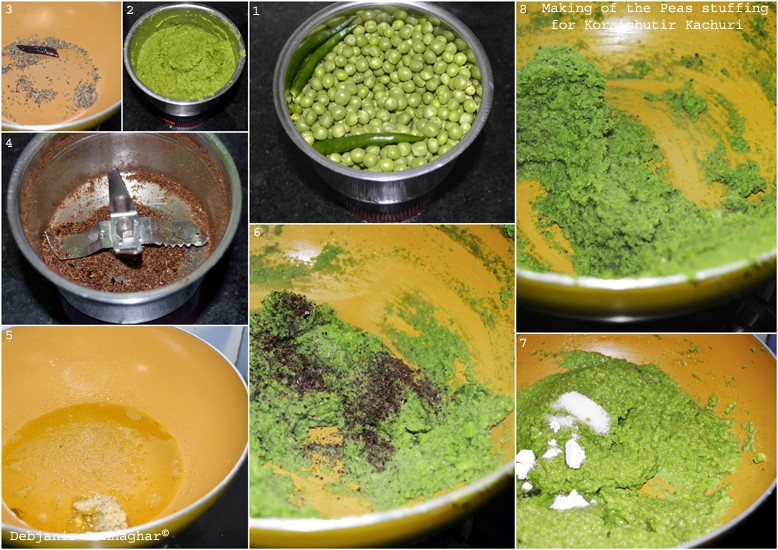 To make the Dough: 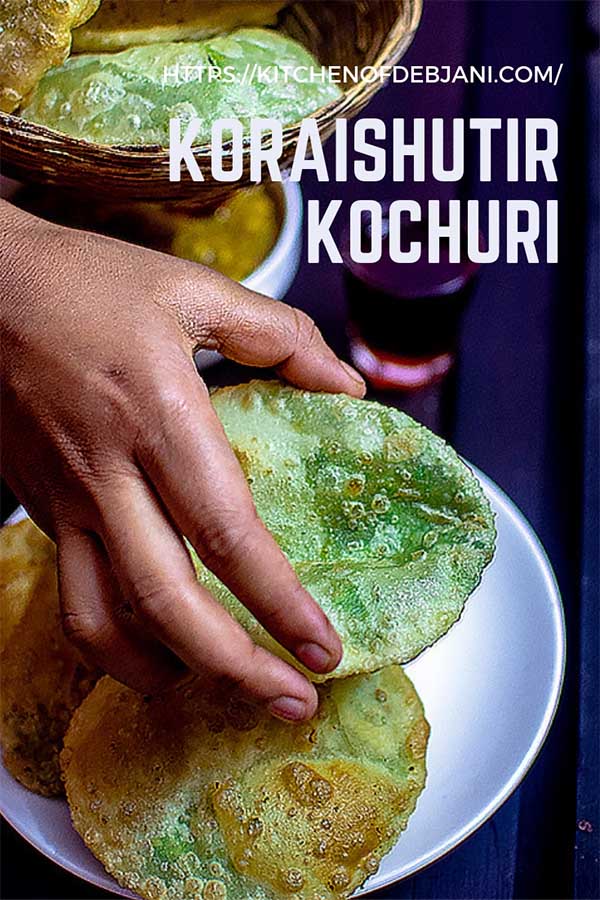