Well, I know, some people are going to think that I am having a major mental problem that I am writing about “Macher Jhol” or precisely Aloo Fulkopi diye Macher Jhol today.  Believe me, my V’ day is not about the bunch of Roses or the Candle Light dinner and gifts but something else. It is not that I have any problem with the typical way of celebrating Valentine’s day neither I at all have any problem with the celebration of love just for one day (or maybe week; after all there are kiss day, hug day, teddy day, etc. to celebrate for) but the typical Bong me probably have seen the best reciprocation of love and that is not with the roses.

Like every typical Bong child, I have seen my mother cooking a simple Bengali meal and serving to my dad with no sentence of appreciation spoken by dad (but it was always there through the eye contacts, the careless whisper). I have not seen dad come up with a bunch of roses or never seen them go for a candlelight dinner but when it comes to affection, understanding and unconditional love, it was always there and in fact still there within them. So why should I need a heart-shaped cake to express myself on V’day instead I probably can express better with the Aloo Fulkopi diye Macher Jhol with steamed hot rice, what we call “groom Bhat”.  Aloo Fulkopi diye Macher Jhol, the typical traditional Bengali fish curry is something I can relate to the wonderful word: Love. 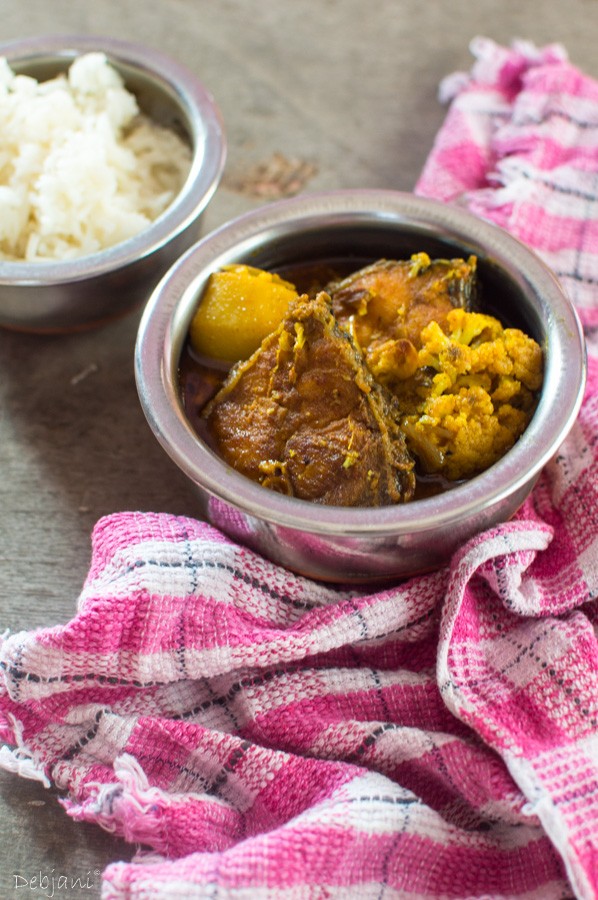 The perk of growing up in a joint family is probably having seen the many-fold relationships; starting from Jethu and Mamoni to my parents to Ranga Jethu and Rangama and even Dada boudi or Chordada choto boudi, they all were and till now are there with the presence of unconditional love and affection. I often have seen people discussing the absence of privacy in joint families but believe me, it was always pleasure seen the interactions and probably the reason why I depict love differently.

Coming to my worse half, he is the epitome of un-romanticism and not at all “Rose” savvy. That probably is the reason I haven’t received a bunch of rose from him ever (okay he is quite good with the orchid though :p ). I guess, it is his upbringing as well, as I have seen similar affection between my in-laws. For me, love is to have my “Gorom Bhat” with Macher Jhol” on a wintery afternoon along with the ever-irritating partner of mine and the never-ending chat on the lunch table followed by a lazy afternoon sleep with my little one.  Now that, We cannot enjoy that exactly on V'day as Office is something we can't really avoid for the sake of V'day! Can we?

So, for us, every little time together is the moment of love. I have clicked the pictures of Aloo Fulkopi diye Macher Jhol a few days back in fact on a lazy afternoon and decided to write about it on the day specified for SO-CALLED Love. 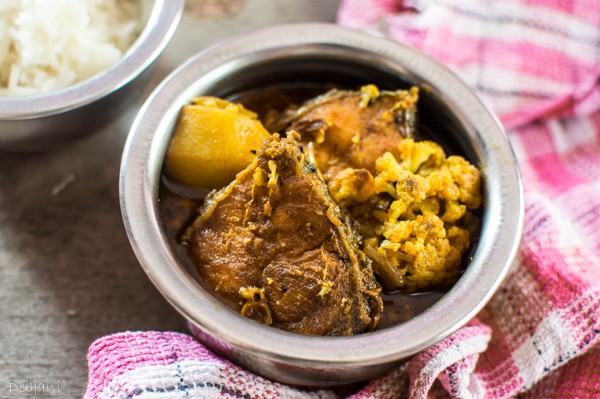 I guess it is now wise to share a little detail about the dish, Aloo Fulkopi diye Macher Jhol as well. Though this is something almost every Bong can cook.  After all this is something we prefer when we crave for ultimate comfort and love. However, I guess a few readers of mine are not Bong so the recipe may help them. If there is any newlywed (or not married for that matter) couple or a group of Bachelors who wanted to celebrate a day with the comfort with the typical bong light fish curry with Potatoes and cauliflower, hopefully, this recipe will work for them as well. As this one is for Valentine’s Day, I obviously not going to share a time-consuming recipe. sYou can have sufficient time for everything else other than cooking! In Fact how, about a joint cooking venture; try it, it works like hell! 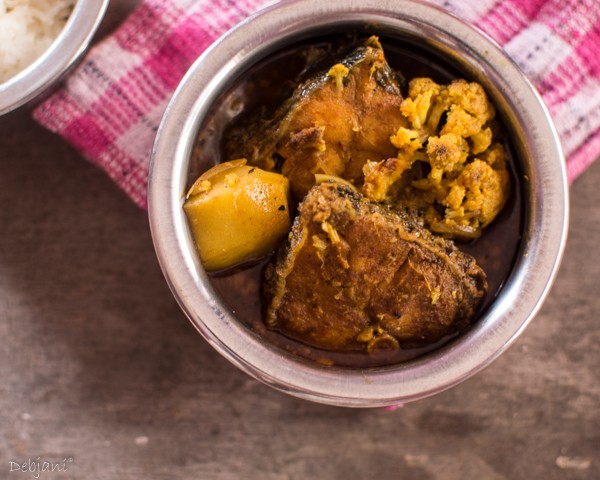 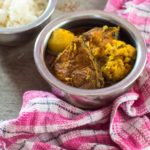 Aloo Fulkopi diye Macher Jhol, the typical traditional Bengali fish currye is something I can relate to the wonder word: Love

Here's the Aloo Fulkopi diye Macher Jhol Recipe Pin for your Pinterest Board! 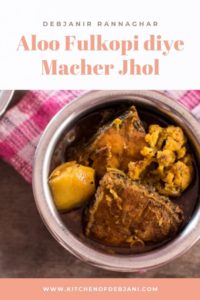