Do you remember this famous parody we (the 80s and 90s kids) grew up singing happily while using the bench in school as our drum? All thanks to this parody I finally can update the blog today. I was going through more than a month-long writer's block and the after-effect was not updating the blog. Needless to say, I wasn't happy about the fact that I am not able to write!

Mehebub was horrified hearing that I am at all considering the phase as writer's block! I told him quite harshly that he is nothing but judgemental and recipe writing for sure is a form of writing, that may not be glamorous. The dose of harshness was enough to make the man understand my irritation.

Probably to manage the situation he told me that the breakfast was on him. He chose the easiest thing to cook, Dim Pauruti with the help of Pasta. It was then I heard him singing this infamous parody and I went back to the good old school days. Pasta liked the parody as well and happily sang the same. It was fun hearing her enjoy the parody. It was the moment when I found the material for my blog post. Fortunately, I had a few pictures of Dim Toast which I clicked a year before to go with the blog post. All I needed was two big fat chunks of Dim pauruti along with my cup of coffee and listening to the song to finish this post.

When double roti aka Quarter Ruti lightly toasted and then fried over a mixture of butter (preferably Amul butter) and mustard oil and then coated with a mixture of beaten egg along with onion, and also salt, and pepper to the level of perfection, the end result is known as Dim pauruti. You can get it available in the streetside tea stalls or small breakfast shops all through Bengal. I suppose all the egg-eating Bongs (and non-bongs) are having their favorite chaa-er dokan than makes the best dim toast. I  must mention the College/ University Canteens where along with other items you for sure will get this savory delicacy.

"Dada ekta dim toast ar ekta chaa! ektu jhal dio!" I cannot really translate the emotion, however, the literal meaning is "brother please make an egg toast for me and I will also have tea. Add green chilies to the toast!"

Growing up in West Bengal Dim Toast was there all through the years. I do not like to compare it with savory french toast. French toast has not influenced by the pungency of mustard oil. Neither it is flavored with Amul Butter. Nor do they use typical "quarter ruti" aka double roti to make the french toast. Dim toast is the closest competitor to Luchi Torkari breakfast especially when we prefer the breakfast egg-loaded. It is not as sophisticated as french toast, instead, it is earthy. In short, Dim Pauruti is love but not lust.

Dim Pauruti aka Dim Toast, how the dish came into existence!

As the typical bread itself is not having an ancient history of being there in India, needless to say, Dim Pauruti for sure is not that old. I may not like to compare it with french toast, but I really cannot ignore the influence. Let me tell you that French toast is not a french dish, instead, it was given the name after the person who made it first, Joseph French. According to the historical evidence found, a similar dish existed back in the 5th century AD. The dish was known as Pan Dulcis. The Romans used to soak the bread in a batter of egg and milk to make the Pan Dulcis. It is also known as gypsy toast, German toast, and also poor knights" (of Windsor).

Bengali Dim Pauruti is almost similar to french toast, and the difference probably is the use of mustard oil while making it. In the roadside shops, I never have seen them using milk in the batter while making it. Besides, we use fat chunks of double roti to make this. A typical thin slice of sandwich bread has not been used. Last but not the least, we do not soak the bread in egg batter instead we cover the bread with the haft-cooked egg to make our favorite Dim Toast.

I will not dig into the well of history more because it simply does not matter that the humble dim pauruti is not having a heritage or years-long history. What matters is how comfortingly good it is.

Do I need to write the recipe for Dim Toast?

The answer is both Yes and No. I don't need to write because the recipe is known to the Bengalis. I have to write it because my blog is not only about the recipes but the emotions related to them. Apart from that, there may be a person, who has heard of Dim Pauruti from his/ her girlfriend/boyfriend/ husband/ or anyone and wanted to make it and also wanted to know more; this recipe is for him/ her as well. 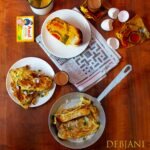 Dim Pauruti is butter-toasted double roti fried over a mixture of beaten egg and other spices along with a dollop of butter and also mustard oil. 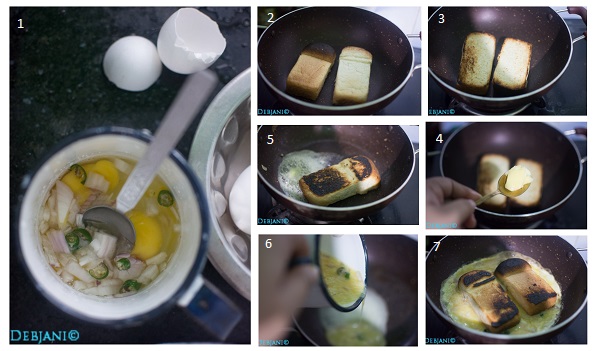 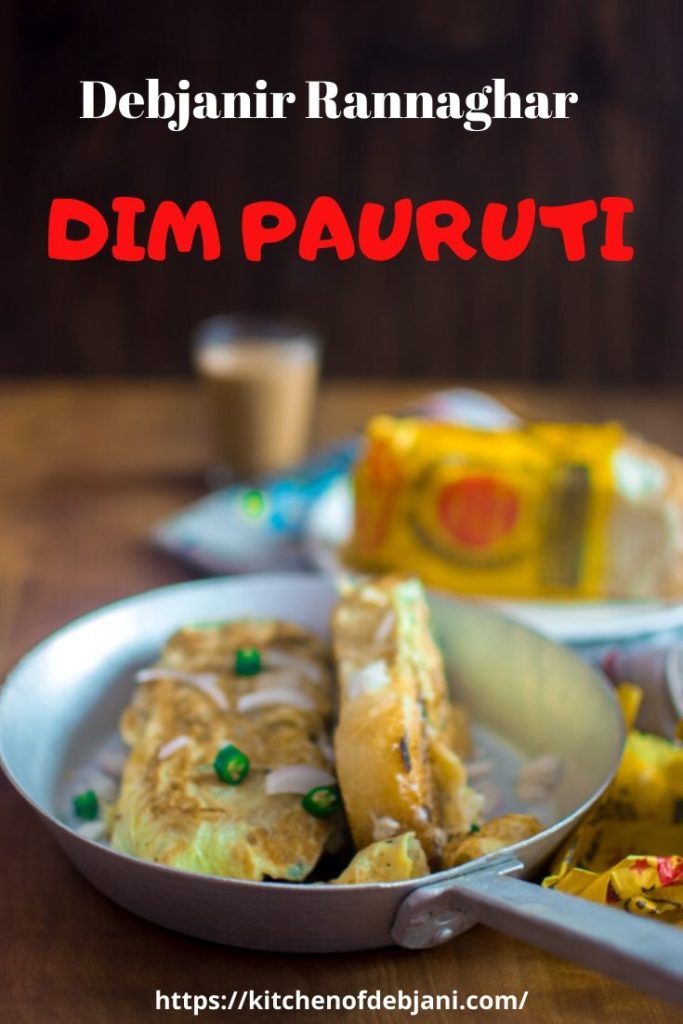 Here's the Dim Toast Recipe Pin for your Pinterest Board!