After a super hectic week at work, I was not in a mood to cook last night. I was almost planning to order something from outside! Actually, I was craving for something typical Bengali. I asked Mehebub “ei kotodin Egg Roll khaini 😎 ” (have not had Egg Roll long ago)!

Hubby asked a very relevant yet weird question “then one Roll for Pasta as well… without Green Chili?” 👿

The furious Mom replied “Excuse me! Am not going to give her Egg Roll from outside! I don’t even know which oil they use while cooking” 🙄 !

“But Debjani we should introduce Bengali fast food to her! It is our duty as Bengali parent”; my Architect Husband replied 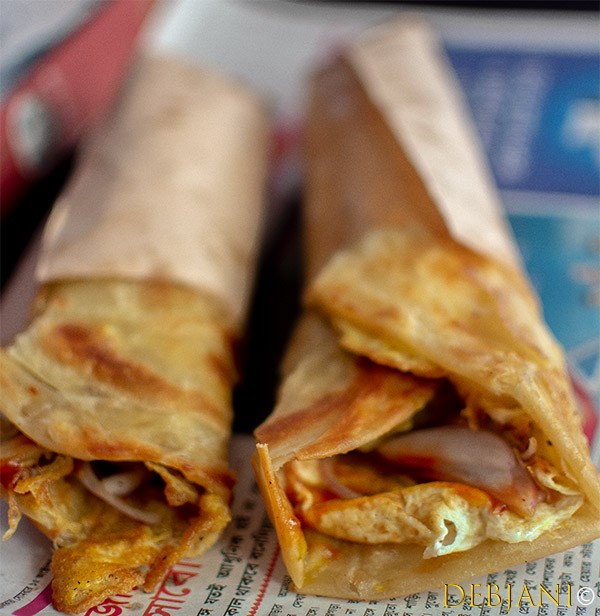 Momma dear then decided to make Kolkata Style Egg Roll especially to introduce Ms. Pasta to Bong fast Food! It is not that I never had made Rolls at home. In fact, I prefer to make it at home given what we found in Gurgaon is “Kati Roll” which is for me a North Indian Roll, however, not the Kolkata style egg Roll that we used to have almost every second day there in Kolkata… 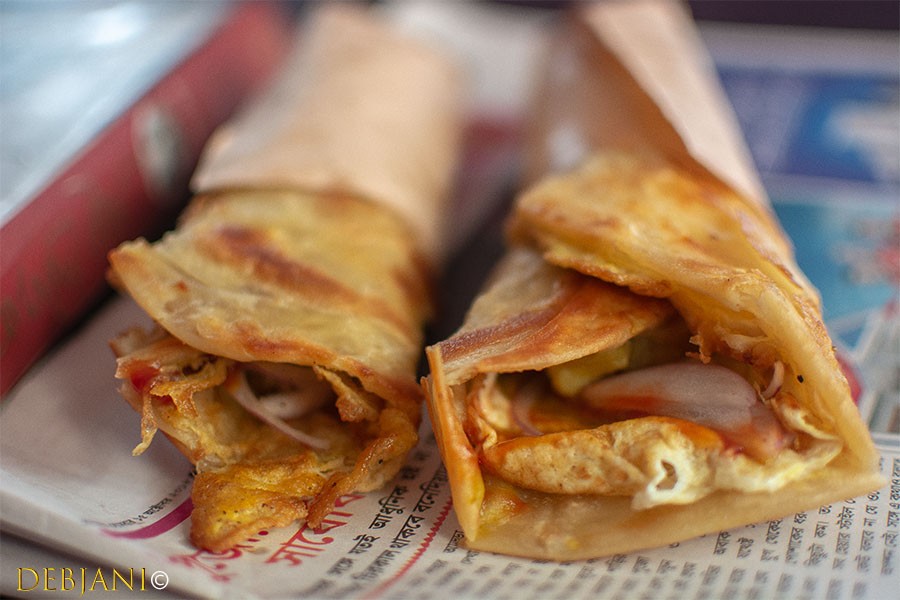 I used to grab Kolkata style Egg Roll from Guest Snacks Bar nearby Shradhyananda Park while returning from tuition classes during my Grad days and also while returning from the university during Masters! We used to pay 7-12 rupees for a decent Egg Roll in Kolkata and even today this evil thing comes by paying a decent price there! I guess Egg Roll requires no further introduction at least to Bongs! Our tummies have a history of having Egg Rolls followed by Gelucil! Egg Roll is maybe the second popular fast food after Phuchka in West Bengal. Crisp yet soft Paratha tacked with an omelet and stuffed with Cucumbers and Onions and loaded with Tomato Sauce and then Voila! 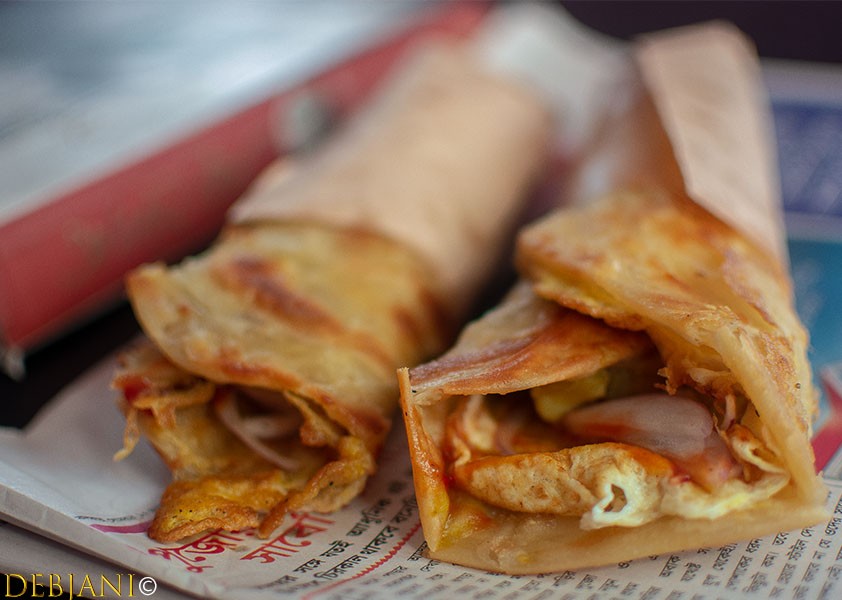 Though not related to Kolkata style Egg Roll, however, there is something I would like to share. I was planning to reread “Amader Katha” (autobiographical writing by late Bijaya Ray). I loved reading the book when it was not a book but they used to publish in Desh as a periodical. Mrs. Ray died last week. This book is very much close to my heart not only because of the fact that it narrates the life of Satyajit and Bijaya Ray beautifully but also for the character of Bijaya….a complete mother!

I am nothing but fascinated with her character, her ease.....I used “Amader Katha” as a prop for my Egg Rolls while clicking those and then My Cup of coffee and a Kolkata Style Egg Roll and my favorite book.... and dedicated Father took the responsibility to introduce the Kolkata Style Egg Roll to the little one :-D! 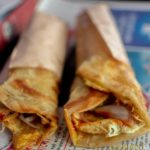 Making of the Egg Stacked Paratha:

I have not added Green Chili and Chili Sauce in my daughter's portion
Instead of one egg per roll, you can use 2-3 eggs per roll to make it tastier.
You may add black pepper powder as a seasoning.

Have you tried the Kolkata style recipe from Debjanir Rannaghar!

Here's the Kolkata Egg Roll Pin for your Pinterest Board! 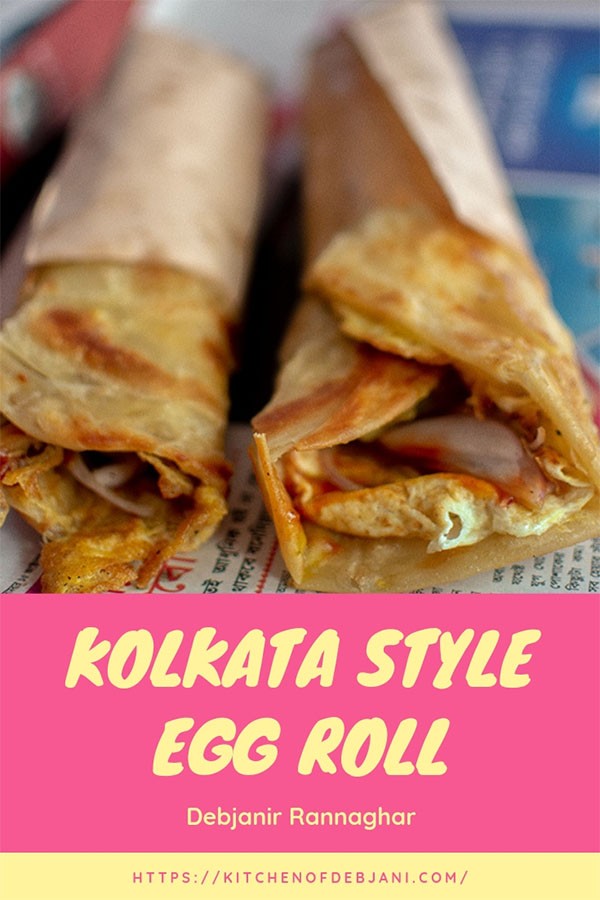