Yesterday was Shitol Shoshthi, basically the day after Saraswati Puja and I have posted the picture of the Full-course meal over Instagram. It was comprised of Panta Bhat, Bhoger Khichuri, Niramish Aloor Dum, Gota Sheddo, Postor Bora and Kuler Chutney. Several people then contacted me for the recipes of the Bengali Vegetarian food I have posted. I though have the recipes of Bengali Niramish Khichuri, Niramish Aloor Dum, Gota Sheddho on my blog, however, I have not posted the Postor Bora and Kuler Chutney. Needless to say, I now plan to post both. In fact, this post is having the recipe of Bengali Postor Bora a.k.a Poppy Seed Fritters. 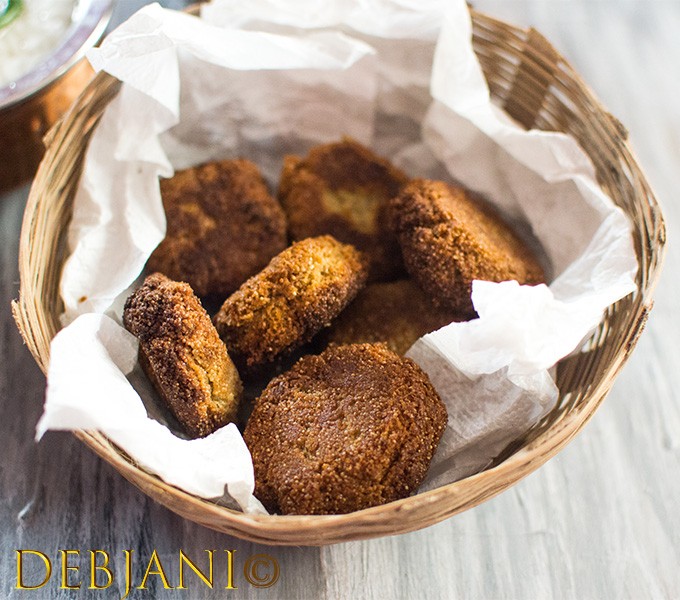 Being a Bengali or better to say being a Ghoti (Bengalis having their base in West Bengal) I have always cherished the dishes prepared with Posto. Both in my parental house as well as in In-laws place Posto (poppy seed) kind of dominate our daily meal. My mother though makes anything with Posto hardly once in a week.  Mother in law, however, has a fetish for Posto! She uses it almost every day while cooking. It can be it in form of Aloo Posto or Posto Mangsho or Shak diye Posto or the simple Posto Bata or Postor Bora. 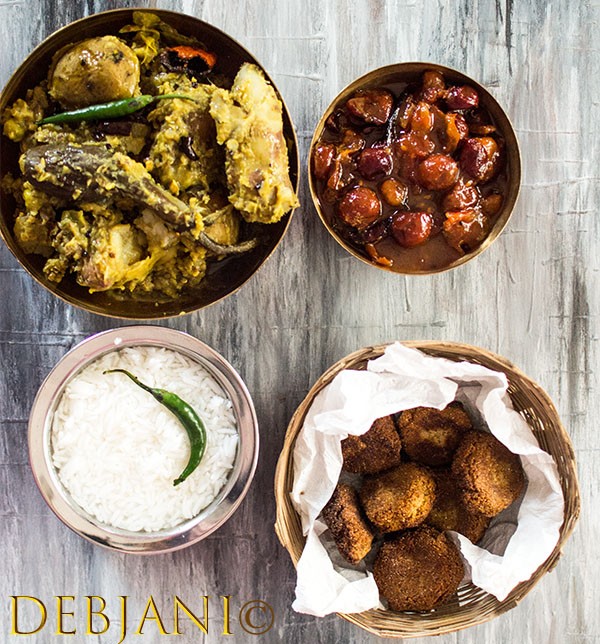 Now, there is a difference between the way my mother makes the Postor Bora and the way MIL makes it. Maa makes no onion no garlic Postor Bora while MIL's version is having onion and garlic. Needless to say, both the versions are equally good and comforting too, however, here I will be sharing the recipe of the no-onion no-garlic Postor Bora and there will be a separate post for the onion garlic version of the same. I still remember my mother making Postor Bora or Bati Posto or Aloo Posto hurriedly for me along with rice. I used to have that while going to university in the morning and that combo was my dose of comfort food. 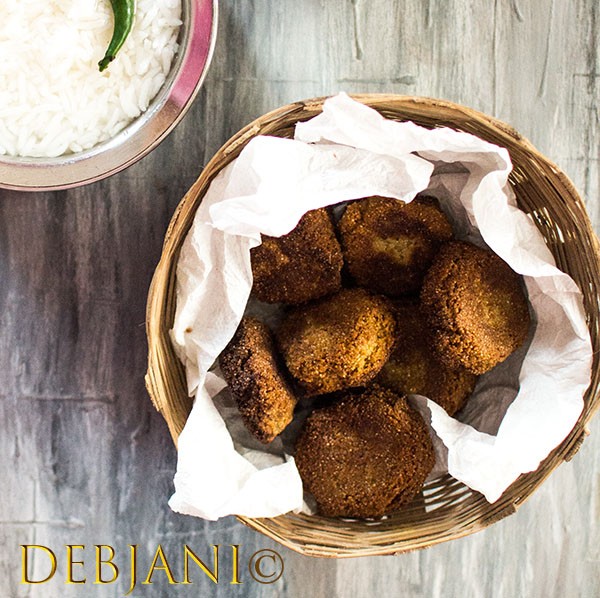 Postor Bora or Poppy Seed Fritter is a common Bengali munchie (fritter) prepared with a paste of Poppy seed. We serve it as part of our regular meal along with rice and Daal. However, Postor Bora goes amazingly as an evening snack with a hot cup of tea. Crunchy outside, softer inside and loaded with poppyseed paste and flavored with green chili it is a treat. Maa makes it as simple as possible and uses only Green Chilli and salt while making the stuffing. She adds little Rice Flour to gives Postor Bora extra crunchiness.

Postor Bora or Poppy Seed Fritter is a famous Bengali munchie (fritter) prepared with the paste of Poppyseed. We serve it as part of our regular meal along with Rice and Dal.