The weather outside is soothing; neither much chilly nor summery as well. As if the sun is kissing the skin lightly. This morning I wanted some me time; I wanted to write basically. I was not sure what it would be! Then I decided to pick a simplest of the simple dish. I decided to write about Bengali Sada Aloo Chorchori,  a simple potato staple as beautiful as the weather outside. I requested Mehebub to drop me at the office instead of me driving from the midway. He was ready to drop me though asked for a bribe which will be dining out at a small joint in Ripon Street. Needless to say, I told him yes.

I never thought of writing the recipe of Sada Aloo Chorchori. In fact, why should I. Ain't it something  Bongs know to make from the very beginning of the cooking journey? Is'nt the Sada Aloo Chorchori as simple as making Ommlette or boiling Egg. Isn't it the staple your or my mother used to make for our tiffin box to accompany with Luchi or Porota. Ain't Aloo Chorchori, one of the first dish you or I learned before living the house for a hostel or before joining the first job outside our own city. 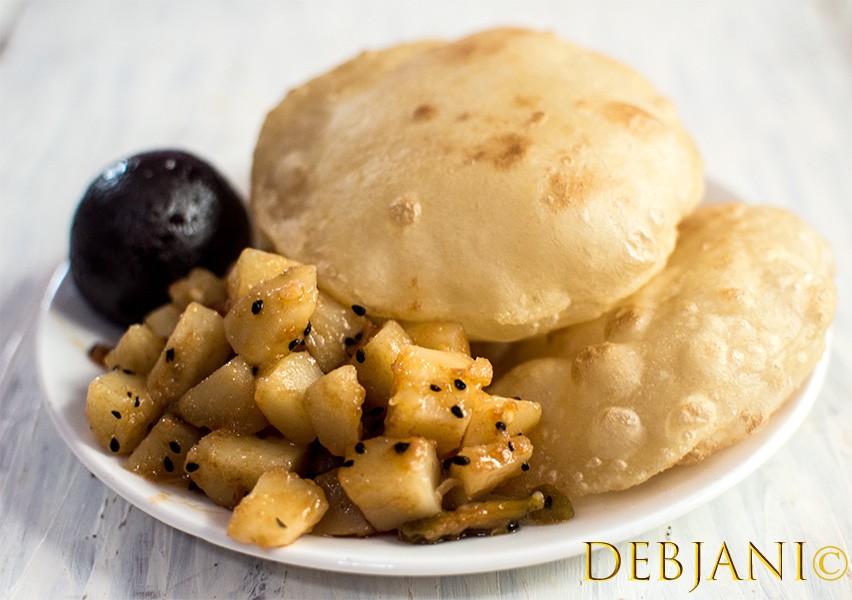 To me, Sada Aloo Chorchori is the emotion I cherish remembering and I cherish living as a typical Bengali. Maa peeling the potatoes followed by cooking over an Iron Wok with very little tempering and my wait to savor Sada Aloo Chorchori with Fulko Luchi, probably one of the best memories of this dish. The Sunday morning Adda over Porota and Aloo Chorchori, starting from Planning commissions take to Nuclear policy to what happened in the cricket field.
Well, I guess I have written too much to describe Aloo Chorchori and now it is time to come to the point directly. Now the weekend reality is I need to complete this week's chores as well as to plan for the coming week, however, that does not mean I am not planning on the Sunday spread. Entire CA clan demand for Luchi for Sunday breakfast, be it the father or be it the daughter and even me. Though I don't entertain their demand every Sunday, however, they got their Luchi along with Sada Aloo Chorchori once or twice in a month.' 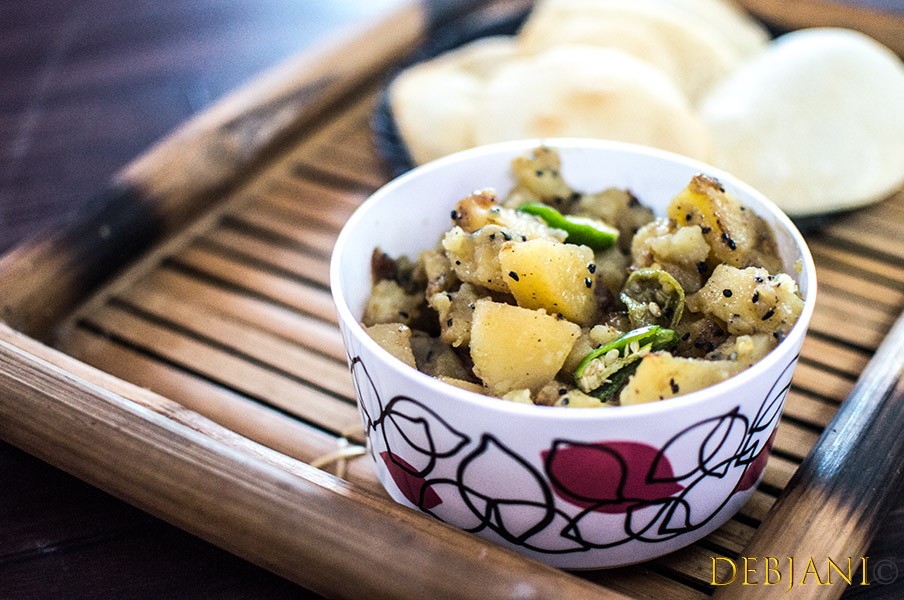 Coming to the recipe of the Sada Aloo Chorchori, it is the simplest form of  Potato side and needless to say a signature Bengali Staple. Tempered with Hing (Asafoetida) and Kalojire/ Kalonji (Nigella Seed) this dish obviously calls for slow cooking and a dollop of Ghee.
Sada stands for white and hence no Turmeric for Aloo Chorchori, however, if you wish you can add that too. It is all about own preference. For example, I add little Crushed Black Pepper at times while making it in addition to Green Chilli and that does not make it Aloo Morich, another bong style Potato staple. 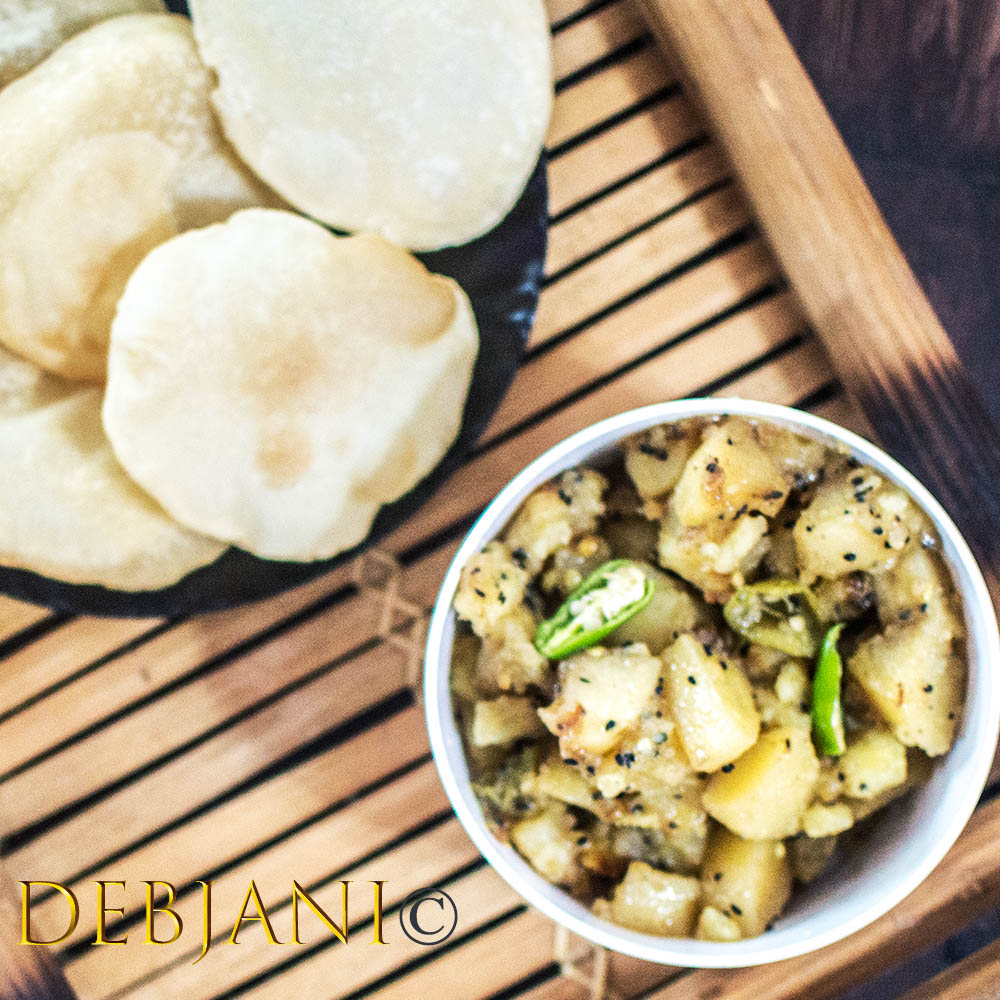 The recipe given here is the basic Sada Aloo Chorchori, which can be modified a bit. You can check note for the same

I prefer to add crushed black pepper which is completely optional.
I have seen people adding Sugar to Aloo Chorchori, so if you wish you can add too and the same is applies to Turmeric Powder.