This Bengali Sada Aloor Dum aka White Dum aloo is easy to cook and perfect for an SOS dinner. Easy to cook; a few easily available ingredients and voila! Did I mention this is a no onion no garlic Dum Aloo Recipe?

Niramish Alur Dum, not the regular one!

Sada Aloor Dum used to be a treat at home mostly on Saturday nights. A no onion no garlic White dum aloo cooked in Bengali style is a bit different from our regular Bangali Alur Dum for sure. Maa used to cook this, especially during the marriage season whenever we had to miss a Biye Bari treat. This particular Dum Aloo is a Bengali marriage feast special, especially as part of the vegetarian feast.

I, Mehebub, and Pasta are not typically veg food-loving clans. We love a small portion of this and that however complete vegetarian spread is not typically our thing unless my or mehebub's parents are visiting our place. My parents visited our place last week. They prefer plain vegetarian food at least twice a week including Saturdays. Needless to say, I was cooking a lot of veg food (no onion no garlic mostly). While doing so, Baba requested me to cook Sada Aloor Dum. I realized then that I have not posted this simple recipe here so far!

Alu'r dum needs no further introduction I suppose. It is a famous Bengali delicacy and the bong version of the famous Dum Aloo. However, there are various recipes available for Bengali Alu Dum. In fact, different types are available too. Notun Aloor Dum is completely different from bongo-fied Kashmiri alu'r dum and Sada alu'r dum is different from the other two. Here in this recipe, we make a subtle white gravy and then we slow-cook the potatoes in this gravy.

Well, the gravy makes it different. I have seen maa using a mixture of Til aka White Sesame seed, Cashewnut, and also hung curd while making White Dum Aloo. Very limited use of spices to make the gravy white and last but not least boiled potatoes. A simple no onion no garlic dum aloo with nice white color makes it different.

I follow Maa's recipe for this delicacy. Hence, I skip tomatoes, onions, and garlic. Instead, I use a mixture of Sesame seed, cashew nuts, and green chilies along with hung curd, asafoetida, ginger paste, and also a dash of ghee and Bengali gorom moshla.

Do I need to use baby potatoes mandatorily while making White Dum Aloo?

No. I use normal potatoes as well as baby potatoes based on availability.

Can I add Onion and garlic while cooking Sada Alur Dum?

Onion and garlic are optional. I have grown up eating the no onion no garlic version and I prefer it without the flavors of onion and garlic.

I am allergic to Sesame Seeds. Can I skip it?

For sure you can. Skip any ingredient you are not allowed to it.

Are Cashew nuts mandatory while making the white gravy for Safed Dum Aloo?

You can substitute Cashewnuts with Almonds or also with Magaz seeds (melon seed). However, the gravy tastes great if cashew nuts are used.

Can I use Tomatoes while making the white gravy instead of yogurt or curd?

Ideally no. Tomatoes will make the gravy reddish in color and Sada aloor dum calls for a white color. Use curd or yogurt or at least a combination of coconut milk and tamarind paste. 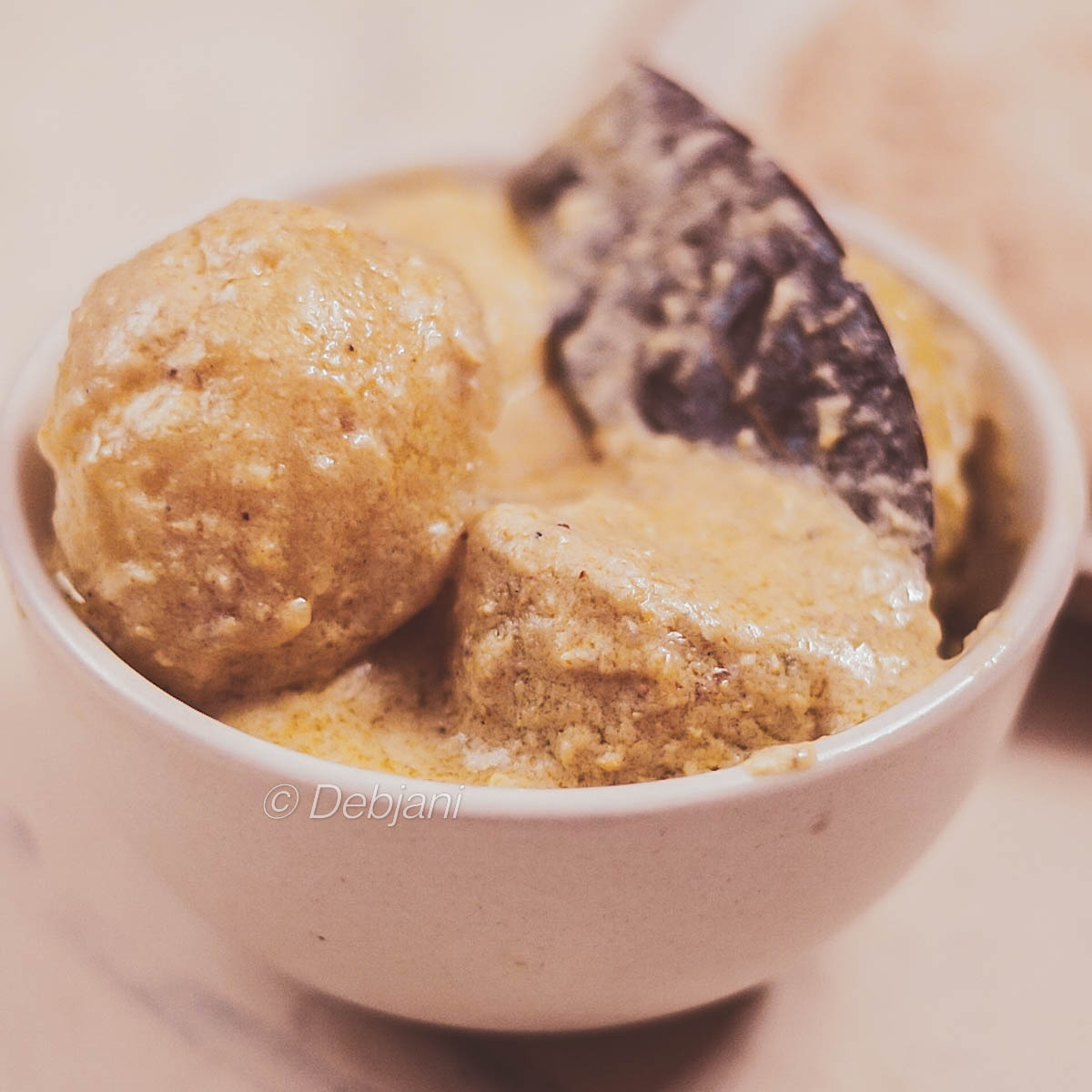 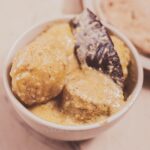 Sada Aloor Dum is a no onion no garlic subtle Bengali Potato curry aka dum aloo with white gravy prepared with sesame seed and cashew nuts.

To make the paste

Boiling the Potatoes for Dum aloo

These are my favorite dishes to serve with Sada Alu'r Dum:

Here's the Bengali Dum Aloo with white gravy Recipe Pin for your Pinterest Board!