"Dolon let's make Elo Jhelo" together" and that was how dida taught me the process of making Elo Jhelo years back!

She used to make small portion of Elo Jhelo for me and that was enough to make me happy years back. The crunchy sweet Elo Jhelo Nimki was something I have grown up eating with. However, it was not quite a frequent treat at my home. Dida (my mother's mother) used to make it mostly during Durga Puja. 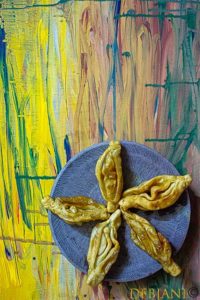 The name Elo Jhelo is quite weird; isn't it? Those who don't know this is a famous Bengali snack. Elo Jhelo is a sweet treat. Mostly prepared during Durgapuja these days I have seen people making it during Diwali as well surprisingly in the non-Bengali households.

Elo Jhelo; from Dida's kitchen to my kitchen! 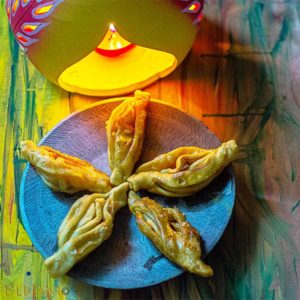 I never have thought of making traditional delicacies regularly at home or at all! However,  now that I am in Gurgaon and cannot go to Kolkata I have started making the traditional Bengali delicacies at home. In fact, this is how this blog, Debjanir Rannaghar has been started. Moreover, Dida is no more with us and hence, one must carry on her legacy and I am trying my bit to carry on the same. 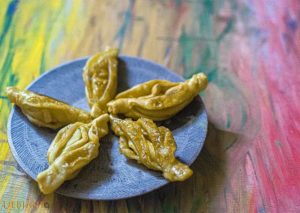 While making Elo Jhelo I follow Dida's recipe. I have seen her making it for years. The process is a bit tricky and hence needs proper knowledge to make it perfect. The process though is tricky, however, not complex. I have tried to show the step by step process through pictorials so that you can easily make it at home.

Elo Jhelo is a crunchy traditional Bengali Sweet-flavored snack. this is mostly prepared during Durgapuja. 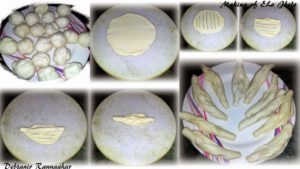 Do let me know how it came out. Also, I would love to see a picture of the same which you can share here on dolonchttrj@gmail.com. Meanwhile, on Instagram, you can use my hashtag #debjanirrannaghar. You can tag me at @foodofdebjani as well. 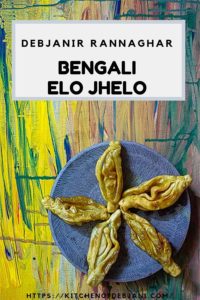