I am presently enjoying a lethargic phase in life; well not typically when it comes to my official work but obviously including of anything and everything related to my home. This means that no cooking (well almost) and as a result, I recently appointed a “Rannar Mashi” (cook) who fortunately is an amazing cook. With the help of the dose of lethargy, I didn’t make anything special or not so special during “Durga Pujo” and I didn’t even make Thakurer Sondesh (the Bhog I make for Durgastami every year) this time.

Okay as I am a typical Bong, I can't pronounce or write Sondesh as Sandesh. However, mother goddess probably was not happy with the lethargy episode and she decided to make our evening a bit horrible with rain on Nabami! It was the evening of Nabami and my little goddess (read Pasta) suddenly started nagging for ice cream! She actually was unhappy as I did not give her permission to go the pandal.

After having ice cream almost every day during Pujo she already had developed cough and cold and naturally ice cream was not something her mother would prefer to give her and finally she decided to escape the lethargy and made something for the little goddess. 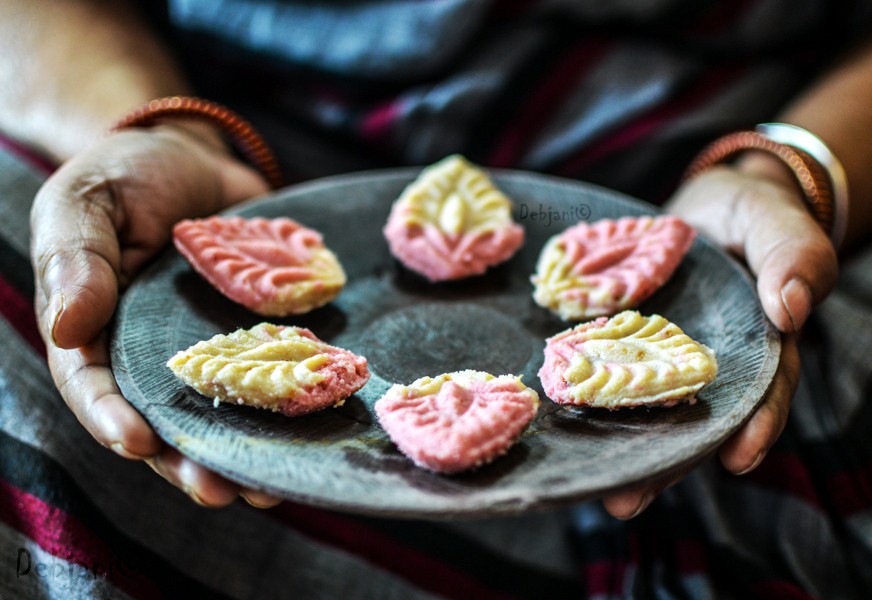 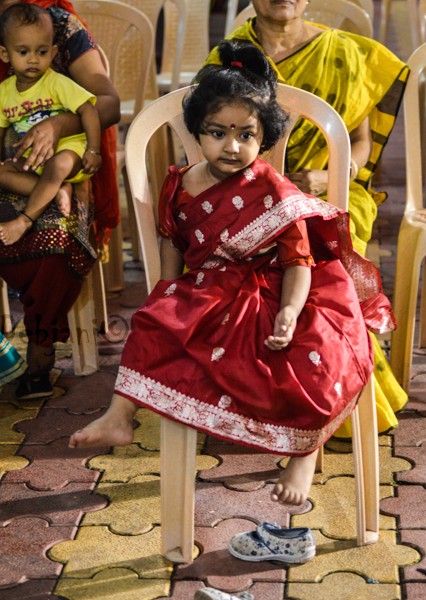 Two in one Ice cream memory!

I being an 80’s kid, Two in One probably is the all-time favorite ice cream to me; we used to have it during the marriage feast and even whenever there was something special and that includes securing good numbers in class or after winning a drawing competition. The decent and almost plain Two in One Ice cream was there all through the childhood of mine; when there were limited options when it came to ice cream especially in Kolkata. We used to have either plain vanilla or Two in one which was the Pink and the white beautiful thing with the special treat of strawberry; and sometimes chocolate.

My take on Two in One Sondesh!

Since Pasta was asking for ice cream, I decided to give that flavor to Sondesh. I madeTwo in One Sondesh which is nothing but a two flavored Sondesh with a dash of Vanilla and Strawberry. I, however, had another reason to indulge her with something sweet. My little pumpkin gracefully carried a Red Benarashi Saree all through the evening of MahaAstami and she even danced on a Mithun Chakraborty Number!

As much as I remember even Butterscotch came much later. However, coming to the Two in One Sondesh I made on Nabami, it was not ice cream Sondesh ( we refer Bhapa or steamed Sondesh as Ice Cream Sondesh) whereas it was simple Sondesh prepared from homemade Chana (Cottage Cheese) and flavored with Vanilla and Strawberry. While returning from Riyadh Mehebub came with 2 medium containers full of Strawberry Jam.

The Jam is having strawberry chunks within and it is more of Strawberry compote than Jam and I have used that instead of making Strawberry compote for the Two in One Sondesh. So naturally, if you are going to follow the recipe; either use store bought Strawberry Compote. You can also use a homemade one following the recipe I already had given along with the Panna cotta. 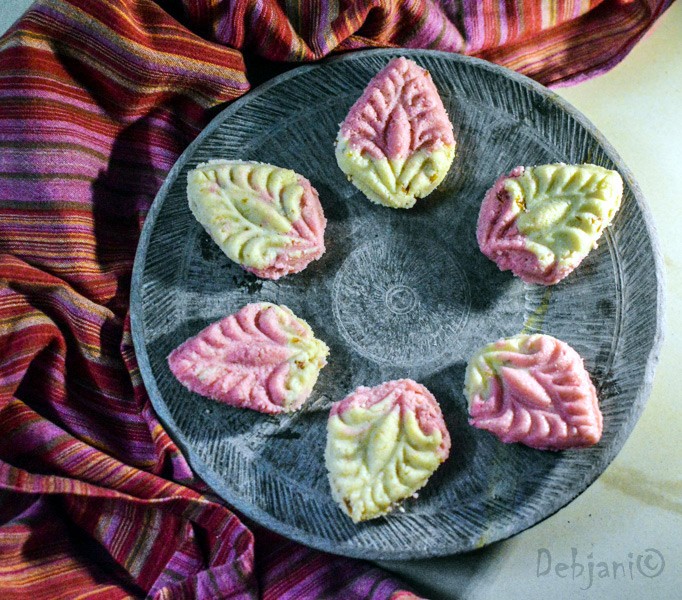 Coming to the Two in One Sondesh I made, it was not planned and naturally I opted for the ingredients readily available to me. I took around 2-litres full cream milk to make the Chana or cottage cheese and I used the extract from the vanilla bean instead of vanilla essence. As I already mentioned Strawberry jam with strawberry chunks was used and in addition,  sugar and condensed milk were used. I also have used my traditional terracotta Sondesh mold to give proper shape to my Two in One Sondesh. My little goddess found the Sondesh quite interesting as it has given her the flavor of ice cream differently. 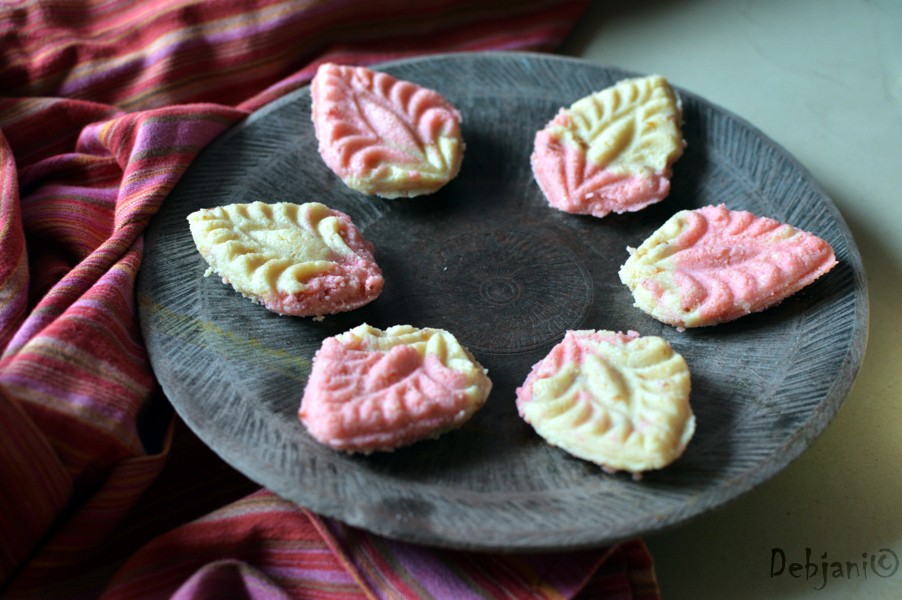 Here is how I make Two in One Sondesh at Debjanir Rannaghar:

Two in One Sondesh; not the ice cream!

The Two in One Sondesh I made on Nabami, was prepared from homemade Chana & flavored with Vanilla & Strawberry & shaped using the traditional terracotta mold.

To make Chana or Cottage Cheese:

To Make Two in One Sondesh:

To make Chana or Cottage Cheese:

To make the Sondesh:

As I already mentioned about Pasta's dance on a Bollywood number it is indeed worth sharing the same!