Rye Whiskey vs. Regular Whiskey: Which Is Better? 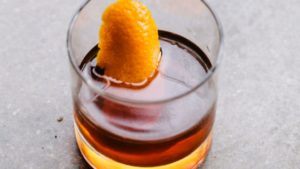 Whiskey, bourbon, scotch, rye… Aren’t those all the same? I get that you must be confused with all the differences among these particular products, even though you already know that they don’t taste the same. That is, of course, in case you have tried all of them out. Yet, whenever someone starts talking about these drinks and varieties, you probably get lost in the conversation, not knowing how to figure the differences out once and for all. This page might be of help.

Let me make at least one thing clear right away. The labels that I have mentioned at the beginning of the article all types of whiskey. So, since we are here to learn the difference between rye and the so-called “regular whiskey”, let us just make it clear that “regular” refers to all whiskey. From there, rye is a subset which we will be investigating.

After taking a look at this particular subset, we will try to determine which type is better. That way, you can decide what it is that you want to buy before actually making any purchases that you might regret afterward. I suppose you do want to have all the info before exchanging your money for any products.

That’s exactly what you will be getting in this article. In other words, you will learn what rye whiskey is and what makes it different from the “regular” on. Hopefully, those pieces of information will help you decide what would suit your taste buds the best, as well as precisely understand the quality of this specific drink that you have set your mind on.

If you are specifically interested in comparing this type to bourbon, here’s a nice read: https://thecocktailnovice.com/rye-vs-bourbon-whats-the-difference/

The term “whiskey” refers to distilled spirits made of a mash of fermented grains. To make this clear, the mash of fermented grains basically refers to a mix of wheat, rye, corn, malted barley, and, of course, water, which is then heated. What makes some types different than the others is the actual proportion of the grains, as well as the aging process. Of course, the proportion of the grains makes the biggest difference, especially when it comes to the taste. 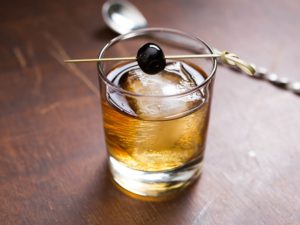 Now that you know how this particular spirit is made in general, it’s time to shift our focus towards the specific type in question, so that you can understand perfectly what this drink is made of and what it is that makes it so special. After all, that’s the number one reason you are here, isn’t it? So, let us get our facts straight.

I assume you have already heard about bourbon and I am mentioning it for one important reason. Bourbon and rye whiskey share one important similarity that you should know about. They both have to be aged in charred new oak barrels. That’s one of the things that make their quality unmatched and supreme, which is also why these two drinks are extremely popular.

Don’t make the mistake of thinking, though, that bourbon and, for example, Kentucky Rye Whiskey are essentially the same thing. If you remember what I have been saying above, then you know that the proportions of the grains play a huge role here and that’s exactly what makes rye whiskey different than bourbon or some other types of this spirit.

Essentially, this particular type has to contain no less than 51% of rye, meaning that the manufacturing process is what determines the difference. Given that this grain is a bit heartier than some other grains, this particular type will be spicier and rougher. That is a huge plus for some individuals, while others certainly prefer a different taste. Basically, it’s up to you.

So, Which One Is Better?

If you are wondering which whiskey is the best out of the ones that I have mentioned, I have some news for you. This all depends on your particular taste. The quality of rye is, thanks to the aging procedure, certainly something to brag about, which is why you can hear a lot of people say that it is better than some regular types. Ultimately, though, this depends on the taste of the grains that will either be to your liking or not.

Here are some more interesting read related to Whiskey from Debjanir Rannaghar!

Into the wild with Golfer’s Shot!