It is been long the readers of my blog and the viewers of my IGTV, as well as youtube channel, are requesting the video recipe of the Calcutta Biryani. It took me ten years to come up with the Kolkata Mutton Biryani post. Needless to say, I did not give much thought to the video recipe let alone the Kolkata Biryani Masala recipe. 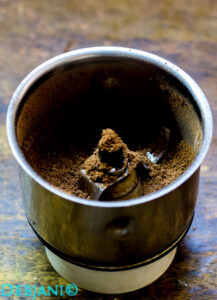 Why this sudden need of Kolkata Biryani Masala post?

Now that we are facing the lockdown to battle the pandemic of COVID-19, I have started sharing the recipes using easily available ingredients. When it comes to Biryani, we think that we need exotic ingredients, however, to cook a decent portion of Kolkata biryani we actually do not need exotic ingredients. In fact, some of the ingredients such as the essence can be kept for long. Keeping all these in mind, I captured the biryani video and this was the time I realized, I need to bifurcate the video. Else it will be a long one. 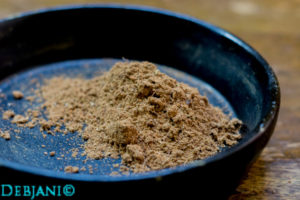 I divided the video into three parts, one for making Khowa at home; making Kolkata Biryani Masala at home, and finally making Calcutta Biryani at home. The blog is already having the recipe of Mutton Biryani; I have posted the video for Khowa making and now with this post, I am sharing both the written recipe as well as the video for homemade Biriyani Masala. Remaining will be the video of biryani making and the written recipe of homemade Khowa.

There are several recipes available for Kolkata Biryani Masala. I am going by the recipe of the Calcatta Biryani Moshla I learned from a village bawarchi who was kind enough to share his recipe. He cooked the Biryani during my daughter's naming ceremony in Birbhum and he is the family Bawarchi of the in law's! He has given me a few tips which are already incorporated in my Biryani post. 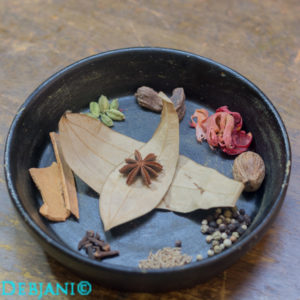 This recipe works for me while making Biryani at home. I am not claiming this to be authentic or followed by the restaurants. To be very frank, no restaurant will share their secret recipe. They mostly don't. The ingredients shown here will make around 2 Tbsp. Kolkata Biriyani Mashala which will be enough for biryani cooked with 500g rice and 1 kg meat or protein. 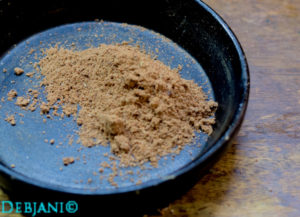 Have you tried the Kolkata  Biryani Masala recipe from Debjanir Rannaghar!

Here's the Calcutta Biryani Moshla Pin for your Pinterest Board! 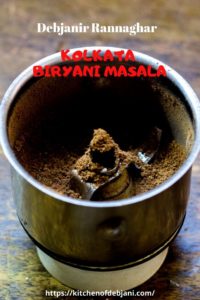