"Hey we are not in Kolkata and I want to have Kolkata Mutton Biryani! Can we make some?"

If you love me; you will give me the Nolir Har from your Mutton Biryani!" (Nolir Har is the heavenly marrow bone)

"Hey, I am feelling blue! It was a tough day at the office! Can we have homemade Kolkata Mutton Biryani"

"We don't have a budget to celebrate the birthday grandly this year! Will Mutton Biryani do?"

I can have the Mutton Biryani at any point in time. I am quite shameless and proud of this. To me Biryani is emotion. Well, by Mutton Biryani I am specifically referring to the typical  Kolkata Mutton Biryani; where Aloo is as important as the meat chunk. Not that I do not eat other varieties however Kolkata Biryani is bliss and is the epitome of comfort food at least to me.

This probably is the reason it took me more than 10 years to come up with the recipe for Kolkata Biryani. I had it N number of times in between though. Be it when for the first time I told my family about Mehebub; it was over Kolkata Mutton Biryani. This was part of our humble marriage feast. We had it as part of Pasta's naming ceremony as well as the 5th Birthday feast.

Kolkata Biryani is descendant of Awadhi Biryani which is, in fact, a known fact. This Biryani is signified by the aromatic rice; soft chunks of meat and most importantly the presence of Potato in it. In fact, potato makes it different. For further details, you may refer to my Kolkata Biryani or Biryani in Kolkata post as I am going to elaborate on the recipe mainly in this blog post.

What we have today as Kolkata Biryani is all thanks to the 10th Nawab of Lucknow, Wajid Ali Shah. Nawab was dethroned and banished from his homeland (read Audh) by the British. He was then relocated to Kolkata with his family. Not only did his family but he came here to Calcutta with his Chefs and staff. In Kolkata, he commissioned a replica of his old Capital in the Metiaburuz area of the city.

The linkage with Lucknow!

As I already mentioned, Nawab came with his set of Bawarchis and they ended up making a Kolkata version of Biryani which is signified by the presence of Aloo. They basically used local produce as part of their cooking and gave birth to a different genre of food. A set of people opined that potato was used because of the reduced worth in the Nawab's family. According to them, Alu was cheap at that time and hence was economical and included in Biryani. On the other hand, Nawab's family members are of the opinion that Aloo or Potato was an exotic vegetable at that time and hence the Bawarchis included it in Biriyani.

To me, both theories are equally interesting. Who can ignore the exoticness of Potato back in the 19th century on the other hand Biryani was a wholesome dish served to normal people as well then. Needless to say, another theory is also matching. By the way who cares, how Alu came? The important thing is we love the chunk of Aloo as part of our plate of Kolkata Biryani. Don't we?

Not that I have not tried cooking it at home however, the result was not a restaurant-sty;e biryani initially. I watched Bawarchis making the Biryani on occasion and a few tips that they shared helped me to learn the process of cooking Kolkata Biryani. I had it at almost all known and unknown Biriyani eateries in Kolkata and in other cities and in villages of West Bengal. One thing I understand it is difficult to get that particular flavor and texture at home.

There are certain perks when you are married to somebody who shares a different religious faith. We come to know about the beauty of other religions. We started knowing the culture, and food very closely. In our case, I am married to a Bengali Muslim and fortunately, we rejoice in both the religion; mine, and his. Let us take Biryani as an example. After Pasta's birth, we celebrated both Hindu Annaprashana and Muslim Akika, and needless to say food played a pivotal role in both programs.

We celebrated her Akika at Dadu and Dadi's place in the year 2014. My in-laws literally outdid themselves! I was shocked to see the arrangement and especially the grand arrangement of Mutton Biryani. A Bawachi was called from the nearest village just to make the Biryani for 300 People. I waited with patience and watch him make the Biryani

Pasta's 5 years Birthday feast was having Kolkata Biryani cooked by a famous Biryani Chef from Kolkata!

We have contacted one of Kolkata's famous caterers to make the Kolkata Biryani for Pasta's 5th Birthday feast. This particular caterer is known for its food. They are the first choice when it comes to handing over the cooking to a third party at my parent's place. I actually contacted a few restaurants in Kolkata to make the Biryani and finally ended up selecting the caterer who was happy to cater to my need of not limiting the meat pieces to one or two. They handed over the responsibility of making the Biryani to a Biryani Chef from the city. The Briyani was brilliant at least that is what I was told by most of the guests.

Here's how I cook Kolkata Mutton Biryani at Debjanir Rannaghar! 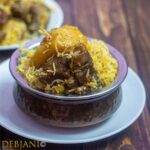 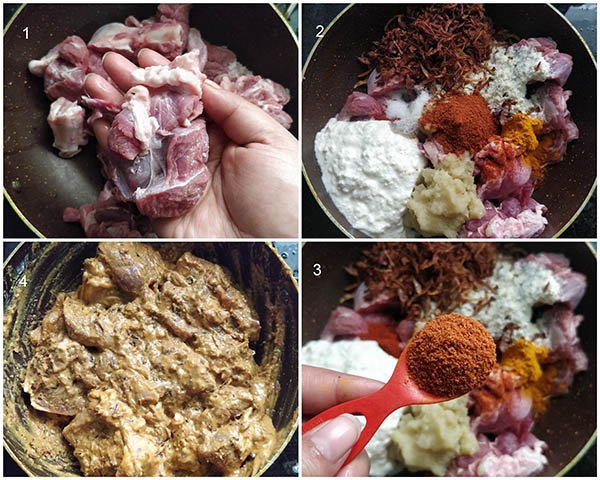 Making of Birista and Fried Potato: 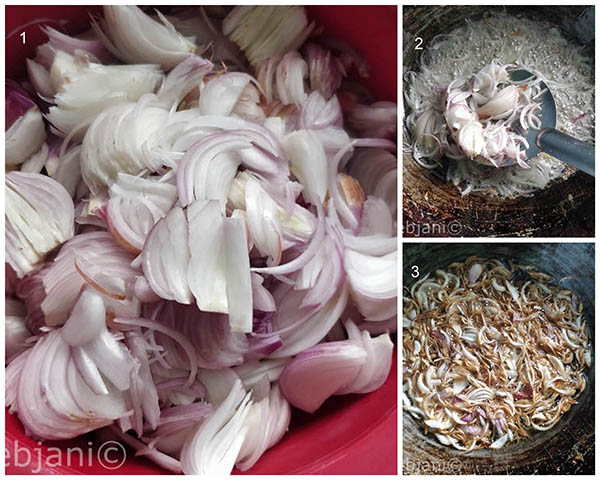 To make Akhni Water and cooking the rice: 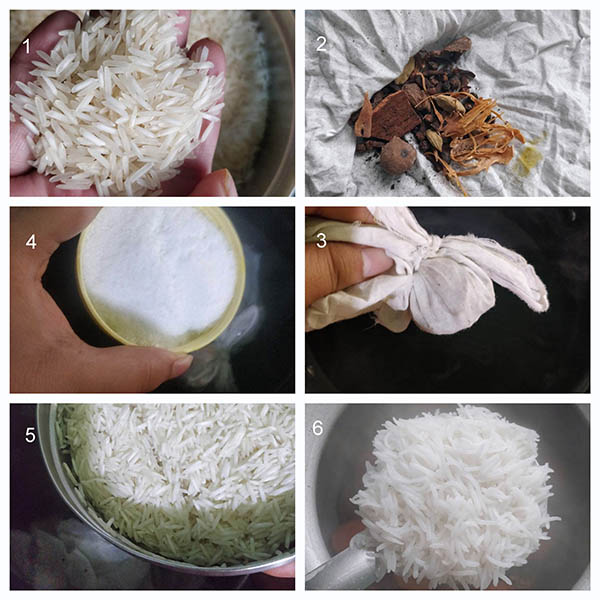 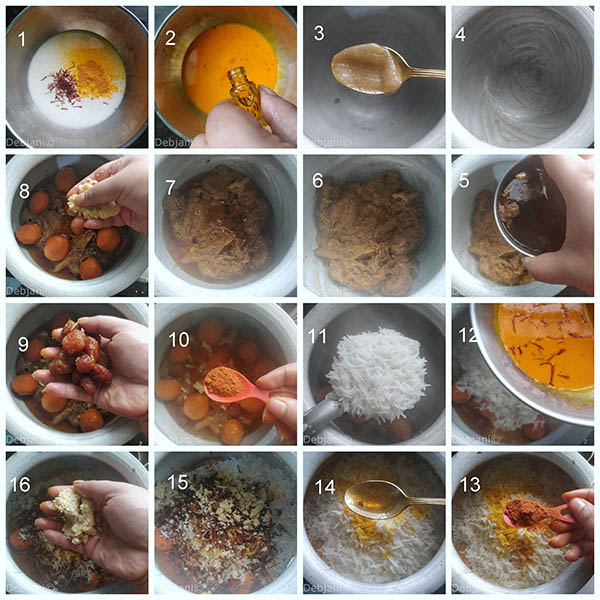 If using Aluminium Foil to seal

Have you tried the Kolkata Mutton Biryani recipe from Debjanir Rannaghar!

Here's the Calcutta Biryani aka Mutton Biryani Pin for your Pinterest Board!