A wholesome available veggie in a Bong kitchen is Aloo a.k.a Potato which is treated almost as a comfort food in bong cuisine. “Aloo bhate”, “Aloo Chop”, “Aloo Bhaja”, “Mangshor Jhol er Aloo”, “Aloo Posto” etc. are part of our common day to day meal. In fact in other Indian cuisine also Aloo / Potato has a prince like presence. Potato has its presence in international cuisines also and Jacket Potato is one of the internationally known Potato dish. 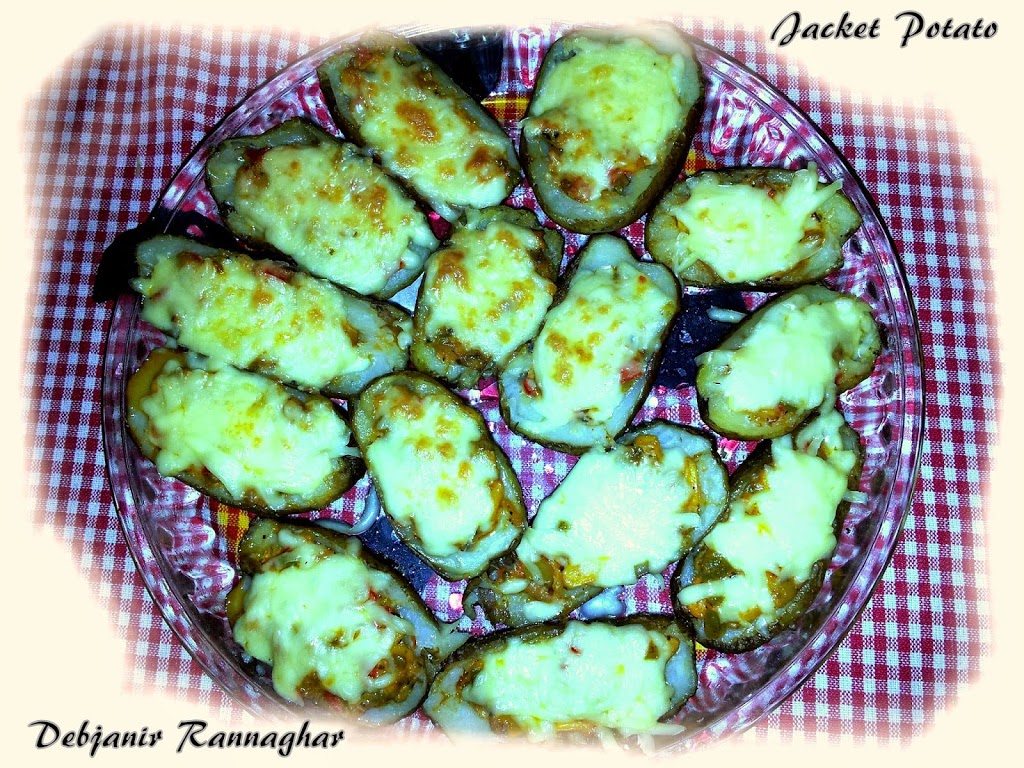 “A baked potato, or jacket potato, is the edible result of baking a potato. When well cooked, a baked potato has a fluffy interior and a crisp skin. It may be served with fillings and condiments such as butter, cheese or ham. Potatoes can be baked in a conventional gas or electric oven, a convection oven, a microwave oven, on a barbecue grill, or on/in an open fire. Some restaurants use special ovens designed specifically to cook large numbers of potatoes, then keep them warm and ready for service.”

As far as the stuffing of the Potato is concerned, both vegetarian and non-vegetarian version is common and there are several types of filling options available. I am sharing one veggie version and one non-veggie version which I prefer to use (these are based on the ingredients available in India).