It seems like yesterday when she was born; when I touched her for the first time; when I fed her and when we named her Pasta (her real name was fixed even before her birth when we were pregnant and when we didn't even had any idea about the gender of the baby but it was our intuition and we were sure that it’s going to be a girl – Renaissance)!!!!! And she turned one on 2nd September …. 365 days ….. 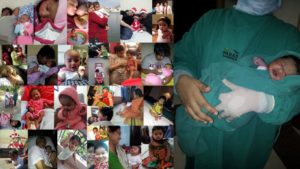 We have decided for a homely party for Pasta’s Birthday as we’ve already celebrated her Rice eating ceremony a bit loud …. But I wanted to make the day special for all of us and decided to celebrate the day on a foodie’s way (as usual) …. 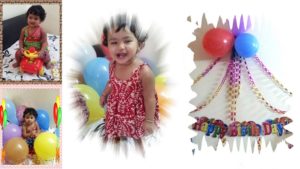 When I told Mehebub that I want to make her Birthday cake he reacted on a pathetic way!!!!!! “Please don’t spoil Pasta’s birthday with your experiment …. I am going to order a Barbie cake for her” and there starts the homely war over Pasta’s Birthday

!!!!! Momma vs Papai on Birthday Cake ….. And I ended on making a Rainbow Surprise Cake for her!!!!! My First experiment with icing won the battle (with Mehebub’s Black Forest Barbie) at least taste wise though the Barbie was super yuuuuum … 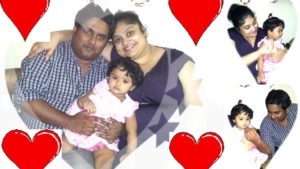 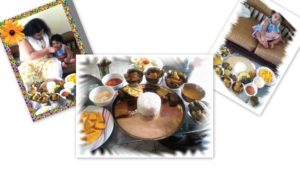 We’ve celebrated the cake cutting in the evening with very little decoration and with selected guests and served snacks and drinks in the evening party … Major Attraction of the Evening party was the Momma vs. Papai’s Cake Competition ….. 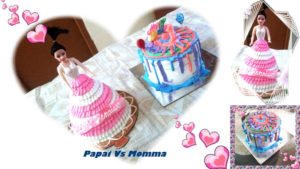 After lots of research we choose “Soda Bottle Open Wala” which is a Parsi Restaurant for Dinner and it’s just amazing …. There we ordered Chicken Farcha as Starter and then Parsi Paratha , Sali Ma Gosht , Berry Mutton Pulao and Iranian Masala tea …. 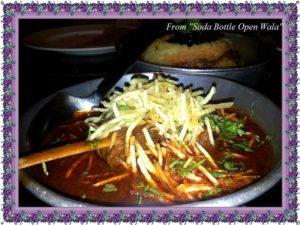 The day was special and in fact every day with Pasta is special … It was just a WONDERFUL day celebrating Pasta’s 1st year...