"Debjani what is it with the Bhetki Begum Bahar!" Mehebub asked last Sunday while savoring the gravy-based Bengali style Bhetki Begum Bahar with rice. Even I was also having the same. Pasta was done with the lunch and was least bothered about the question.

"What do you mean to say? Don't you like Bhetki Begum Bahar or what?" I asked quite surprisingly! As far as I know, he loves Bhetki Mach a lot. In fact, the market nearby us is loaded with the fresh supply of Bhetki Mach and needless to say I am purchasing the same quite regularly. In general, I make Bhetki Macher Aloo Phulkopir Jhol or a simple mishmash with the Fish-head or at times Pasta's favorite Chilli Fish. Bhetki Begum Bahar is not a regular dish at my place. It was the day after Eid and I purchased a big fat Bhetki Mach of around 3 Kg, My fish vendor make a few Begum Bahar pieces, some fish fillet for the fish fry and I took the entire fish fat to make Mache Tel Chorchori and used the head and bones to make Chanchra.

He then replied; "It is not that I don't like Bhetki Begum Bahar! I just wanted to know why this name and what makes it different than Bhetki Macher Kalia?"

"You mean you wanted to know the origin of Bhetki Begum Bahar?" I asked while finishing the last fish chunk that was remaining on my plate. Okay, here is what I know about this dish.

One of my favorite cookbook, Prajnasundari Devi's Amish o Niramish Ranna is having the recipe there. Also, I have heard about this particular dish from Dida a lot. What I assume it was started sometimes back in 19th century. Considering the cooking process, I think it is being influenced by the Chinese process of cooking. The dish is rich and maybe the name if I am not wrong!

By the way, this was a regular item cooked at home for the feasts, whenever Ilish or Chingri were not on the menu or at times with these two as well. I remember having it during Jamaishasti at Mamar Bari. Dida used to make it. The recipe calls for specially cut pieces of Bhetki fish and in fact, that signifies Bhetki Begum Bahar. Apart from that, the fish chunks are coated with a paste of All-purpose flour aka Moida which makes it different than other Bengali fish curries.

By then Mehebub was satisfied with my answers and we finished our lunch with Kacha Aamer Ambol. Needless to say, I clicked the pictures while cooking and also after cooking the dish so that a blog post can be formed. Here's how I cook Bhetki Begum Bahar and the tips and the tricks. 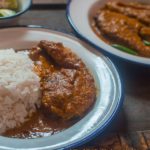 Bhetki Begum Bahar aka Fish  Begum Bahar is a signature Bengali fish curry prepared with Bhetki Fish aka Barramundi and this rich fish curry is a  marriage feast special.

To make the Spice Paste:

To make the Gravy: 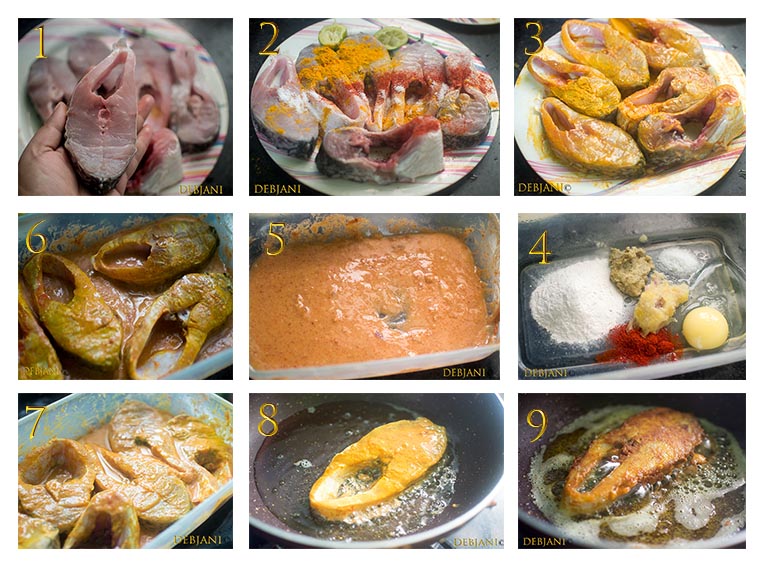 to make the spice paste: 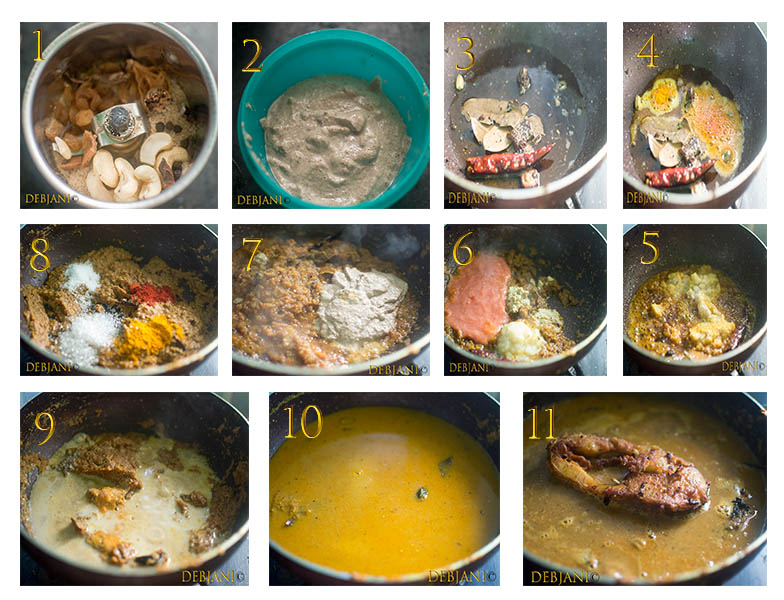 Have you tried the Fish Begum Bahar recipe from Debjanir Rannaghar!

Here's the Bengali Bhetki Macher Begum Bahar Recipe Pin for your Pinterest Board!