The minimalistic Decor; the mystic ambiance were what I noticed while entering the famous Kolkata based fine-dine. I knew what to expect there and again I wasn't sure what actually to expect there! I saw the open kitchen; the light and dark ambience and realized I was not only going to have my brunch but to experience the food! The vibe was there! By the way, I am talking about my recent experience of Gin & Tonic Brunch at Zen, The Park, Kolkata. 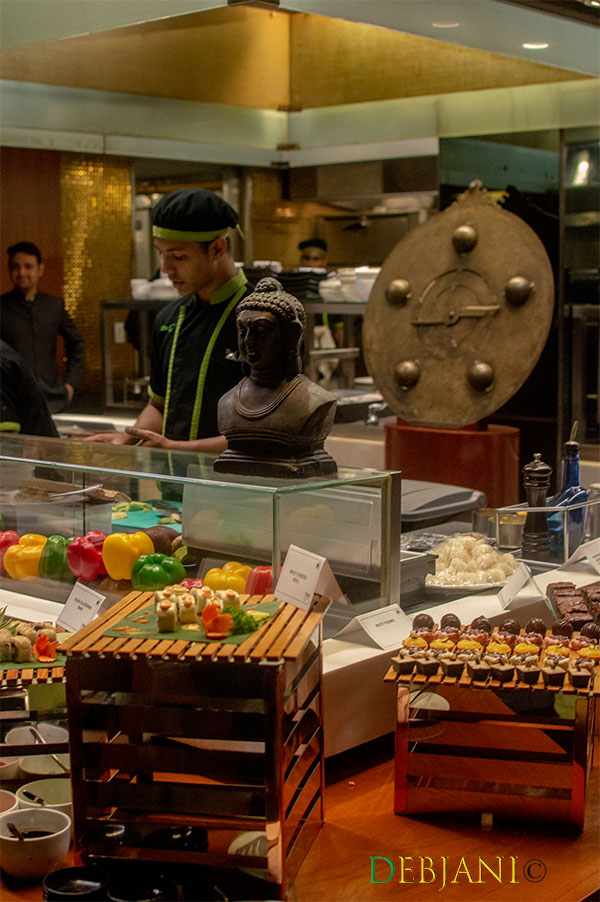 Zen for sure is a well-known name in the city and known for their vast Japanese, Thai, and Chinese spread. Have I just said Japanese? Have I said Sushi as well? 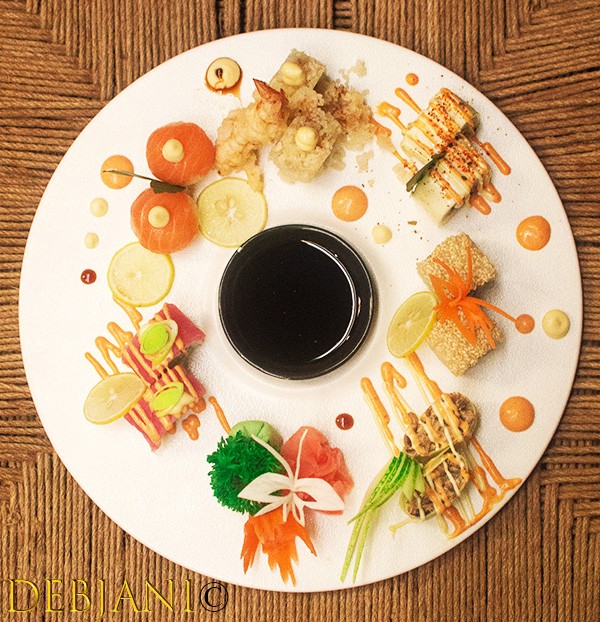 They say Making Sushi is art and they also say you cannot buy the happiness but you can buy the Sushi! I love my portion of Sushi, indeed when prepared properly. Before going further, this post is not about Sushi however, Sushi did play an important role while drafting the post.

Coming back to the Sushi, there are very few places in the city of joy where you can get "Good" Sushi. By good, I mean where the fillings, toppings, condiments, are proportionate. Where the Sushi is prepared with Sushi rice and where the fish is of good quality. 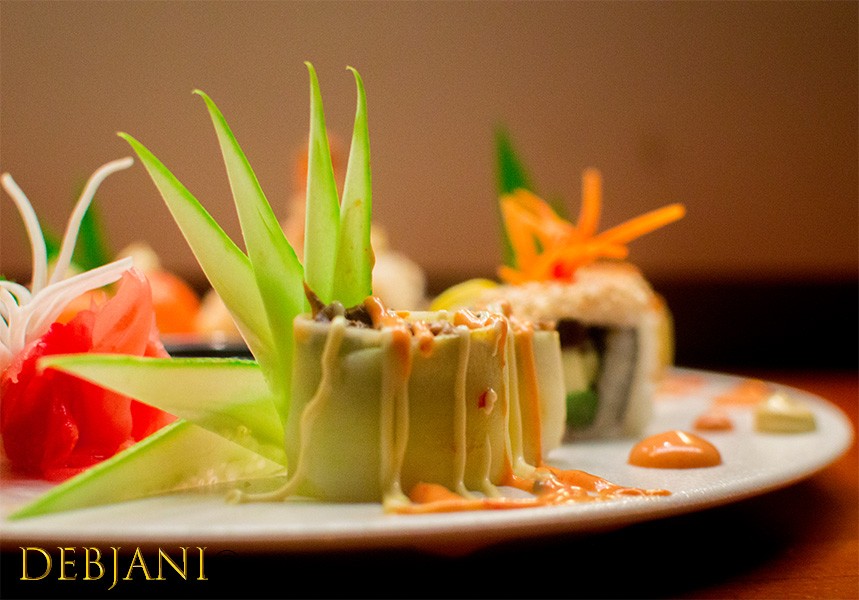 As far as my little experience of having Sushi goes The Zen at The Park, Kolkata is one of the best when it comes to this particular delicacy apart from Oberoi Grand's 363 or Taj Bengal. You may think why I am only referring to the 5-stars here. Well, my friend, even the middle-class me once in a blue moon prefer to savor the exotic food. Yes, the speciality restaurants are for those special experiences which we opt for once or twice in a year or more based on the pocket pinch.

Okay, I think I have done with my Sushi fascination and the Gin & Tonic Brunch at Zen, The Park, Kolkata is not at all about the Sushi :).

The Brunch is divided into the buffet as well as the dishes you can order from the kitchen and also the choice of alcohol. Here are what I found must have from the Gin & Tonic Brunch at Zen, The Park, Kolkata. 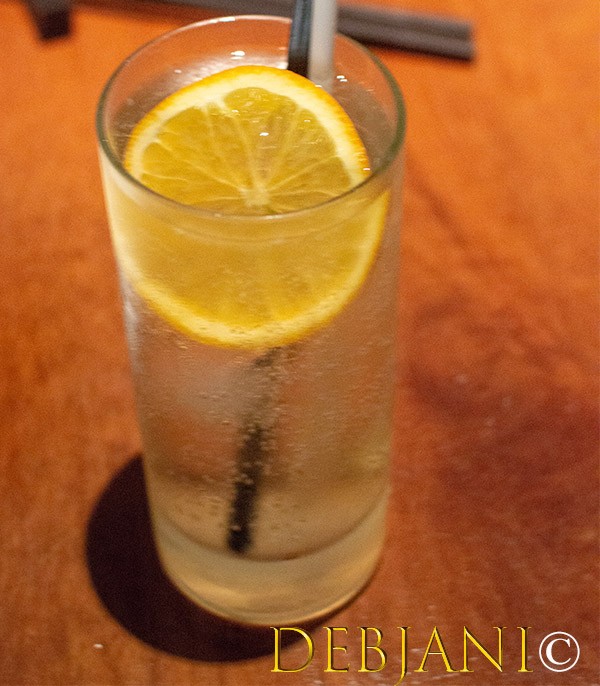 `The only rule at a sushi bar is to eat what you like, how you like it, and as much as you like. Anyone who tells you differently is full of it. The Japanese have traditions and traditional ways of eating. [Their] method of eating over the years has grown such that the presentation of food is nearly as important as how the food tastes.’ 😛 😀 . 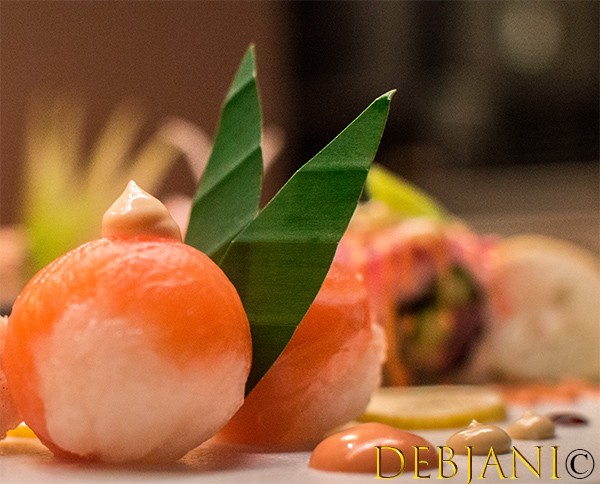 Here's a complete Sushi platter from Zen which Chef specifically made upon request so that I can have the cover for this post 🙂 . As you know me, I don't spend much time in capturing the food. So yes, I clicked and then I savored the Kinoko Sushi, spicy cheese roll, yasai california maki, spicy tuna roll, prawn tempura maki and salmon ball sushi. 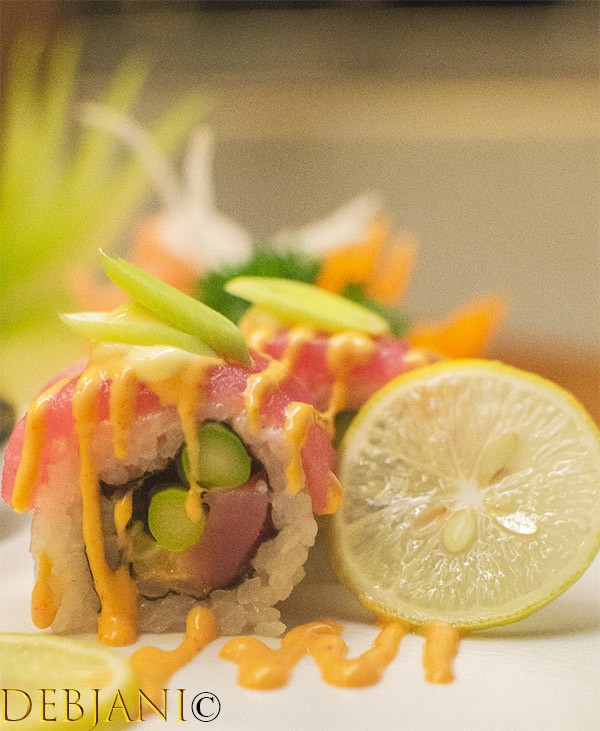 The Salad bar of Gin & Tonic Brunch at Zen, The Park, Kolkata was quite impressive. I have tried three Salads there. The Nam Sod; seafood salad and the Grilled Chicken Salad in small portions. However, ended on having a big fat serving of the Nam Sod. Nam Sod is a fresh pork Salad and a must have if you love pork and also love a spicy and vibrant salad. The Salad counter was having sufficient vegetarian options as well. 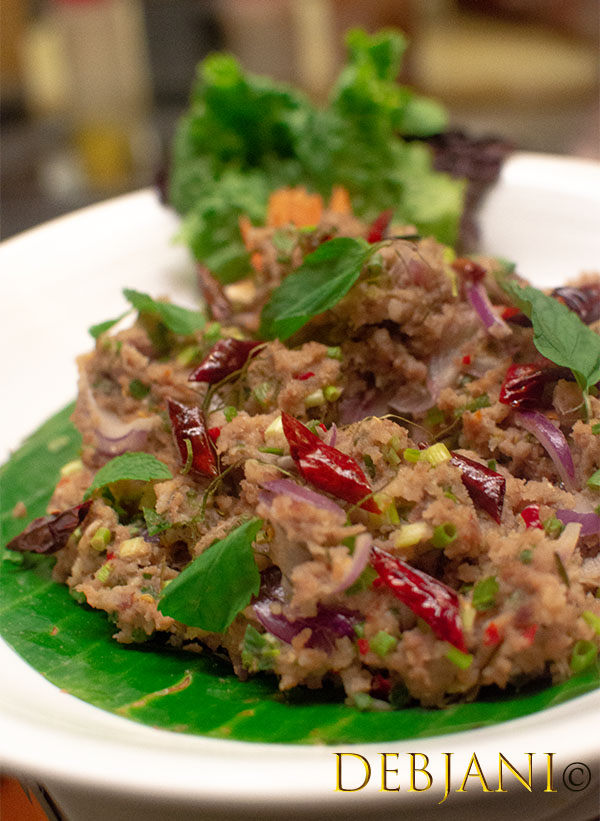 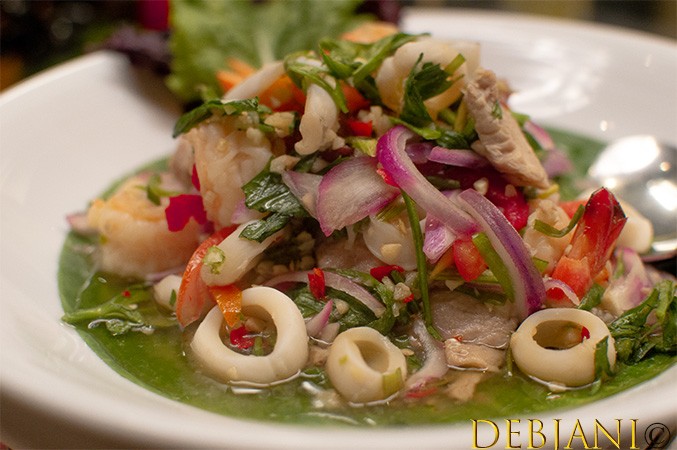 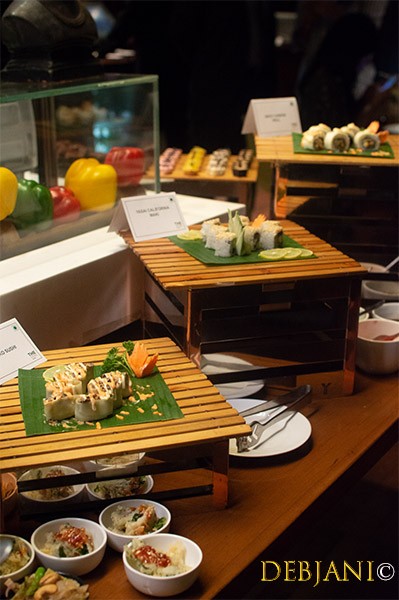 Given I had huge portions of Sushi and Salad, I skipped the Starters and Soup and ended on having Dimsums. I had a small portion of Asparagus & water chestnut crystals and Chicken & prawn hakkasui-mai. Both Decent! 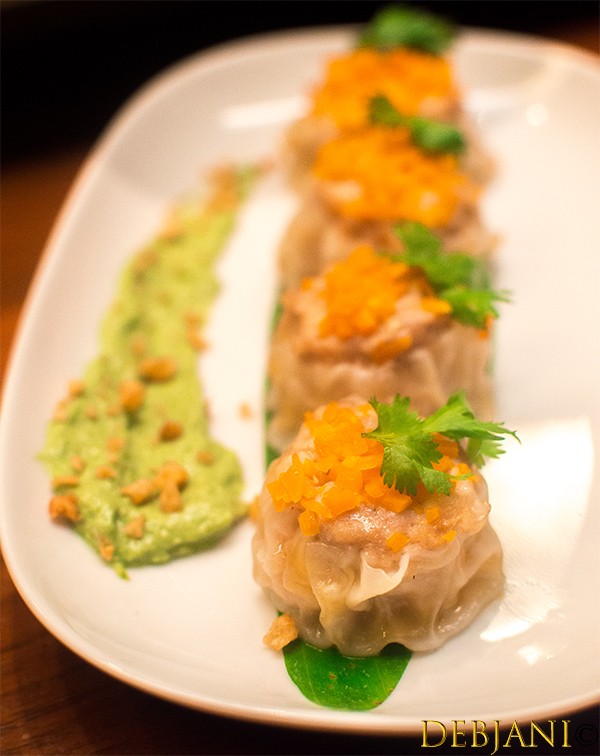 Coming to the Main and Side, I ended on having a small portion of Fish in the lobster sauce along with the Burnt garlic fried rice and Coriander noodles. Decent for sure, and very humble to the palate. 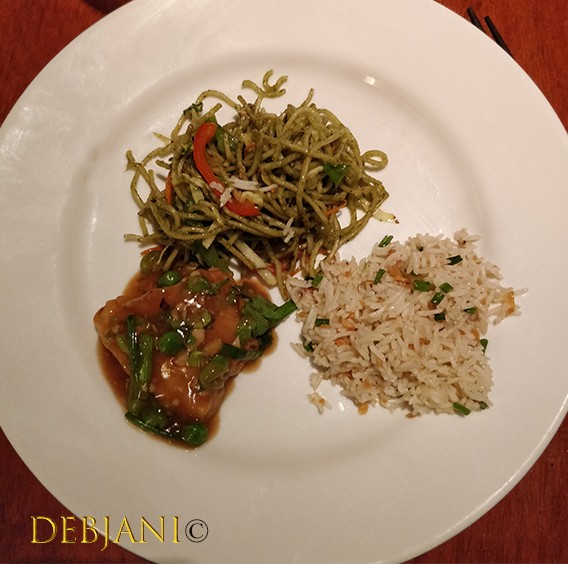 There was Rumball and those were from Flury's and I had it! Okay, I also had a portion of the palm sugar & cashew nut cheesecake. 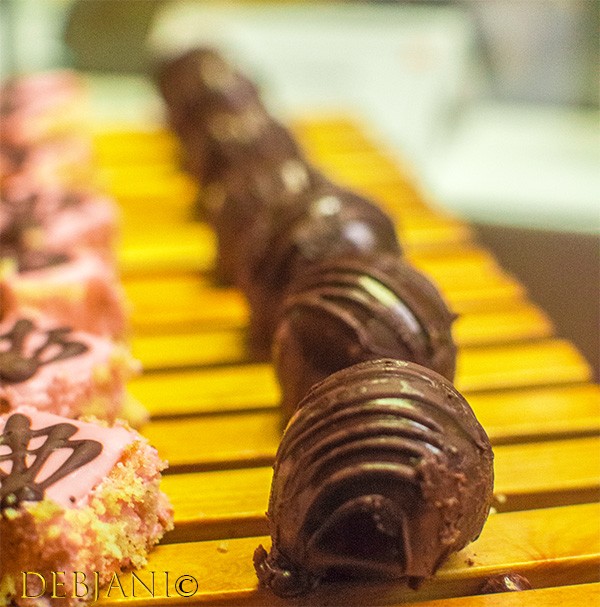 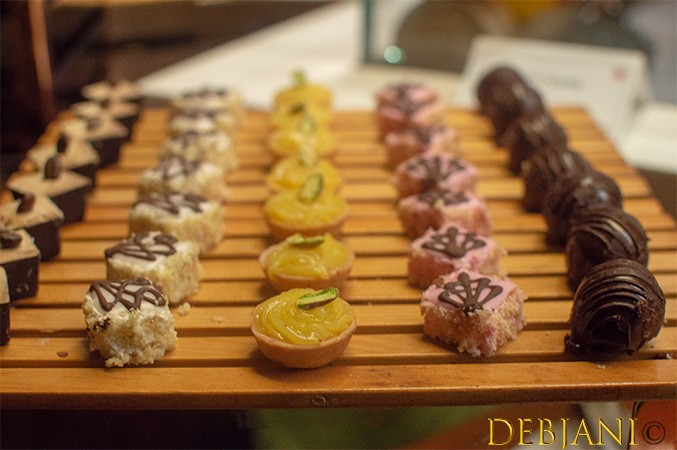 Last but not the least Cocktail!

I love my portion of Cocktail strong! The alcohol has to be there in good portion. I started with the Lichini and ended on having tsukemono kyuri from the smokey saga section. I decided to savour the drink and forgot to click a picture and finally captured something I found interesting! 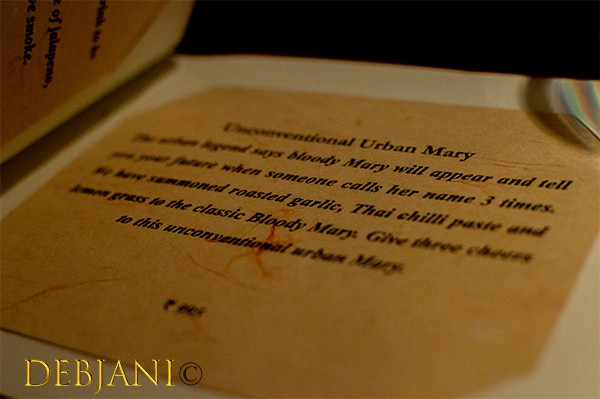 My meal ended with a cup of flavoured Tea!

Here are the things you must know about the Gin & Tonic Brunch at Zen, The Park, Kolkata!

Disclaimer: I was invited for the Gin & Tonic Brunch at Zen, The Park, Kolkata by their management.

« Luchi! Not just a type of flatbread but....
Ilish Shukto! The journey from Debjanir Rannaghar to Taj Bengal's Kitchen...... »