A cozy Chinese Restaurant, with simple Chinese offerings and great portion size; this is what China Wok to me. It was my first visit to the place and I was attending bloggers meet over there at China Wok. Minimally decorated, optimal use of the space and 4-5 tables; and that says all. They are having limited space and they have used the space perfectly where the ground floor is the kitchen and 1st floor is the dining area. 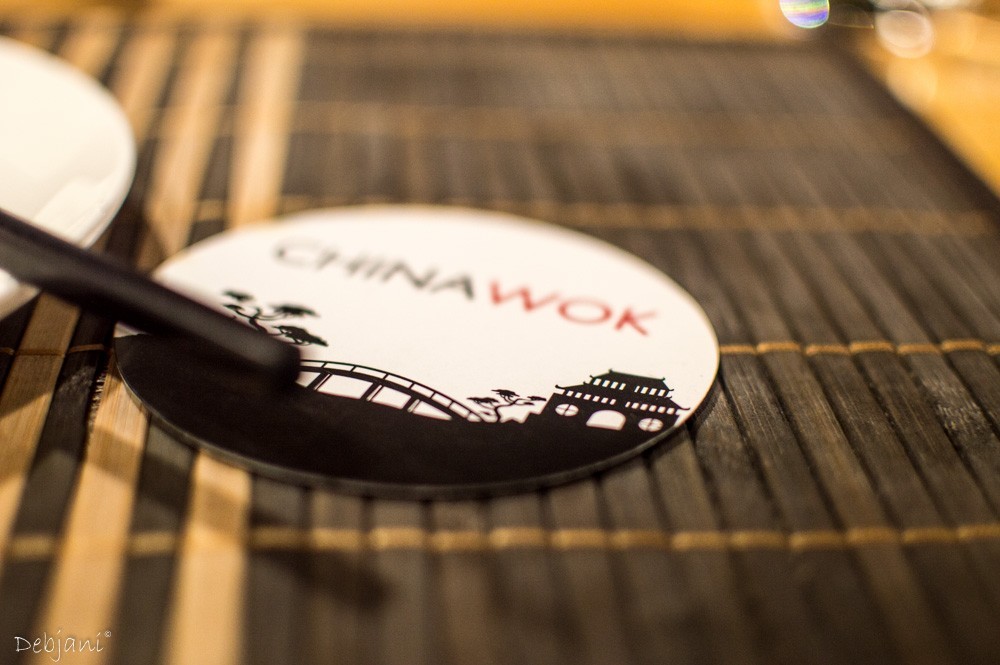 Coming to the food served, the first thing I noticed is the portion size and naturally the finance analyst me started comparing the price with the portion size which I found really good. Now coming to the taste, nothing was over the top but mostly on the average side, probably just the way a bong likes his/ her weekly Chinese food in a small joint near home.

The Eight Treasure Chicken Soup was for the best item served on that day; it was thick coriander and chili flavored soup with chicken and mushroom chunks. Next item served was Chicken Sui Mai which to be very frank I didn't like much given the outer crust was thick instead of thin and chewy however the dip served with the Sui Mai was worth having. As the last starter, We had Fish tossed in Keong Chili which was flavored with Kaffir lime. The Fish starter was moderately spiced and taste good but given I am not a fan of Basa it was not a typical item for me to cherish. 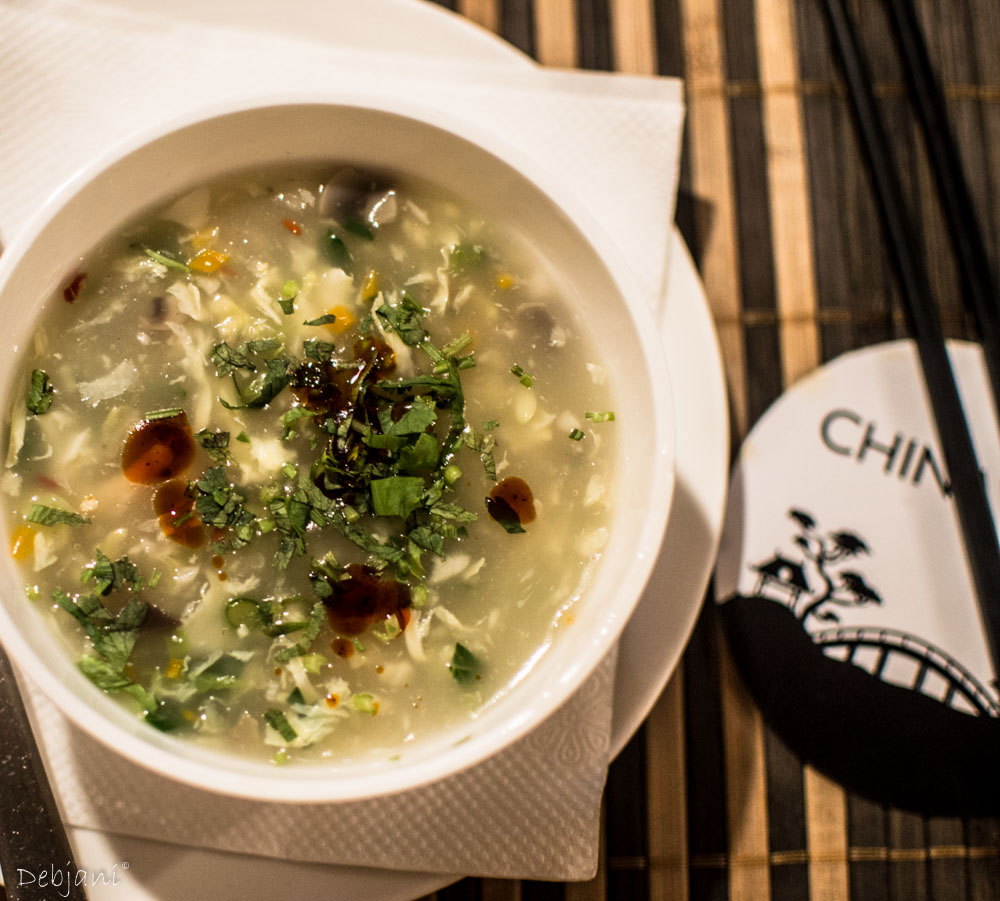 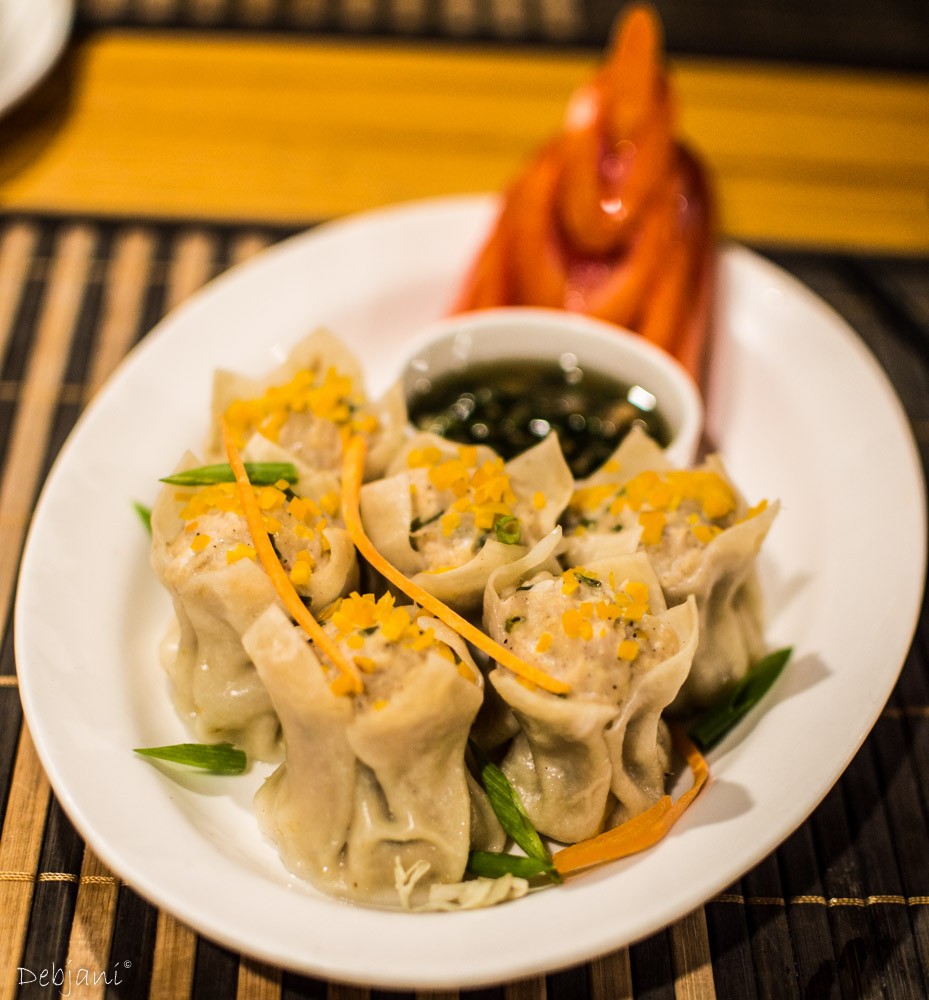 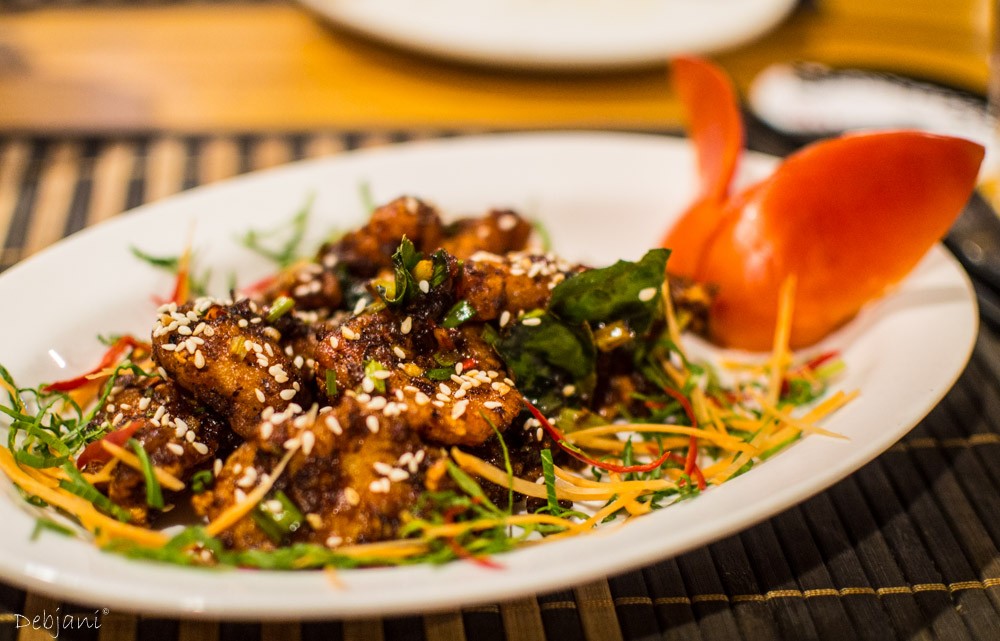 As Main, there was Egg Chilli garlic Noddles, which was served in abundance and taste moderate and was going well with the Pla Pad Prik Kraprow which is again a Basa dish cooked with Thai Herbs. Next main was Vietnamese Black Pepper and Mushroom Chicken Rice again with a good portion size. However, I found the rice dish a bit less spicy and flat. The Side dish, however, was quite good,  Tausi Chicken, where pan-fried sliced chicken and Mushroom tossed in Black bean sauce. 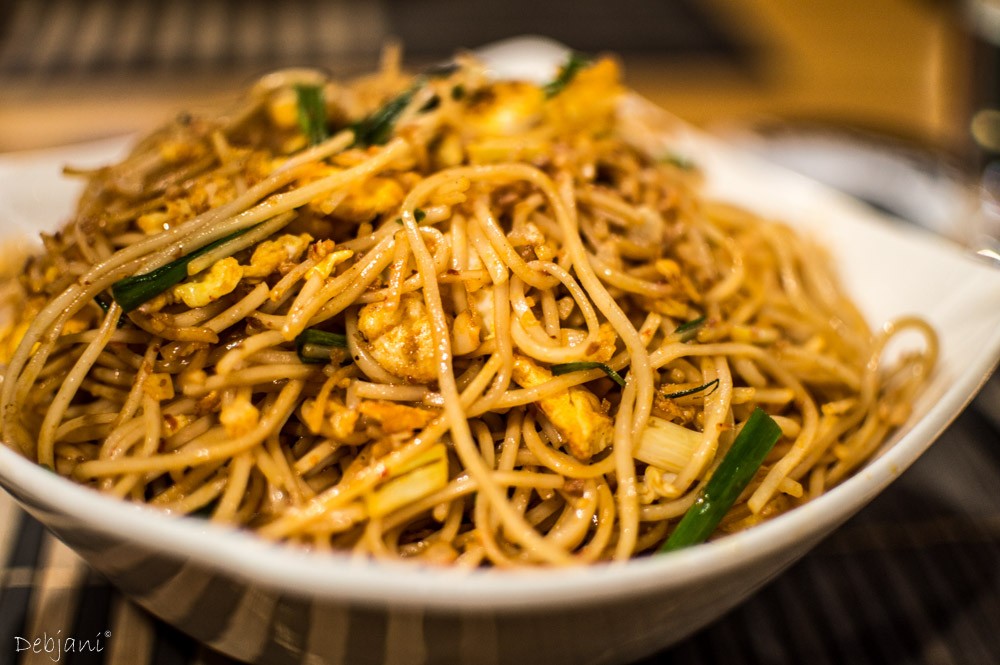 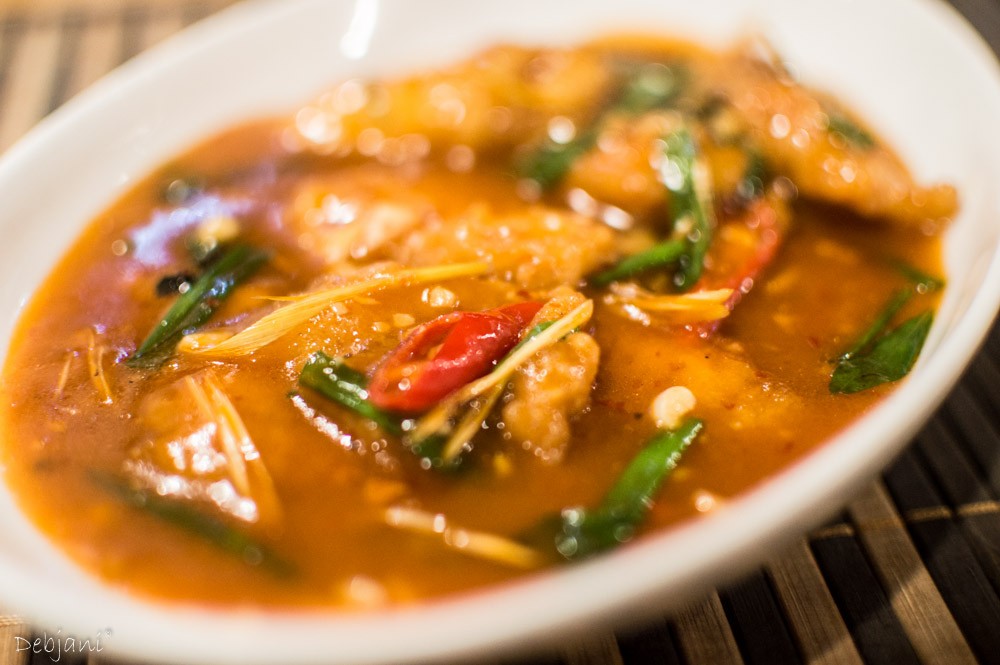 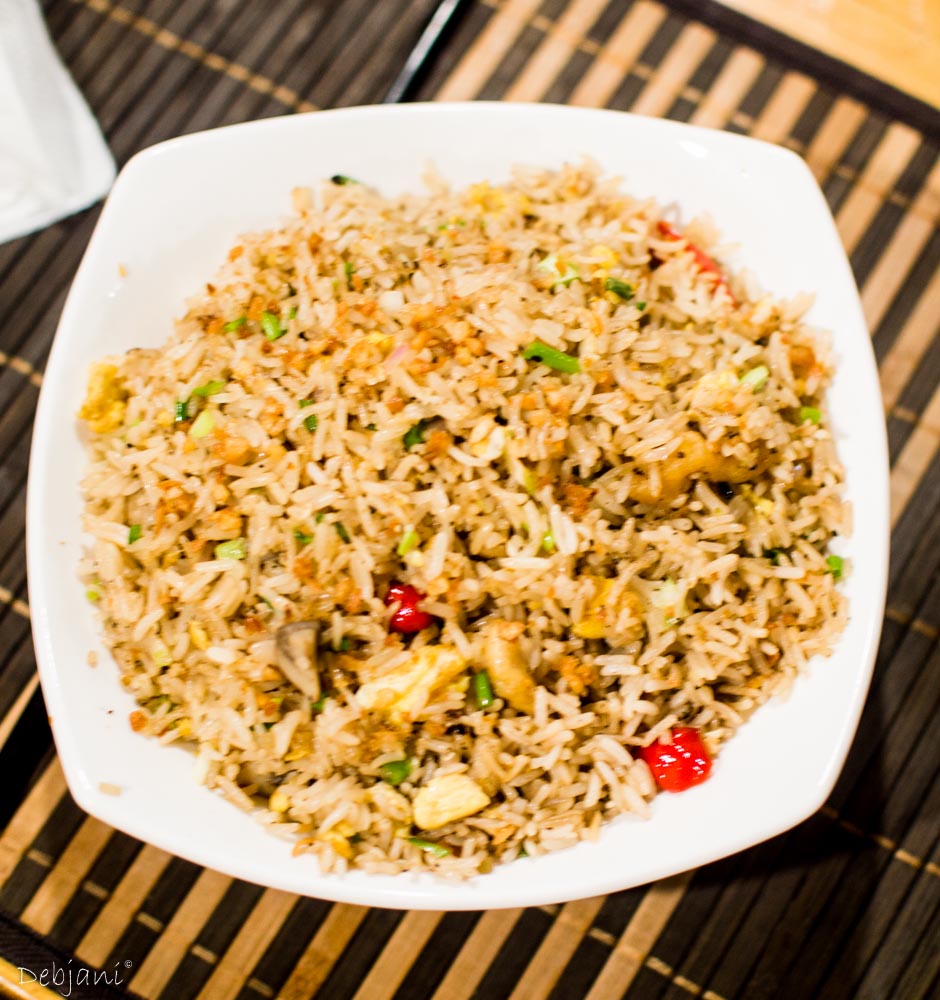 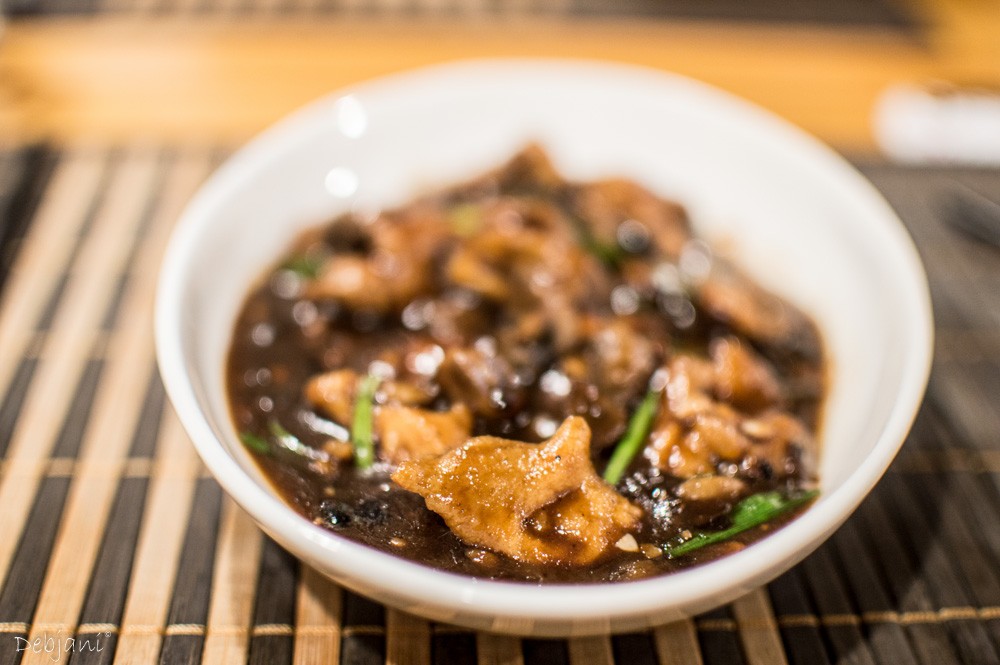 Our meal ended with  Darsaan with Vanilla Ice Cream, which was an average but safe dessert. The portion size indeed was good. 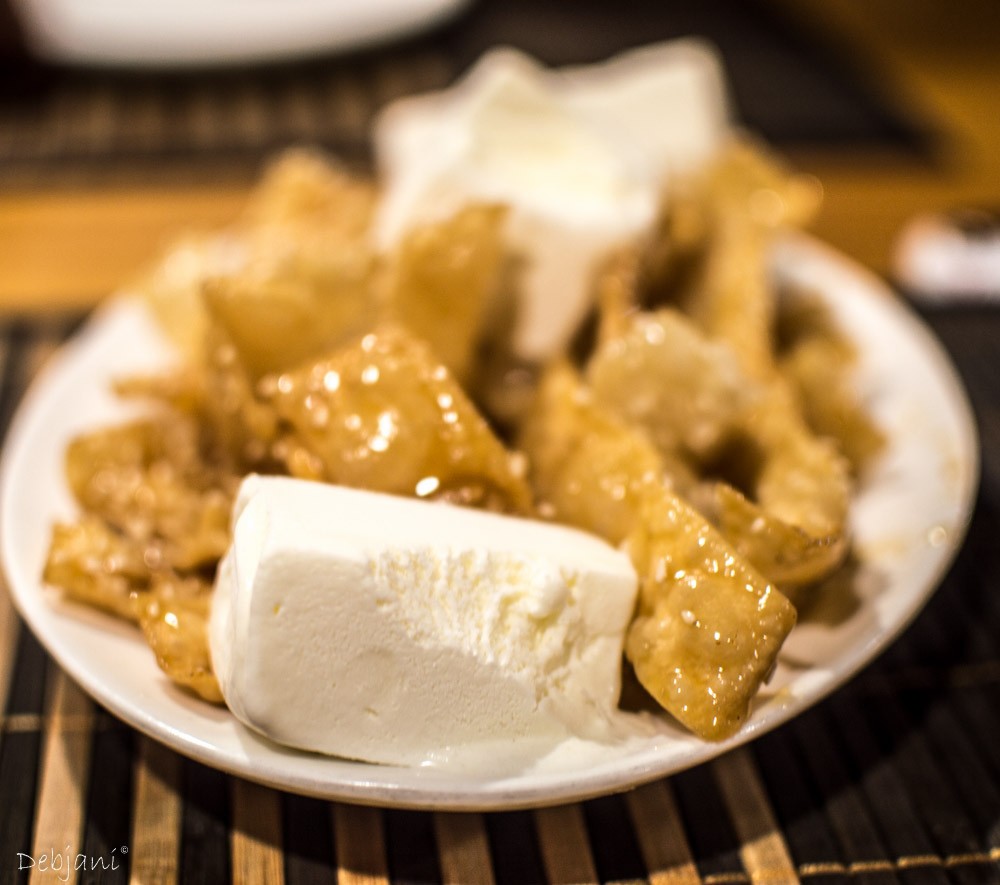 The typical bong me was happy with the good portion of food served but I cannot be able to give that much of goodie point to the taste. In fact, to my palate, the food was a  bit on the flat side but better than average. Do I want to go back there at China Wok! Well, yes for sure, for the sake of the good portion of Chinese food.

Disclaimer: Debjani was invited by the management of China Wok