It actually took me 1 month to come up with the post, and that is not because of the belly satisfying experience over there but the recent health hazard I was dealing with. Coming to My Big Fat Belly, let me share the weird thing first when I first heard about the place I decided to not to visit it and that is just because of the name! I mean My Big Fat Belly, errrrrrr….. though I was told about the insanely good Burger they are famous about several times but somehow I was not happy with the name and not visited it; well before the 3rd anniversary meet of Kolkata Food Fanatics! Then, my friends, I forgot the name and just enjoyed my food there and then there was Pugtato, and I was in love with him. In fact, it was love at first sight!

A cozy food joint with cheek interior, My Big Fat Belly can accommodate around 20 people in their present set up and nowadays is the talk of the town for their burgers but if you ask me I will vouch for the Pork sausages! Okay, let me not complicate the things and share the details about the dishes we tried there and believe me that is a tough task as we actually had belly satisfying food there! 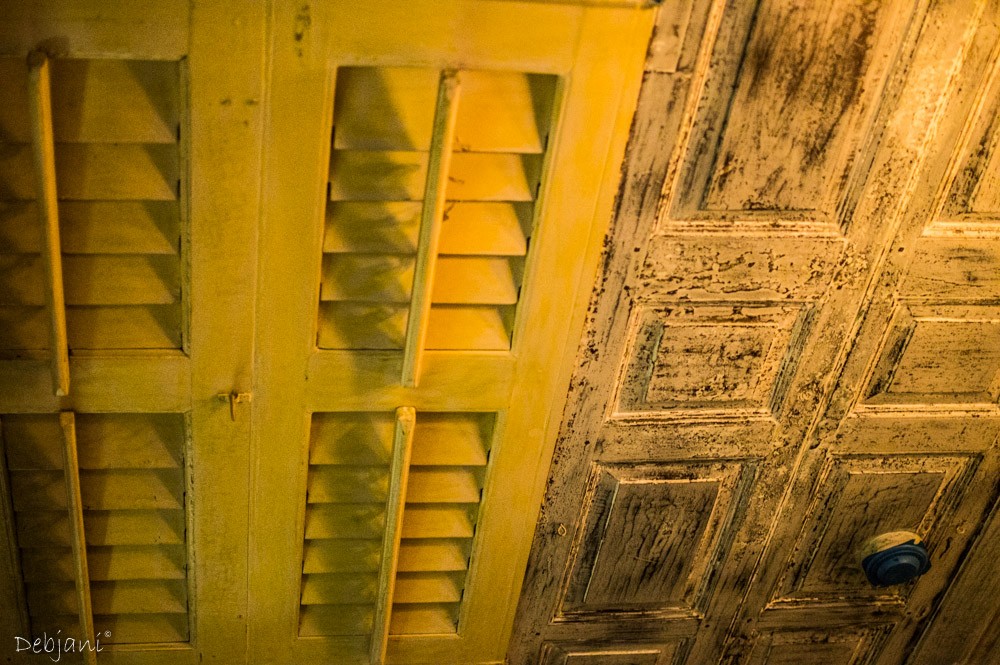 The evening started with a choice of mocktails; Watermelon Mojito, Green Apple iced tea and different flavors of Virgin Mojitos. I decided to have Coke zero followed by the Watermelon Mojito though I have tasted other drinks from my friends. The first item served was Nachos with in-house cream cheese deep followed by the Green and Feta Salad with Fig. Though both the items were worth having but the nasty person inside me decided to not to indulge my appetite with the salad and nachos as I was well aware of the entire spread.

The sausages came next and there was the choice of Chicken and Pork and to me, those were the surprise of the day. I was not expecting to have some real good pork sausages and obviously, I ended on having 3 serving of the same without the little bit of shame. The chicken sausage was good as well.

Next on the list was the Fondue platters and we were spellbound! Well, I have not tried the Veg fondue for obvious reason but me and Dolon literally hijacked one full platter of no-veg fondue and had the same without sharing with anybody and why not; it had the perfect prawns and bacon and the dip and we heard from our vegetarian friend that they enjoyed their portion of fondue with mushroom thoroughly.

There was Pizza then and I had a portion of the Pepperoni Pizza and decided to skip the vegetarian one served as I was almost done with my capacity of eating by then. As the main course, I decided to have the Baked fish with Gandhoraj Lebu and Cheese Deep which I finally asked them to pack for me as by that time I tried a portion of Lamb Shank as well as The Big Bong Burger from my friends and the burger was heavenly! By that time I was almost done as I had a good share of the KFF’s celebratory cake and decided to skip the dessert that was part of the menu. Coming to the baked Fish, I had that next day and the taste was mind blowing.

Well, I will for sure visit the place in future as now I am satisfied with the food and have no problem with the name!

Disclaimer: The spread served at My Big Fat Belly was a specially curated one for KFF.

« Into the wild with Golfer’s Shot!
Quinoa Pulao with Spice infused Paneer and Review of Olive Tree products »