A few days back I visited Abcos Food Plaza to sample their newly launched  Brunch that now has been started from 8th January.  It was a nice wintery afternoon and I was there with fellow blogger duo Anindya and Madhushree, in fact, the invitation came through them. I was not aware that the restaurant actually belongs to a famous travel blogger. I didn’t even recognize Amrita over there initially. Amrita shared that she is presently helping her father.  It was a bit different than typical bloggers meet we generally attend, as the invitation was restricted to a small group and two friends were not able to make for the day. 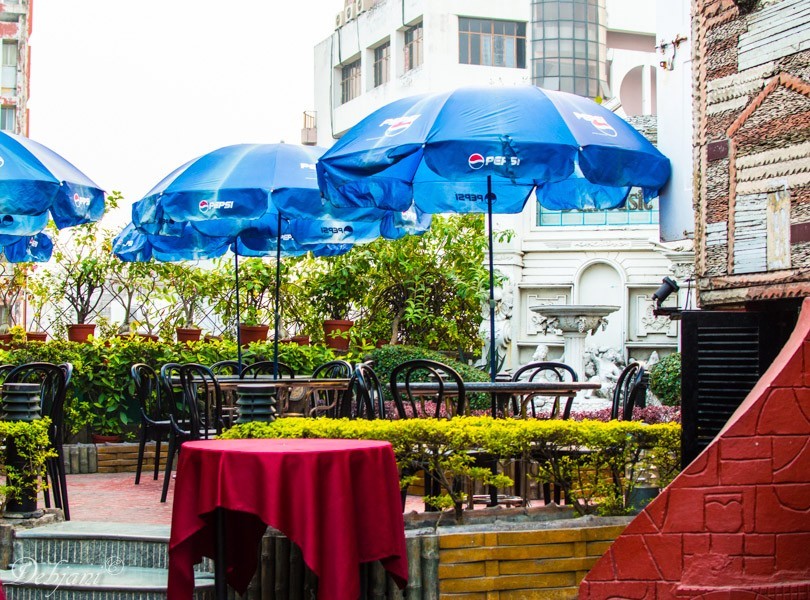 The first thing I noticed was the view from the terrace. To be very frank I was not expecting that view over there, a beautiful rooftop with loads of greenery and a small fountain, some chairs, and a tandoor, it was just perfect for a wintery afternoon.  Both I and Anindya were quite happy seeing the natural light as we both were in a mood to click something good.

As the place was perfect, so the ambiance is, we ended on discussing the various things including Anindya and Madhushrees’ Restaurant venture and by that time we were offered with the choice of cocktails. I naturally started with a Bailey’s based cocktail, Bailey’s Winter Frost which was a perfect blend of Bailey’s Irish cream, brandy, fresh cream, and egg white and nutmeg powder. I, in fact, had two servings of the same while Madhushree opted for the Mulled Wine and Anindya restricted himself to Beer.  They are having Red Wine Sangria as well as Smirnoff Winter Hall which is a blend of Smirnoff, curry leaves, fresh coconut water, and fresh lime juice and coconut syrup. I found the later quite good. 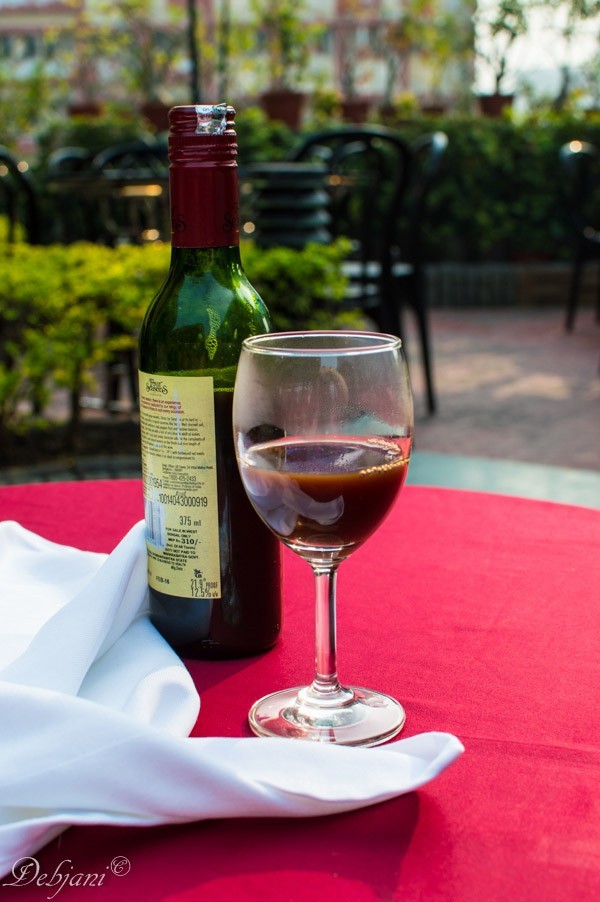 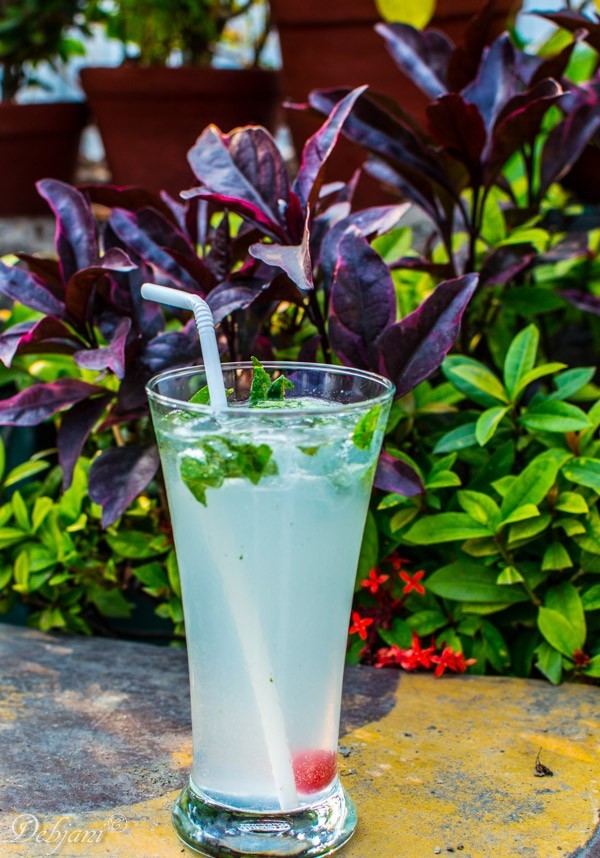 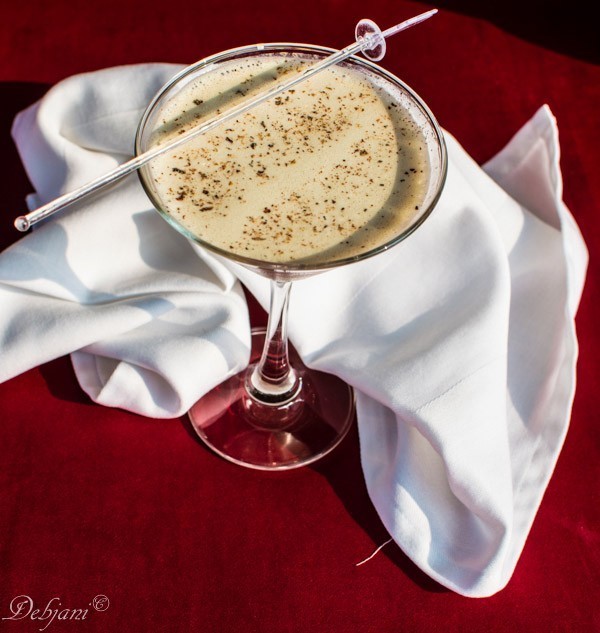 For the Brunch menu, they are having two options, Indian and continental and it is not a typical buffet setup. We decided to try out few items from both Indian and a Continental option given the menu is quite big if we consider both together. From the Indian menu the Chilli Cheese Toast and Akuri on Toast are quite good and filling and the same applied to the Chicken Sausage Grilled Vegetables from the continental part. For the main, we opted for Luchi with Kosha Mangsho which was decent but I vouch for the Chicken Stroganoff, I tried from the continental menu. We have had both Gajar Ka Halwa and Crème Caramel and both the dishes were worth having. 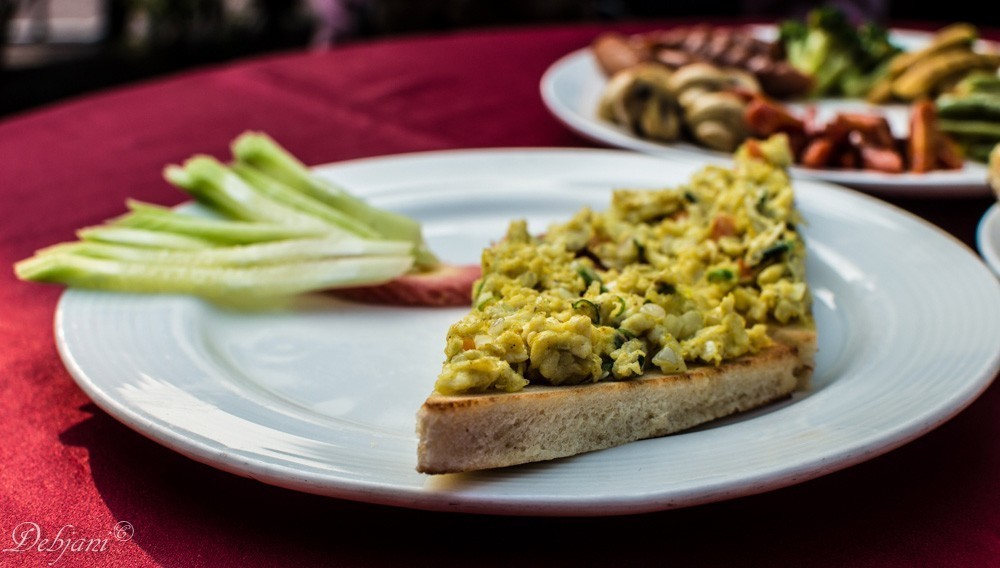 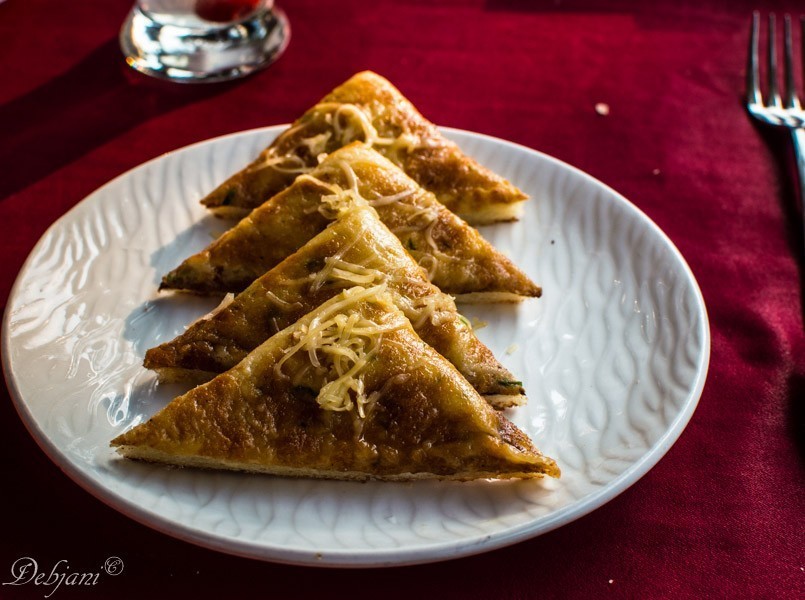 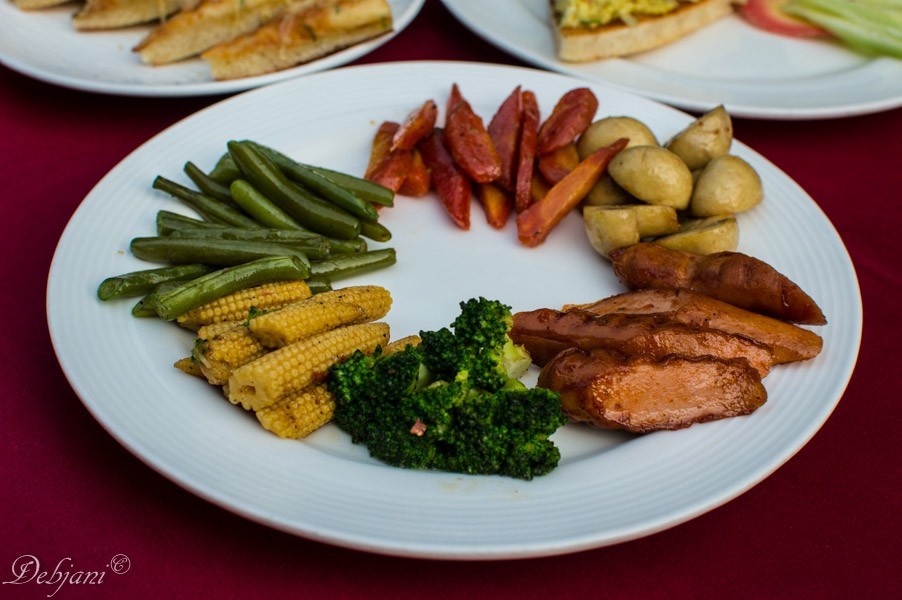 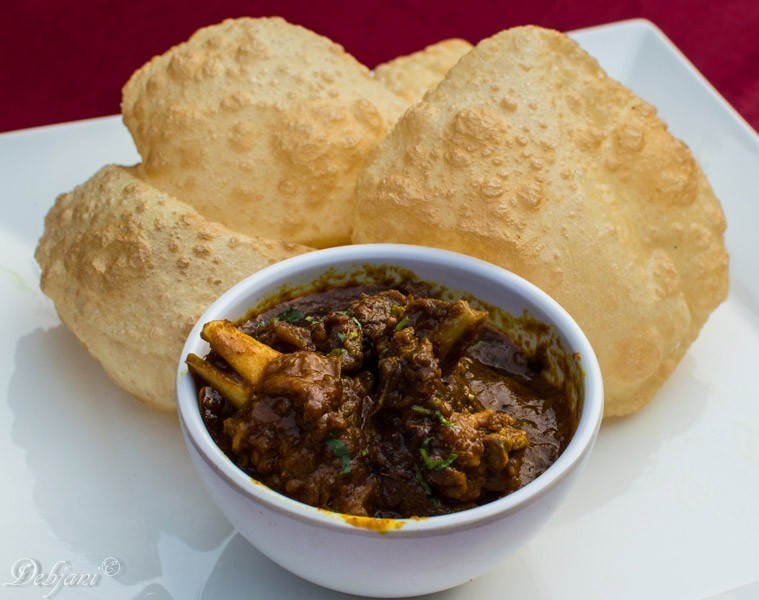 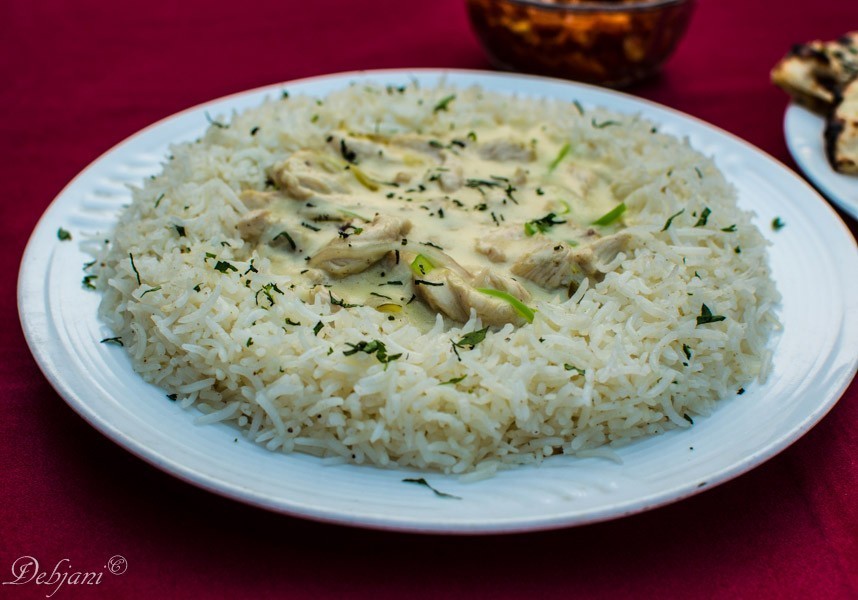 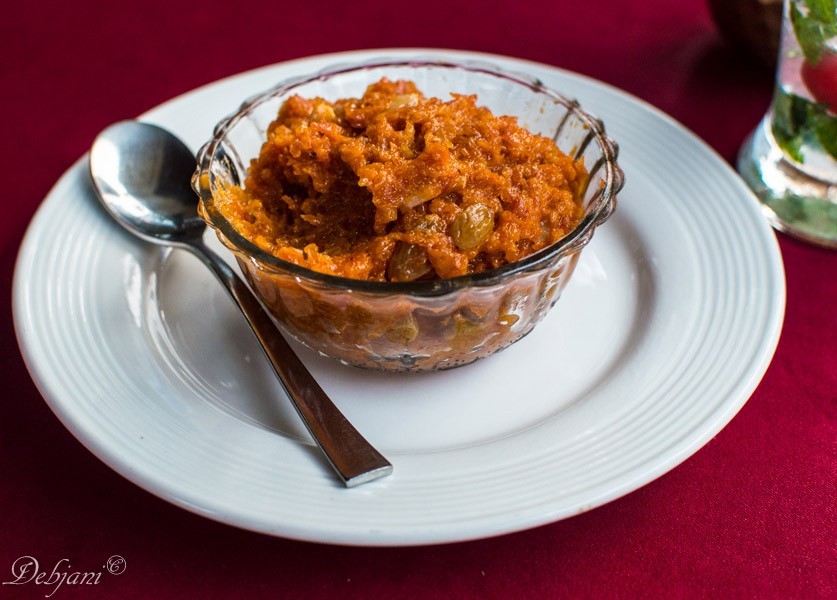 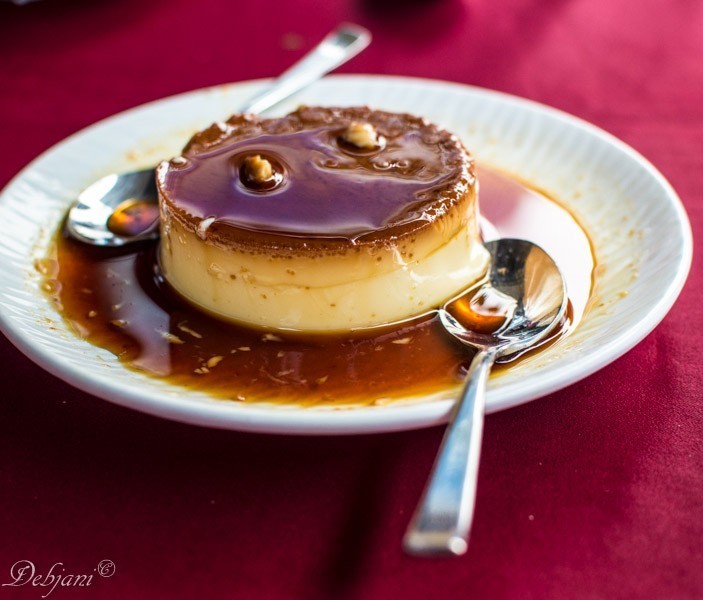 Though not part of the Brunch menu but we tried one dish for which Abcos Food Plaza is famous, the ‘Elaichi Raan’ and nevertheless to say it was good. The portion size for both the Raan and in fact the spread of the Bruch is something I found really good and well matched for the Indian palate.  For me, the Continental spread was better than the Indian one, though. 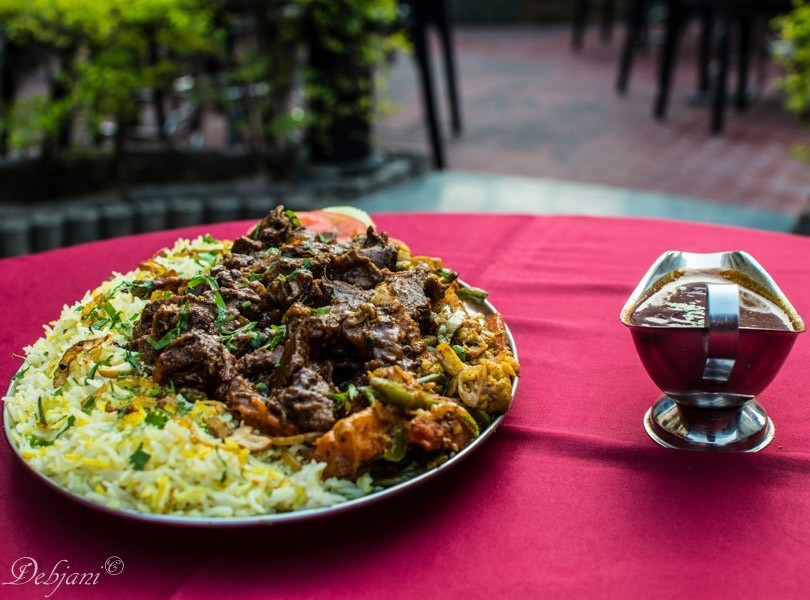 Abcos Food Plaza has started the Brunch from 8th January, 16 at the Rooftop and the brunch is only going to be available on the Sundays. They have priced the Brunch at INR 399 for veg and INR 499 for non-veg which is exclusive of taxes and inclusive of either two 330 ml Beer or r 2 nonalcoholic beverages.

Disclaimer: Debjani was invited by the management of Abcos Food Plaza for the brunch.