A few weeks back I got an invitation from Mumbai Local, the vegetarian food joint located at Ballygunge for food tasting along with fellow bloggers and food enthusiasts and well the dilemma started as I knew the options are going to be Veg! It is not that I don't like vegetarian food, in fact, irrespective being a hardcore non-vegetarian I enjoy my portion of vegetarian food as well. To be very frank I enjoy visiting the restaurants that serve only vegetarian food once in a while to just to change the palate. It was a nice evening and my first visit to Mumbai Local though I have visited another Restaurant by the same owner, Gabber’s Bar and Kitchen.  I was not expecting anything more than Gabber’s as I checked the menu before visiting and in fact, I was a bit skeptical about the entire concept as Gabber’s is actually one of my favorites from the typical genre it belongs and naturally, the expectation was at least something on par with that. 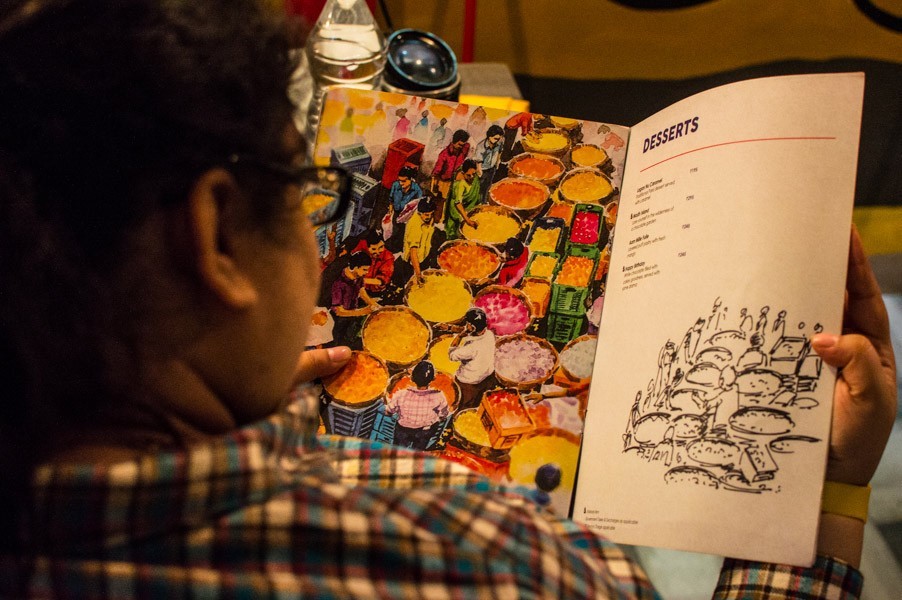 I actually decided to stick on the taste instead as if we consult the menu in both the places, the only difference is probably the type; where Mumbai Local serves only vegetarian food and Gabber’s is for both the option and is known for molecular gastronomy at least in Kolkata. However, I found the décor at Mumbai Local fresh and somehow revisited my days of Mumbai through the murals. It was nice to see the filmy scenes, local train journey etc. through murals and the overall use of chick furniture and the bright colors acrtuallly justified with the name and the theme of the restaurant. 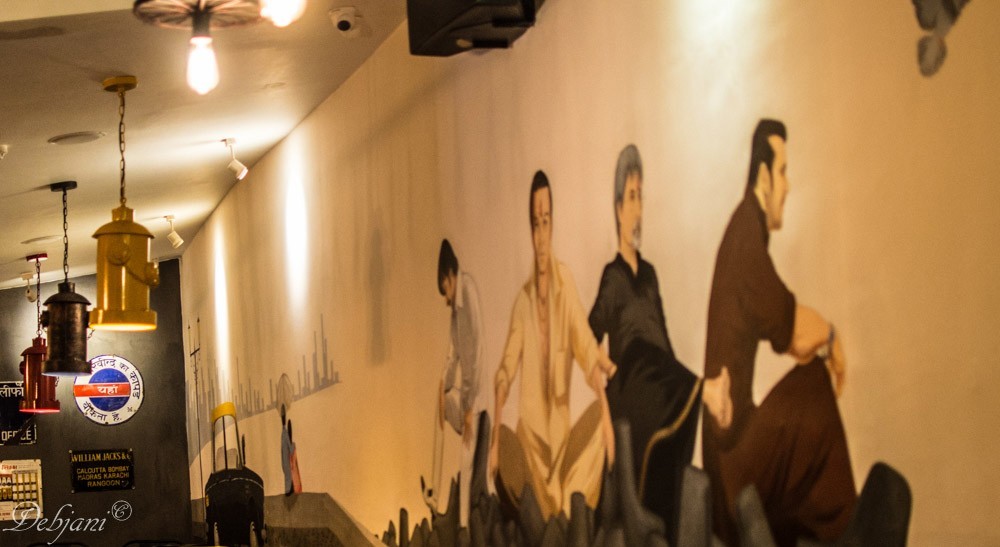 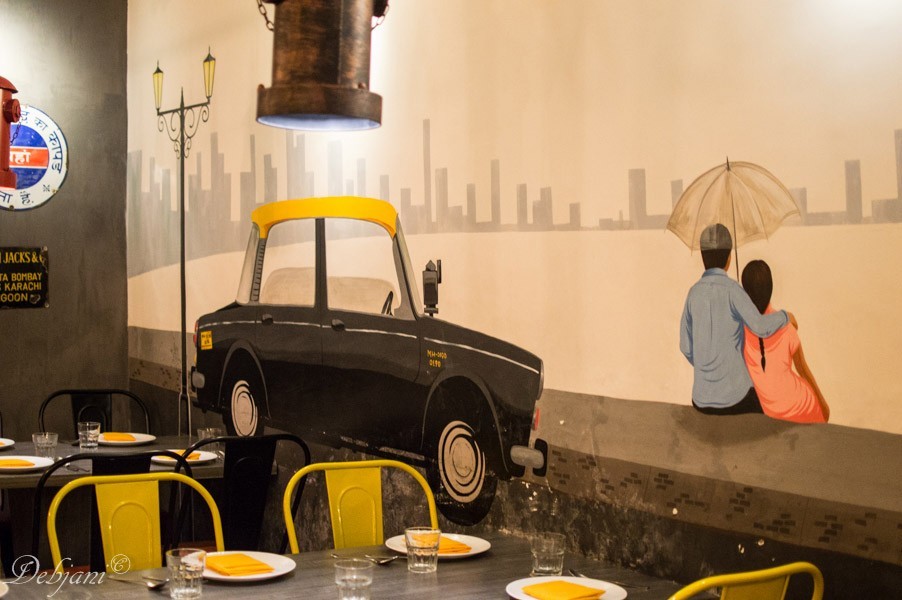 I found the drinks quite refreshing and those actually refreshed the memory of having “Mangola” in Mumbai (in fact it was Bombay at that time). A Raspberry flavored Soda in a banta bottle, Raapchik Raspberry to the Sweet lime and orange juice punch with black salt, Ganga Jamna, or the Mumbaiya Shikanjavi, each and every drink were presented in a nice way though I ended on having the Light Camera Action, which is a cola based drink with ginger powder, rock salt and mint served in a lens-shaped glass and the treat of the day was the Bawaji ka thullu which was nothing but the age-old popsicles. 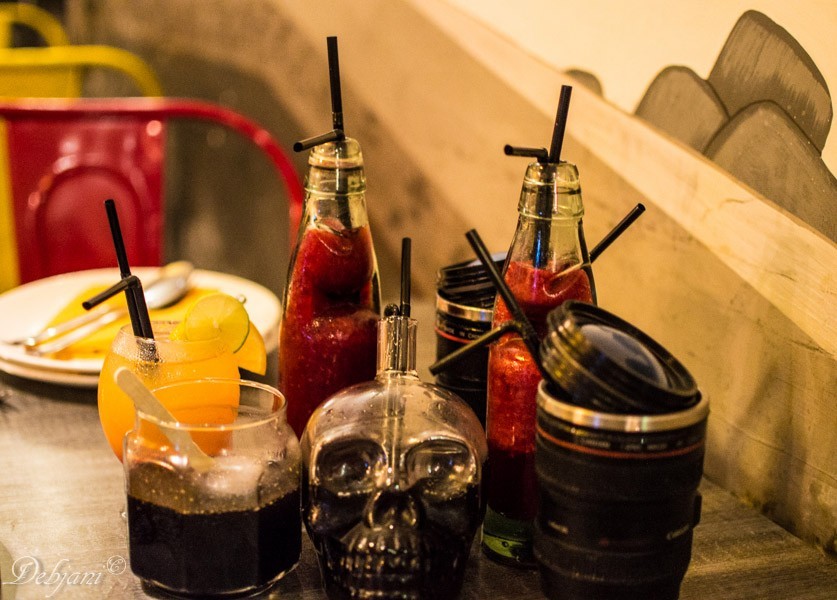 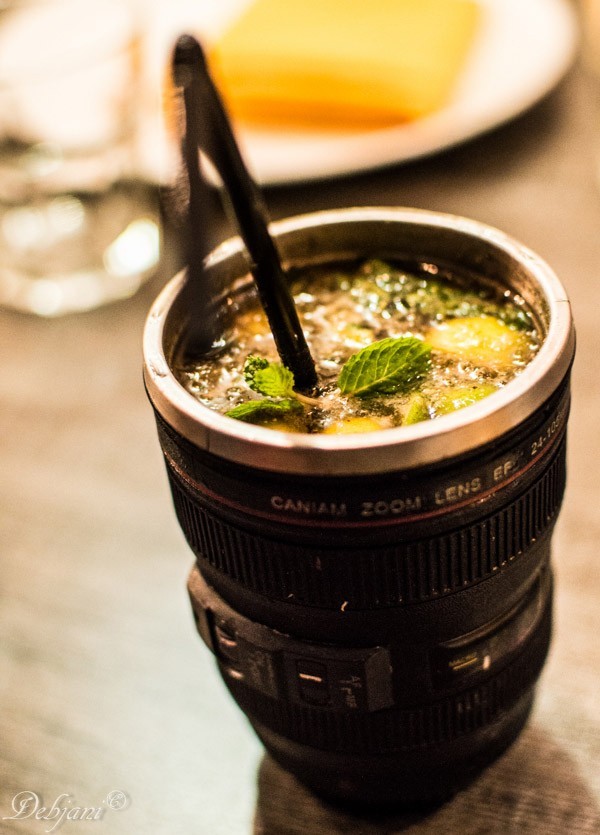 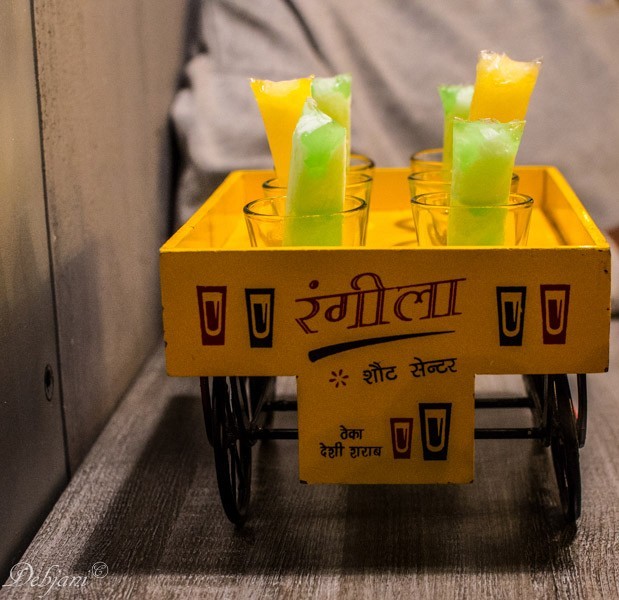 We had both Chowpathi Pani Puri and Shaarabi Pani Puri where the former is the typical Mumbai Chowpathi style Pani Puri and later was served with Vodka-water and I found both decent.  The Dhobi Ghat Chana Batura came with perfect presentation, where they have used a mini green lawn shaped platter to serve the food and the Bhaturas were clipped sing miniature cloth hanging clips and served with the Chana. Though the look was amazing but while having the food I found the Bhaturas were getting cold and stretchy and that was probably for the type of presentation. The Truffle Cheese Dosa was something I found really good both taste-wise and with the simplistic presentation where the Dosa was served with a Mushroom truffle sauce. 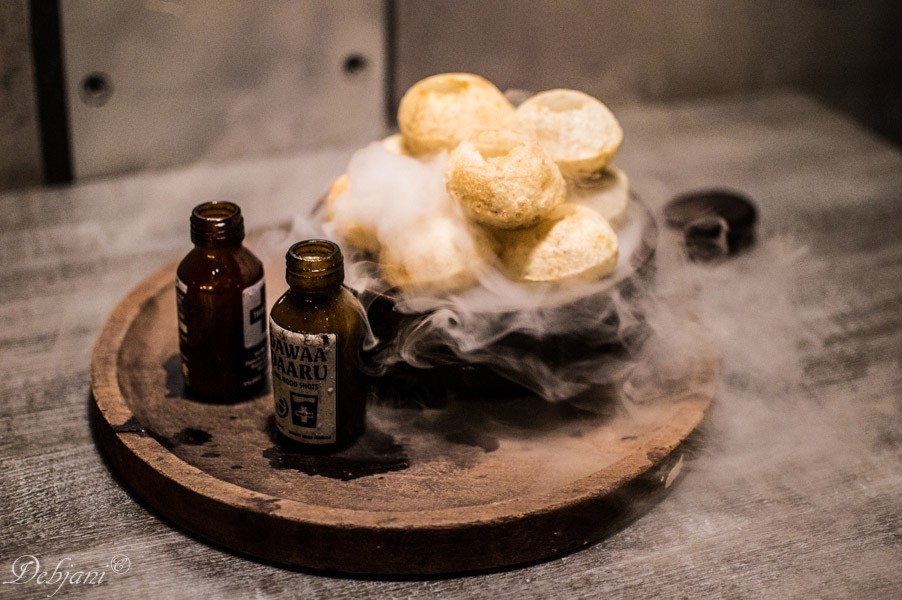 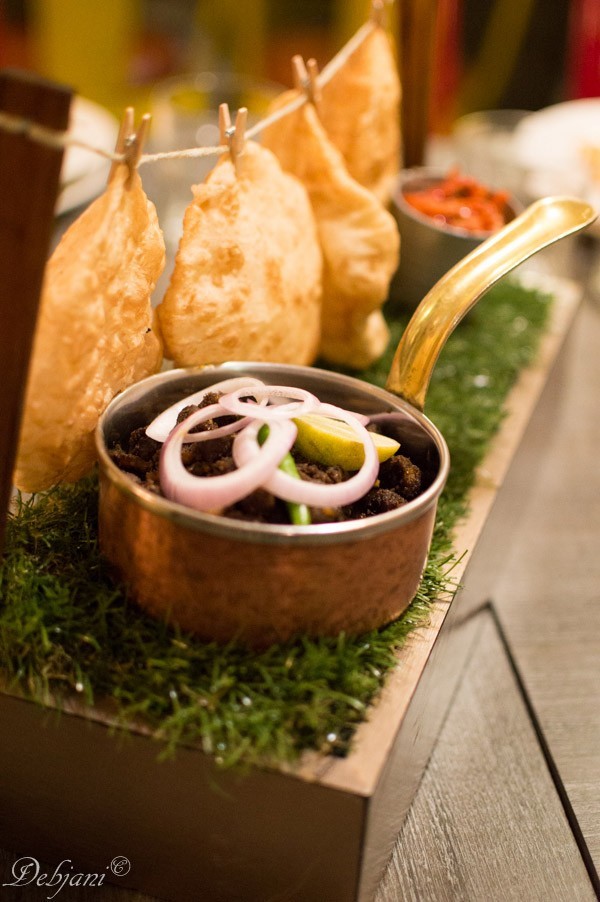 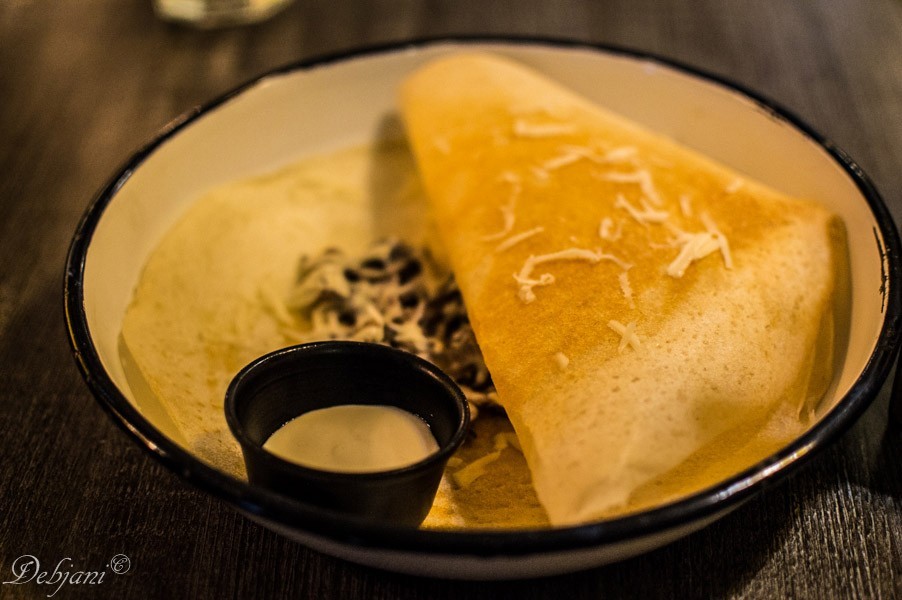 From the main, we were served with Rustam’s Favorite Dhansak which was a vegetarian Dhansak and was served with caramelized onion Rice or Brown rice following the tradition, Berry Nu Pulav and Breach Candy Awesome Okras which was Crispy Okra served with a Tomato based Gravy. I found both Dhansak and Berry Nu Pulav quite good but the Okras were one the okayish side.  We also have tasted the Mumbaicha Vada Paw which was Charcoal burnt Pav stuffed with Potato patty and served with homemade Chutney and this is something I would love to order while visiting next time.   The Waffles was a surprise with the punch of Uttapam Batter and the Kandi Bhaji was good. 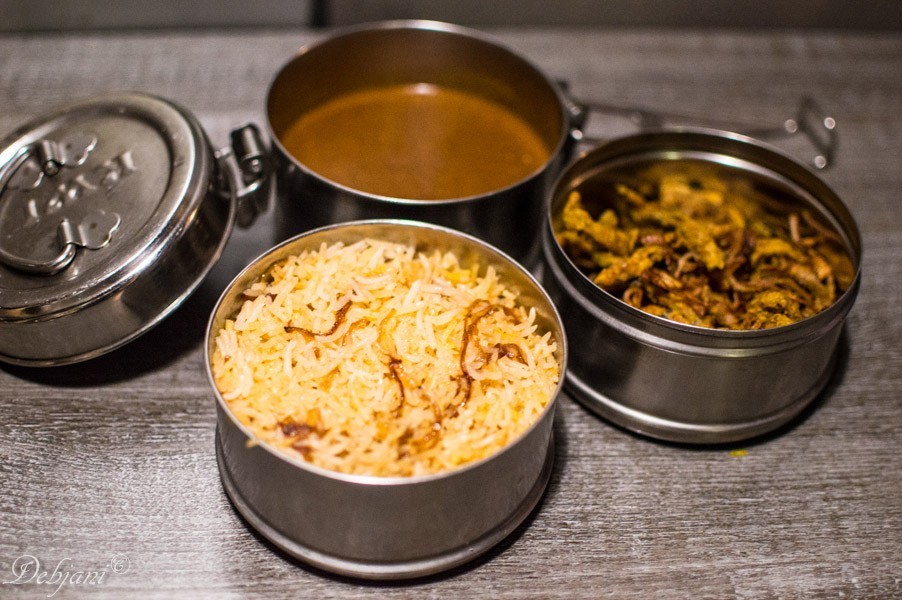 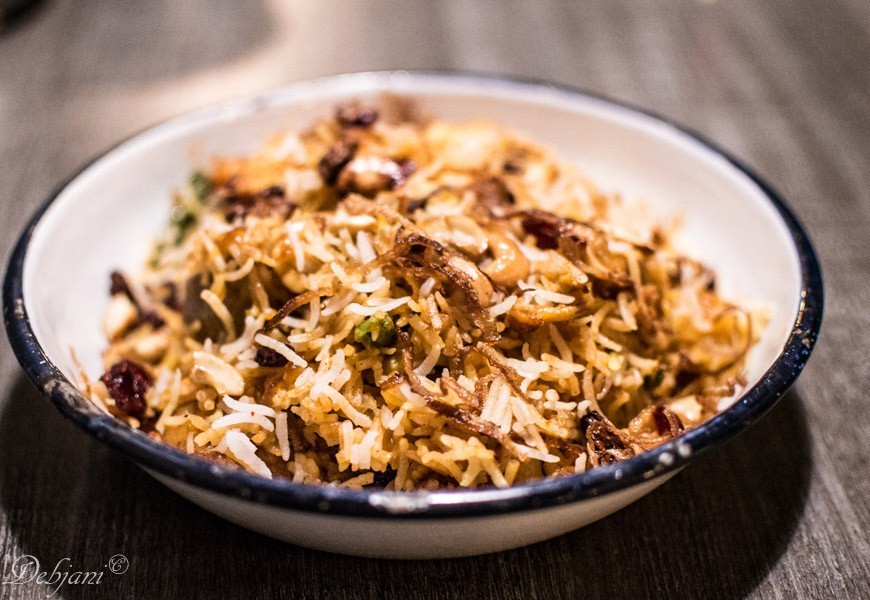 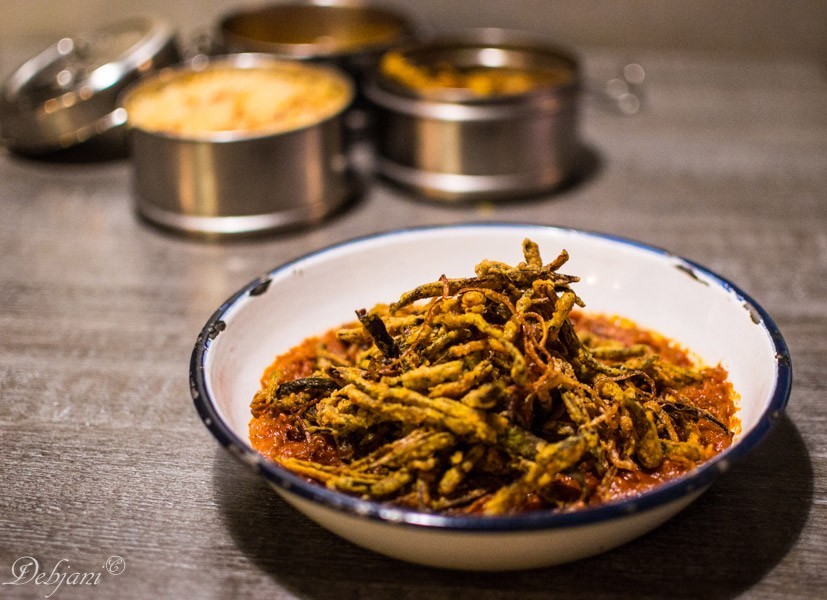 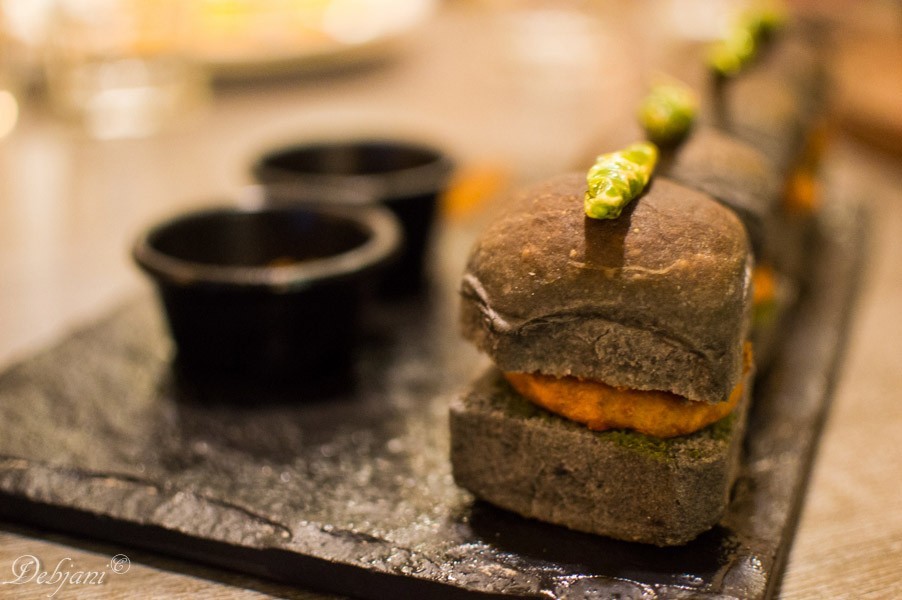 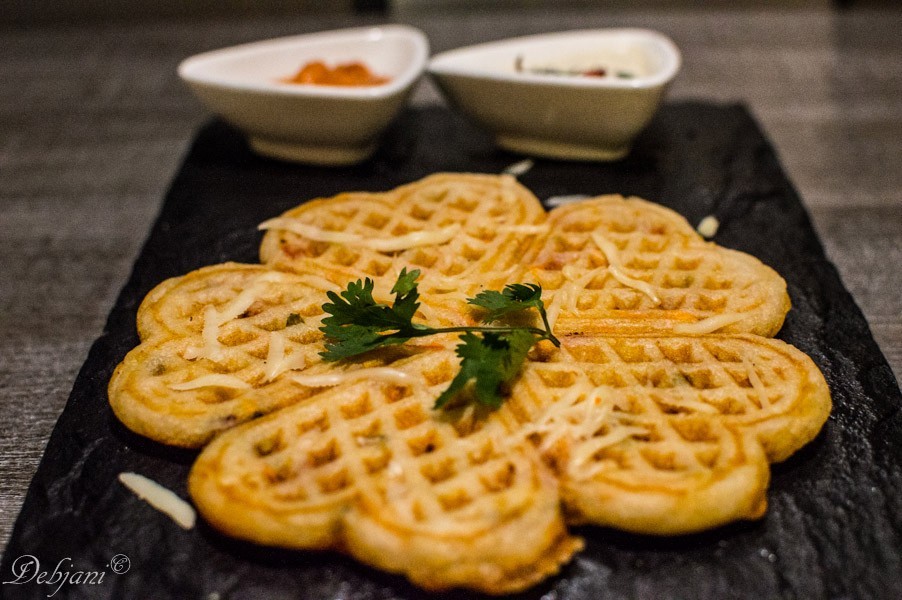 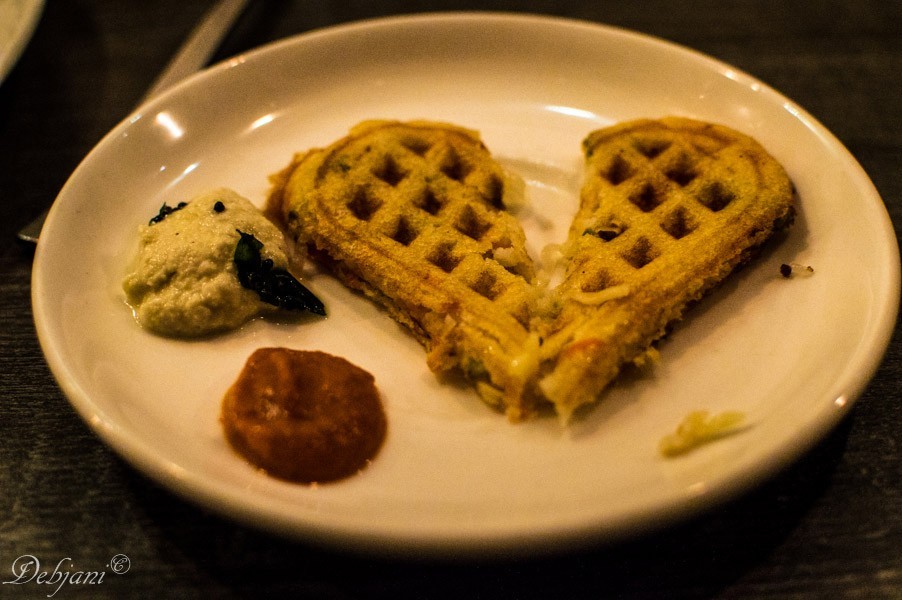 As Dessert, there was Madh Iceland which typically not something I liked as the dish was a bit mushy and soggy which they made on the table by mixing the chocolate sauce with the brownies and ice cream, however, I had my portion of cotton candy with loads of love. 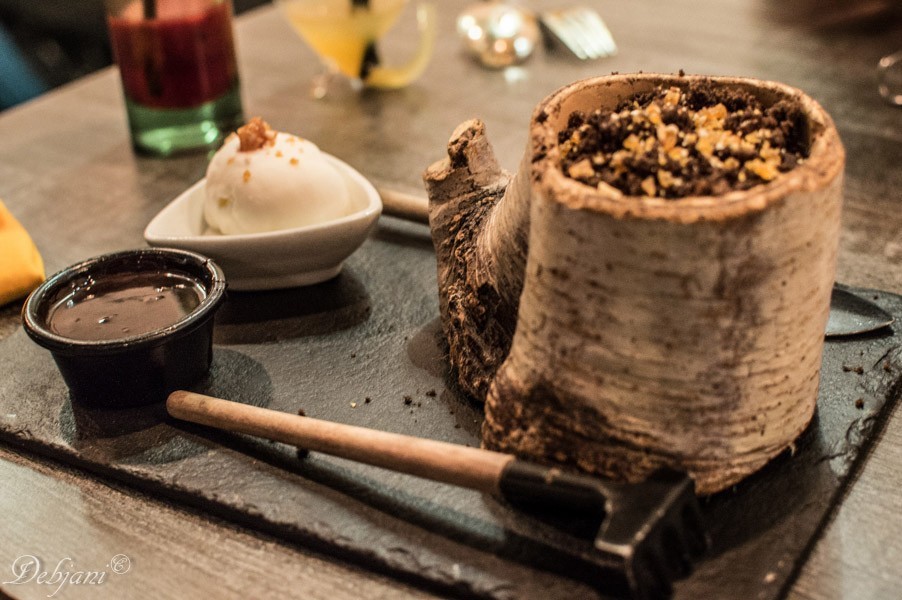 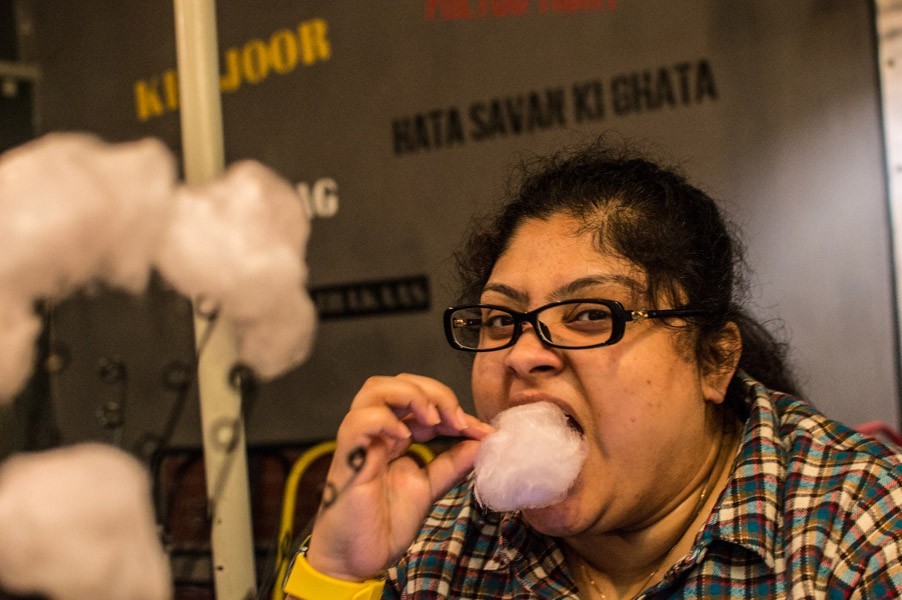 With the chick interior, pure vegetarian food, and that too with the influence of the food spread from Mumbai, Mumbai Local is actually a must visit in Kolkata if you have an appetite for good vegetarian food.It may cost you around  INR 1200- INR 1400 for two persons.

Disclaimer: Debjani was invited at Mumbai Local for Food sampling and this post is based on her experience of having the food spread.