When I received the invitation for a food blogger’s meet I was not sure whether to attend it or not and that was mostly because I was not familiar with the group! However, I have given the entire thing a second thought and ended on being there at The Vedic Village Spa Resort last Sunday! Basically the resort played the role of catalyst to me to attend the meet. I was planning for quite a sometimes to explore the place! 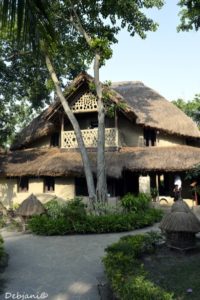 It took me around 2 hours to reach there and thanks the over smart google map I took a tiny lane from Rajarhaat crossing to reach there and it was like hell and with this, here is my first dose of input. Take Koikhali road instead of blindly following the map to reach there! It was planned to start the meet at 11 a.m. but the group comprised of true blue bongs and most of the bloggers ended on reaching there only after 1.5 hours and on this note here is my 2nd input; if you are planning to spend a single day at the resort, be punctual! We were invited to attend the great family Sunday brunch at Yagna, The Vedic Village Spa Resort‘s all hour restaurant and in addition several activities were planned to help us to explore the resort.

Our day started with the “Bishnupur Tonic tale” followed by a choice of cocktails and liquor. Though I was planning to not to opt for alcohol but at the end I ended on having few glasses (not much few actually).  We were served with a modified local drink (a mixture of Cucumber juice and Tequila) which as per the team of The Vedic Village Spa Resort was a modification of a local tonic prepared with cucumber juice and country liquor which was a favorite of the Zamindar back in British Raj! It was refreshing though I found the blending on the lighter side. After the tonic we were served with several cocktails and I found all with perfect blend though on the lighter side of alcohol. 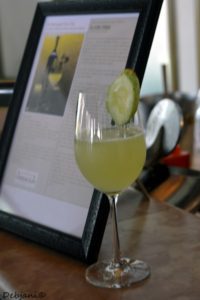 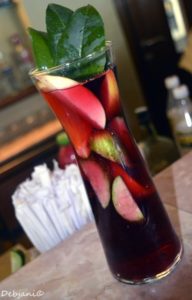 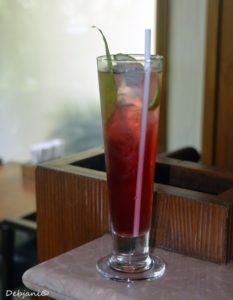 As I already mentioned, the afternoon brunch was planned in Yagna, a live restaurant at The Vedic Village Spa Resort. I started my brunch with the pasta live counter with a glass of beily's iris cream and ended on having Pasta with White sauce with little Mushroom and was quite satisfied with the first service! Pasta was perfectly cooked and spices were subtle. I opted for some steamed Chicken dumplings along with the pasta and  found it satisfactory as well. 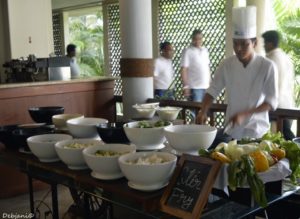 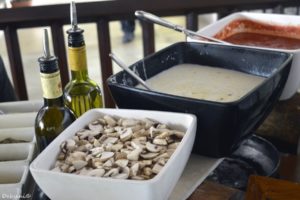 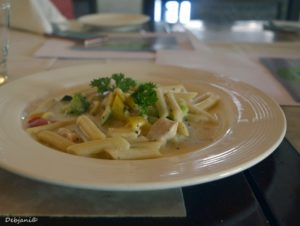 My next stop was the Indian counter where I found two types of sauces; a red one and traditional yellow gravy and several veggies as well as Paneer. I ended on having a tangy stir-fry of Sweet potato along with Fulka / Roti. As I mentioned, several options are available so If you are not as weird as me then opt for typical potato or cauliflower for your stir-fry though I found the sweet potato one quite good! 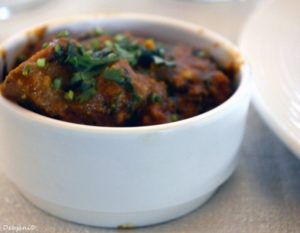 Next counter was meant for Chinese and both rice and noodles were available there and I opted for a noodles serving along with Schezwan sauce with pan fried fish and veggies.  It was quite decent and special mention is obviously fish! 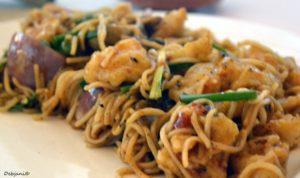 Various options were available there but I was almost done with my portion of food so ended the main course along with grilled fish, prawn, chicken and lamb. The counter was interesting and tempting however, I found the taste of the fried items a bit light mostly because of less spiced used while grliing however the fishes were fresh and so the lamb was. 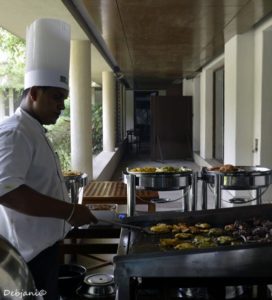 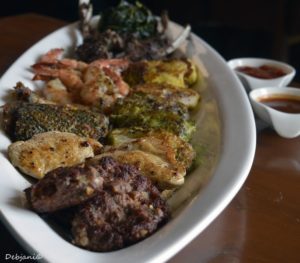 My brunch ended with the dessert and when I went to check the dessert counter I was almost lost with the options! 24 items were there and I decided on tasting 5 dishes; Gulab Jamun Panna Kota, Baked Patishapta, A simple lemon tart and Minty Choco Mouse. After having those I opted for baked Mango Yogurt and found myself full! The dessert counter is actually their strong point according to me with not only vast options but fusion food! 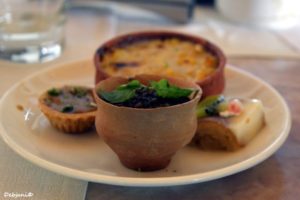 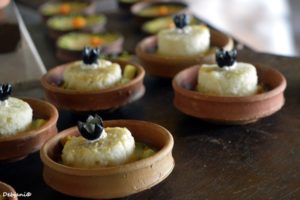 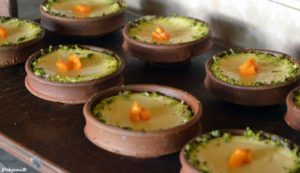 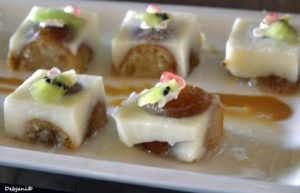 In addition to the food mentioned we were served with two three special items from their new menu with includes a Chana Chat and Bhavnagiri Mirch stuffed with feta cheese. 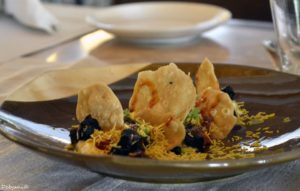 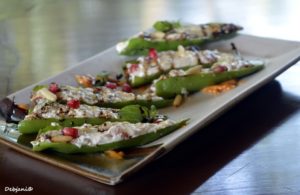 The next thing planned after brunch was nothing but exploring the resort and “Apna gari nikal pada”! We were provided with a golf cart to explore different activity centers’ within the resort. I was quite amazed with the interior of the resort. It is a perfect blend of modern and ethnic architecture and decoration. I found the Bengali Restaurant quite decent and the interior is a special mention for sure. 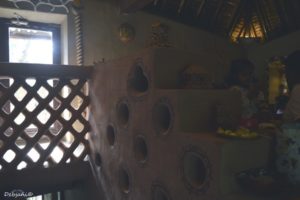 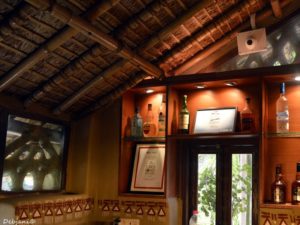 The Indore game room was well equipped and perfect example of modern decoration and available with the options of pool table, table tennis, table soccer, air hockey , bowling alley, gym etc . We have visited the conference hall as well. 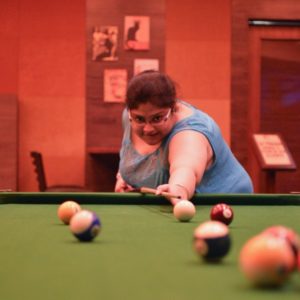 Our day ended with a tour of the spa which is actually one of the attractions of Vedic Village Spa Resort. They are available with the option of traditional Kerala spa, Ayurveda Therapy, Yoga classes and the center is having their own doctor as well. They are available with several packages as well. The manager was kind enough to show us the rooms and detailed about the specialties and specifications.

We finally ended our day at Vedic Village Spa Resort with our portion of Tea and I personally leave the place with a satisfying note. It was a pleasure visit there and good to meet bloggers as well. I am planning to visit Vedic with my family soon given I found the place perfect for a nearby weekend trip.

Disclaimer: Debjani was invited through the group ThinkQuisitive and Management of The Vedic Village Resort and Spa to explore the resort and the views represent here are completely unbiased and based on Debjani's food tasting.