This is my first post after relocating to Kolkata from Gurgaon! A small jar full of homemade Ghee that I made from Homemade Butter just before shifting my base to Kolkata! Ghee or Clarified Butter is almost an inseparable part of Indian Cuisine. From using in various vegetarian and non-vegetarian dishes to the majority of Indian Sweets to using it as a spread to Roti to the Bong way of having Melted Ghee with Hot Plain Rice and Aloo Bhate and even having Ghee with Gur/ Jaggery during the winters. A specialty of North India!

Ghee has its own place in almost every Indian kitchen in every part of the country. In fact, not only India but in other South Asian countries including Pakistan, Bangladesh etc. use of Ghee is equally popular. For Bongs Boiled Rice along with a dollop of Ghee supplemented with Boiled Eggs and Aloo Bhate (Mashed Potato)  is nothing but comfort food! 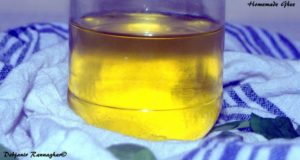 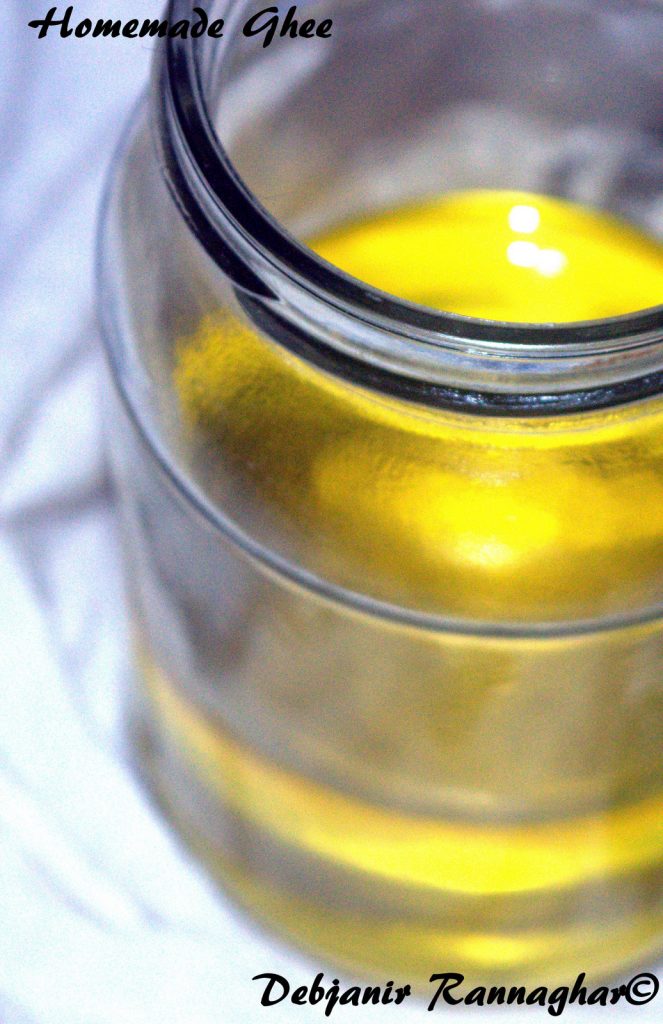 Baba used to purchase Ghee from a shop called Kamala Bhandar in the Boubazar Area in Kolkata and that Ghee is famous as Adyapith er Ghee and for me Adyapith er Ghee is the ultimate and I used to carry at least 500 ml Ghee every time returning from Kolkata! I don’t like the flavor of packaged Ghee found here in Gurgaon and whenever I found myself out of stock of Ghee I just prepared Ghee at home and prefer to add Curry leaves while making Ghee. I mostly use Unsalted Butter prepared at home from cream extracted from everyday milk to prepare my Homemade Ghee. Sometimes I use store bought Full Cream to prepare Ghee to avoid purchase Ghee directly. 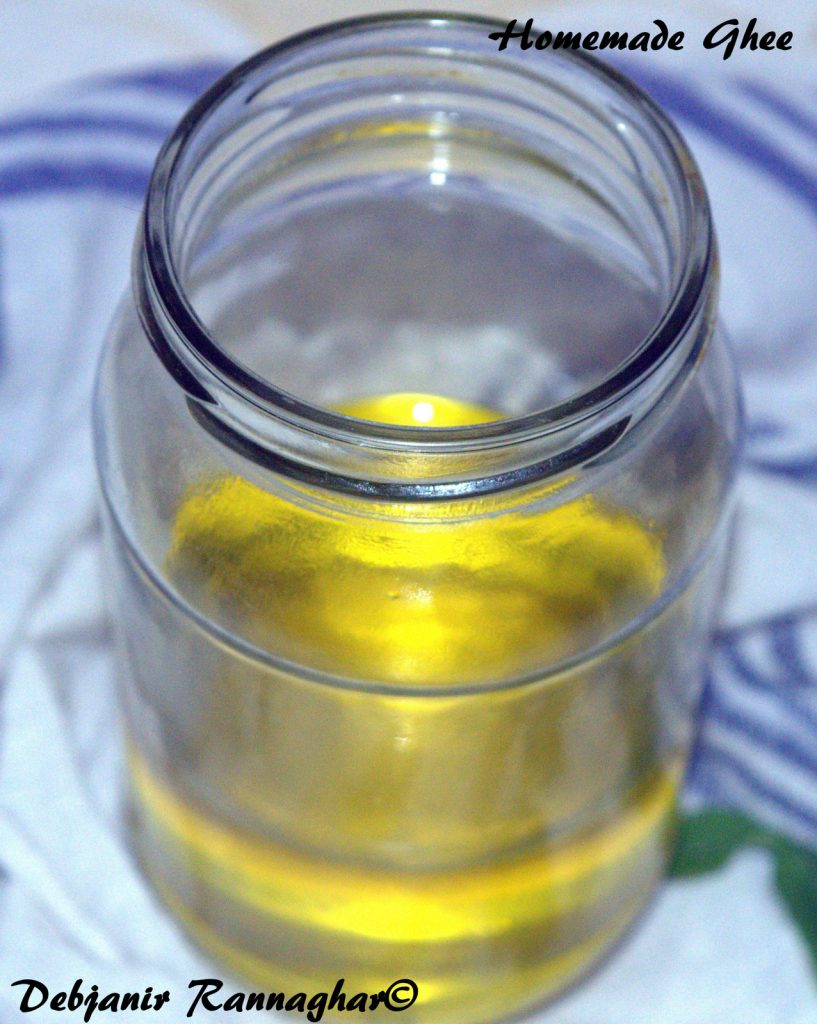 I made Ghee almost in hurry last week with the Cream that I stored in my Refrigerator since last 15 days as I need to utilize that before shifting from Gurgaon to Kolkata! I am planning to share the entire shifting episode in a future blog post.  The recipe that I am going to share here is starting from making Ghee from Homemade Butter. In case you don’t need Butter but only Ghee then follows the process mentioned in Homemade Butter followed by Ghee making process is given below:

Have you tried the Homemade Ghee Recipe from Debjanir Rannaghar!

Do let me know how it came out. Also, I would love to see a picture of the same which you can share here on dolonchttrj@gmail.com. On Instagram you can use my hashtag #debjanirrannaghar or you, in addition, you can tag me at @foodofdebjani.

More No Onion No Garlic Recipes