I have not been writing and updating the blog in the last months. In fact, I wrote the last blog post halfheartedly. It was then I decided to opt for a break and I have given a month's time to me to think clearly. Today, on the morning of Eid al-Adha I opened the blog to write a recipe again. I selected a few pictures which I clicked more than two years back for the post. Here in this post, I will be sharing the recipe for Sheer Khurma.

Inter-religious marriages have their own perks. At least my marriage has. I have been blessed with the best of both religions, mine, and Mehebub's, and vice versa. I have learned the similarities, and the cultural beauties and that obviously is inclusive of food. Over the years I have realized again and again that food has no religion. It brings us close; makes a unit full of respect.

Sheer Khurma; a dessert ideal for Eid al-Adha or Eid-ul-fitr?

Sheer Khurma is a dessert prepared with fine vermicelli yet the name does not mean vermicelli or have it within. Khurma stands for dates while Sheer stands for Milk in the Persian language. Dates were considered to be a favorite of Prophet Mohammed. Muslims, all over the world break their fast with dates and it has a scientific reason as well considering the properties of dates.

Sheer Khurma is popular in the middle-eastern countries, India as well as in neighboring countries such as Pakistan, Afghanistan, and also Bangladesh. The cooking process varies from area to area though the ingredients are almost the same. I have heard my mother-in-law saying once " though we cook Sheer Khurma for Eid al-Adha or Eid-ul-Fitr yet considering the harvesting season of dates it should have been the ideal dessert for Eid-ul-Fitr." However, dates are available all through the year, and hence why not use those to make this blissful dessert?

As I am sharing the recipe for Eid al-Adha, let me share the story that goes with this auspicious occasion. Eid al-Adha is considered to be the holier of the two Eids. It has been said that Ibrahim was ready to sacrifice his son Ismael to show his respect towards the almighty, however, in the end, God handed him a lamb instead of his son to sacrifice. Eid al-Adha is the festival of sacrifice in Muslim households. Long back, during the initial years of marriage when I was told about the festival, I was amazed. I was told the importance of distributing a major part of the sacrificed meat to needy and poor people. I never have been forced to follow the ritual yet I was invited to see, to feel. That probably is the reason I am writing this post today, on Eid al-Adha.

My take on Sheer Khorma!

As I have mentioned, this dessert is loved and cooked in almost all Muslim households and my in-laws are no different. However, I always preferred the Hyderabadi Sheer Khorma, and hence, I make that. The flavors of the Hyderabadi version are way more delicate as compared to the other versions. 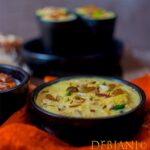 Sheer Khurma is a dessert prepared with milk, dates, and sevian and is immensely popular 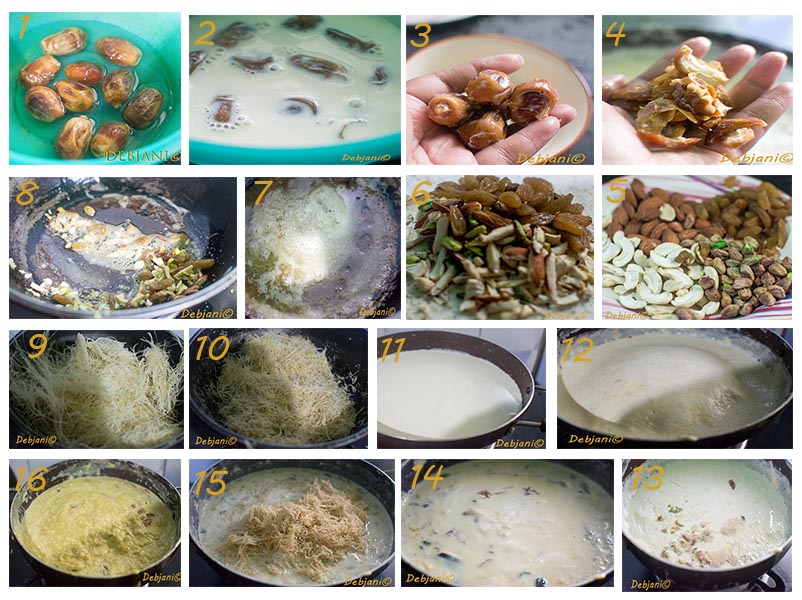 Here's the Sheer Khurma Pin for your Pinterest Board!