A few days back I have attended a Blogger's meet at Eden Pavilion, ITC Sonar Kolkata, and like every time ITC had come with a part of our heritage from their kitchen. They named it, Bohri Dawat, and naturally, the entire course was full of the influence and aroma of Bohri culture.

This post was initially planned differently, but when I posted a picture of the Bohri Thaal on Facebook and a blogger friend asked about the detail of Bohri Food and Bohri community as a whole I decided to modulate the blog a bit to give my readers a basic idea about Bohri culture, obviously that is restricted to my limited knowledge. Born as Muslim, Bohri's are from both Sunni and Shia groups, where the Sunni Bohra's are from Gujarat and the Shia Bohri's are known as Dawoodi Bohras who are originally from Yamen and East Africa. Both Dawoodi and Sunni Bohras are having cultural similarities. However, here I am going to emphasize mainly on their food culture. 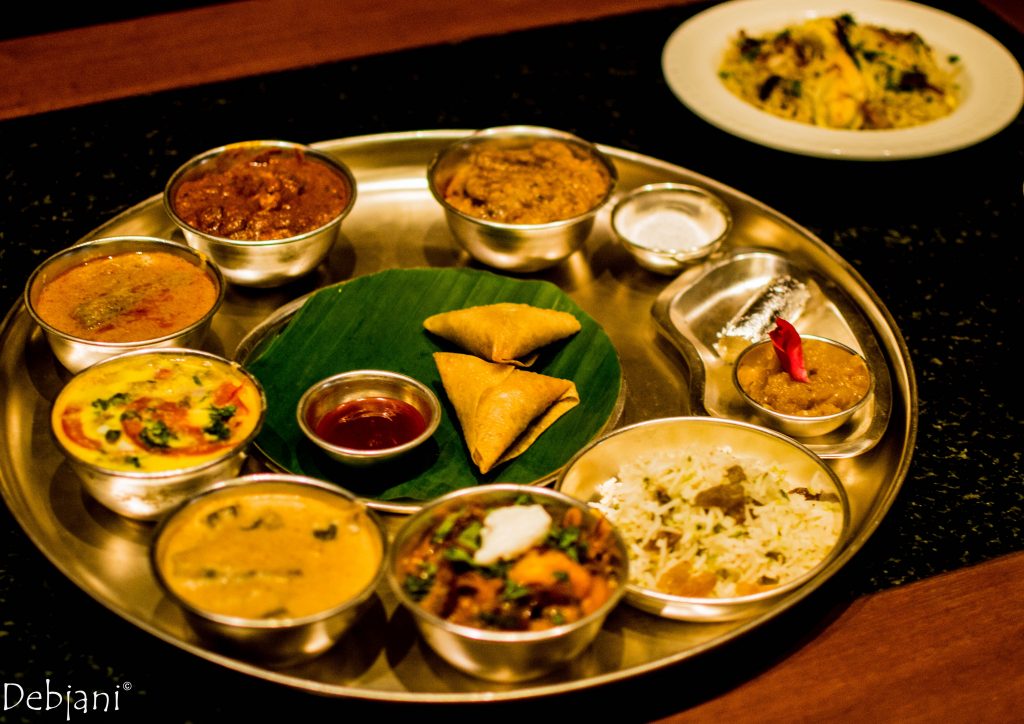 “A family who eats together stays together” is probably the perfect phrase to elaborate rich Bohri culture. Traditionally the Bohri meal starts with "Salt" and served in a giant Thaal (Big Plate) for an entire family. People eat from the single Thaal and mostly a Thaal can accommodate about 8 people. Bohri food is distinctly divided into Khaara (salted food) and Meetha (sweet dishes) and Bohras prefer to start with the sweet dishes followed by the Khaaras and so on. Bohras are the strong believer of the strength of community and that strongly reflects from their food culture.

Coming to my experience of attending the Bohri Dawat at ITC Sonar, they have followed the typical process of serving food in a Thaal however; we were provided with separate thaal. Our meal started with a little portion of salt followed by meetha. Our meal started with "Sodanna" which is an amalgamation of rice, ghee, sugar and dry fruits. As beverage, there was Khas Sherbet.

To continue the traditional serving, after having the sweet we were served with a mini meal of Kebabs and snacks. They served us  Chicken Fry, Bheja Cutlet, Naan Chop and Baida Roti. The Naan chop was a cheesy affair. The Bheja Cutlet was the table's favorite.  However, I found Chicken fry and Naan Chop perfect to my taste-bud. Mini Mutton Samosa was another item I cherished.

The Bohri meal then continued with a sweet platter of Pineapple Halwa and Cashew Pak. By the way, I ended on having the second serving of the Ghee loaded sweet and sour Pineapple Halwa.

Following the Halwa We were offered with the main course, where along with  Bohri chicken Biriyani and Baida Roti several vegetarian and non-vegetarian dishes were served. There were Dabba Gosht and Pasta Chicken and Bohri Mutton Korma along with Bohri Bhindi Korma, Bohri Moong Dal with Khichda, Chana Batata and each and every item was a delight to taste. However, for me meat stuffed Baida Roti along with the Dabba Gosht were best of the lot from the non-vegetarian side.  I found the Bohri Bhindi Korma one of the best dish served on that day.

I, though, was super happy after thoroughly enjoying the lavish Bohri Dawat but somehow remembered that I need to went back to the office and hence I returned with a satisfied mind (and happy tummy).

Disclaimer:  Debjani was invited by the management of ITC Sonar to attend the Bohri Dawat