Not that you met your friends over lunch every day; not that you have so many spicy and flavorful things to discuss every day and not that you are offered with true blue truffle loaded lunch every day but when you do, you started snouting like that female pig! Igor Stravinsky once said “An artist is like a pig snouting truffles” and indeed right he was. Well, the Botany graduate me might not interested about the chapter on Fungi when I was in college but the typical XX chromosome holder me is as mesmerized as the female Pig when it comes to the natural aroma of Truffle and on this note let me share the experience of the truffle fest I recently have attended at Hyatt Regency last week. Let me be clear my dear readers, this post of mine is loaded with the virtual aroma of Truffle, thanks to Hyatt Regency, Kolkata, Karen Anand and last but not the least Silvia Landucci, the masterminds behind the Truffle Festival presently Hyatt Regency, Kolkata is having at La Cucina, their Italian Restaurant. 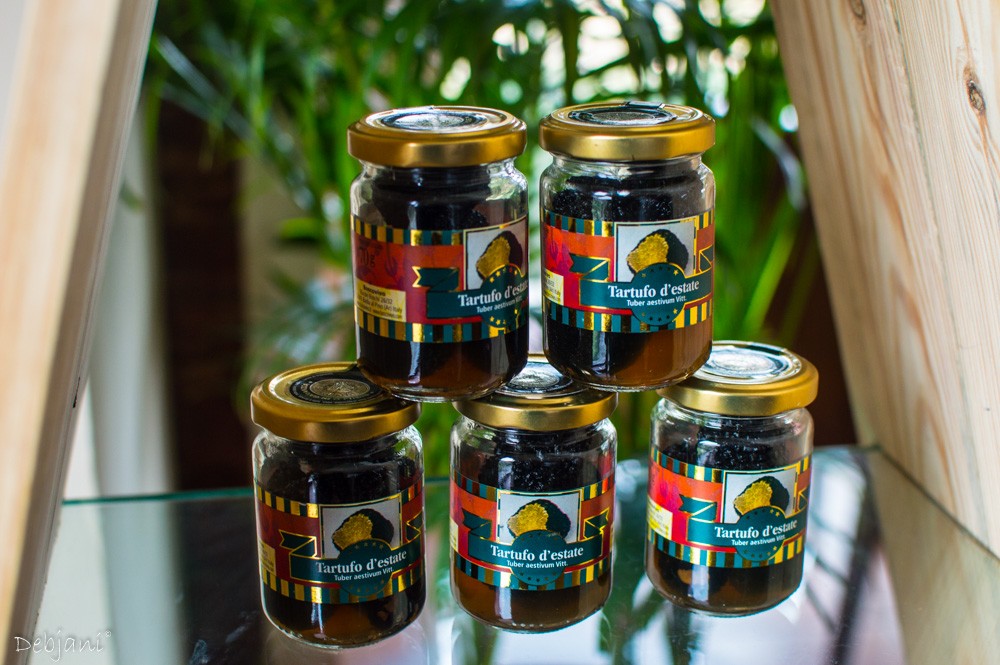 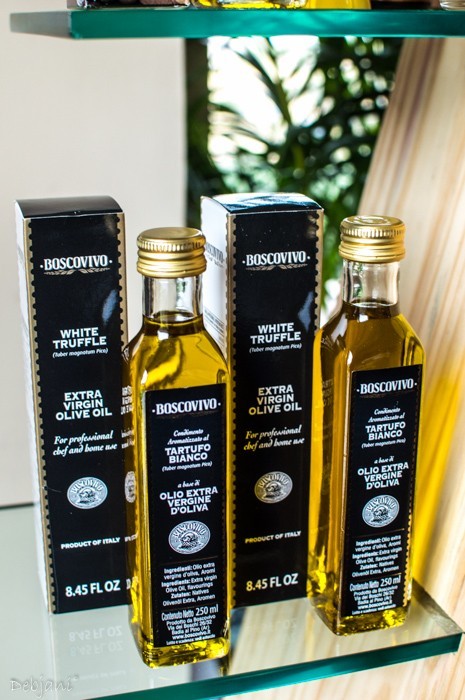 When I got the invitation for the Truffle Festival, I was excited and why not, when the invitation was for gourmet Italian food with Truffle and followed by a nice chat over some really interesting truffle loaded-stuff! It was a nice afternoon when I along with some of my Kolkata-based blogger friends were shown an impressive collection of truffle based products that include Truffle Oil, Truffle Honey, Shaved Truffle etc. at Hyatt Regency. Karen and Silvia have come up with some byproducts of truffle which are surprisingly a middle-class Indian like me can afford. The lunch was a lavish affair thanks to Chef Sumeet Priyadarshi and his team and I must mention I was impressed with the use of Truffle in almost every possible dish! Truffle is known for the pungent natural aroma and is commonly used in dishes like Pasta, Salad etc. 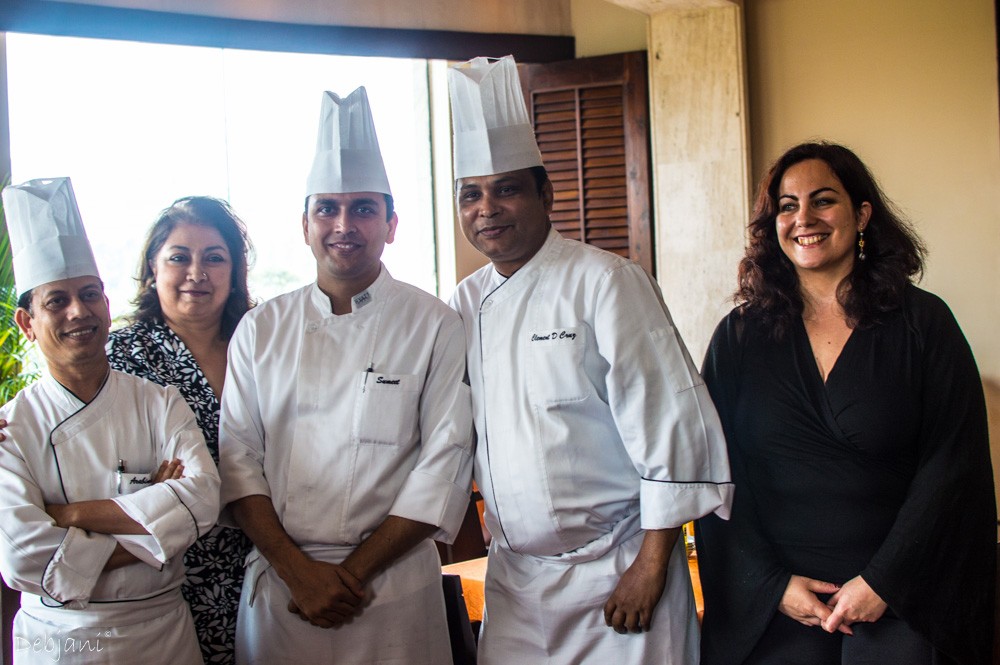 Coming to the truffle loaded lunch we enjoyed at Hyatt Regency, as appetizer there was Burrata served with Truffle Salt, sundried tomatoes and fig which I tasted from Indrajit’s plate as I have opted for a Scallop Salad with Truffle Dressing, some chives, and shaved Truffles and I was damn happy with my choice of appetizer. Truffle was used beautifully where the scallop was perfectly flavored and the truffle aroma was balancing the scallops along with three flavored pure of Green Peas, Pumpkin, and Bell Pepper. 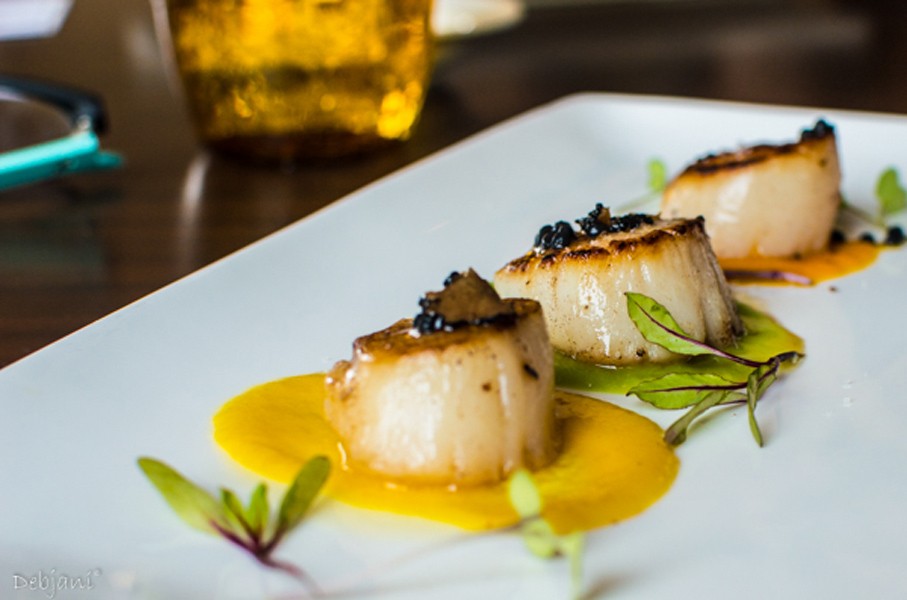 When the situation came that I need to choose between Pasta and Risotto, my mother instinct spoke loudly (those who are not aware, my daughter’s nickname is Pasta) and I choose Pasta over Risotto. Jokes apart, I have never been a fan of Risotto so the choice was quite obvious to opt for the Fettucine tossed with Portobello, porcini and not to mention truffle carpaccio and I again was happy with my selection of staple. The pasta was heavily flavored with the truffle and that is what making it more acceptable to my taste bud. I then have tried the Risotto too which was cooked with duck liver, shimeji Mushroom and lightly flavored with truffle salsa. 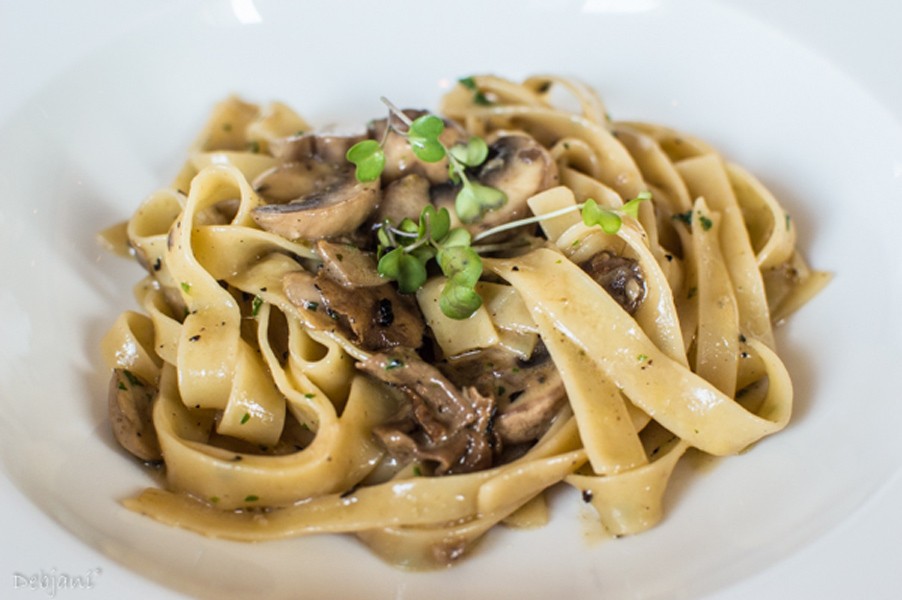 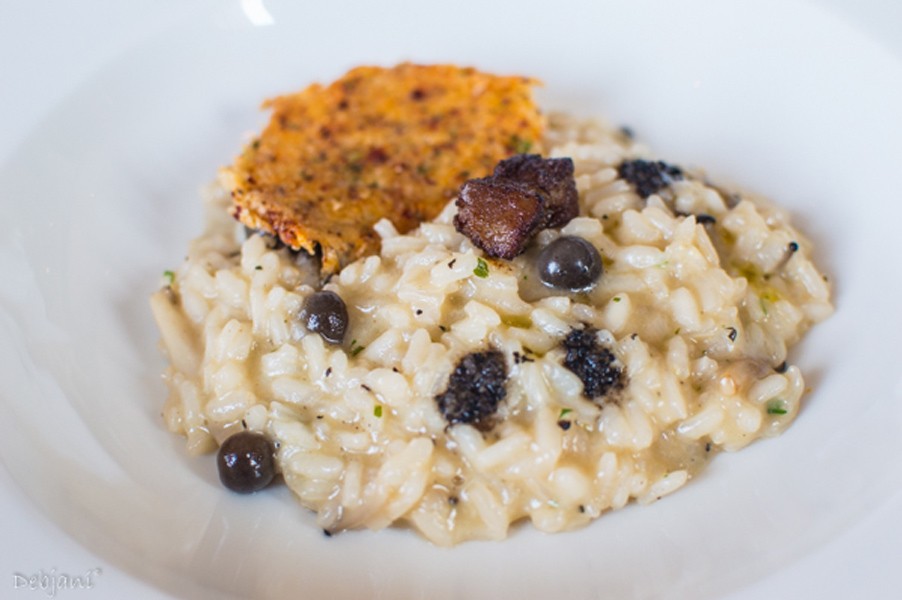 The main was a perfectly cooked chunk of Salmon with white truffle oil infused peas cream along with cherry tomatoes and glazed asparagus. The fish was buttery soft and upon mixing with the cream it was nothing but heavenly and again the wonder truffle aroma did the magic to the fish. 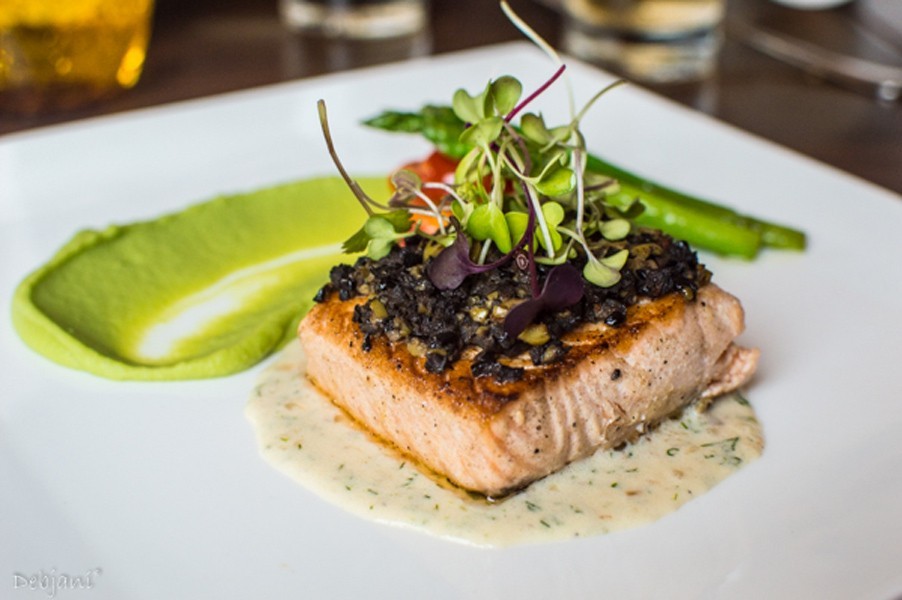 By that time I almost was full, however, when I saw the Pannacotta with the strawberry relish, I was not expecting any punch but alas it was served with truffle honey and believe me I found this dish in fact best of the lot and I was amazed at the use of truffle in honey. It has given the Pannacotta another layer. 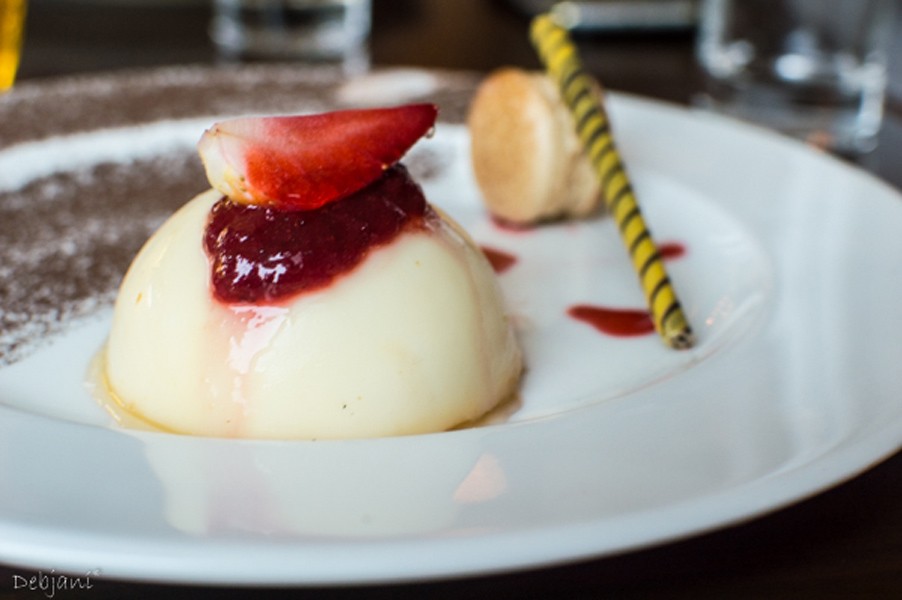 With a happy stomach and mind, the lunch ended with the cup of coffee and obviously chitchat ranging from truffle hunting to visit the countryside and something I can't even write here! 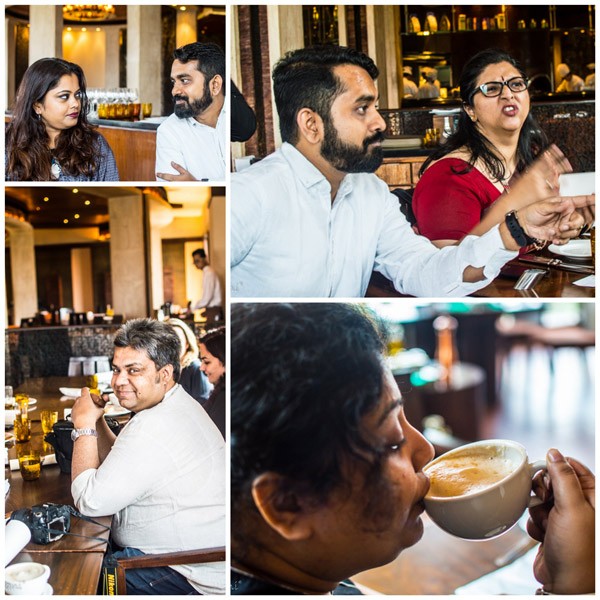 Hyatt Regency is having the Truffle Festival in La Cucina from 17-28th February, 17 and the pocket pinch is INR 2000++ for the insanely good truffle loaded food.

Disclaimer: Debjani was invited by the management of Hyatt Regency to attend the Truffle Festival at La Cucina.