Life is all about balance; isn’t it; well I don’t know about others but we the food bloggers and influencers based out of Kolkata tried to balance our appetite and capability of trending a hashtag, #TrendingatPavilion, a few days back at the Eden Pavilion, at the ITC Sonar. Sounds interesting, isn’t it? It was nice wintery afternoon and that too on weekend, and the group of people who were invited at the ITC are quite well-accustomed with each other.  We found the bloggers’ and Influencers’ meet was a bit different from what we generally attend, as we were briefed about the initiative by ITC all through the country where all the Pavilion across the country has modulated their menu and re-launched the same at the same time in presence of the bloggers and influencers. The menu, as informed by the Executive Chef and his team was varying with city to city keeping in mind the regional palate. We found the entire plan of trending the hashtag fun and as I told earlier balanced our appetite for the specially crafted new menu at the Eden Pavilion ITC Sonar with the hashtag!

It was not only who were busy and managing or rather tackling the food with the social media posting but the Executive Chef and his team were quite active and informative apart from arranging the spread from the new menu. They were happy to share information about the specialty about the entire spread and how the conceptualized the same. Chef Manish briefed about the ingredients used in making the new menu at Eden and in fact, told that they are using some homegrown veggies and fruits from their kitchen garden. Before going forward with the menu it is worth mentioning abut SunyaAqua, the water that is purified and bottled at the ITC’s own plant and the basil flavored water is really amazing to have.

The lunch started with the pure and refreshing drinks and we were served with Date and Tender Coconut Blitz and an Apple and Pomegranate detoxifier where I found the former quite interesting as date and coconut indeed is a unique combo when it comes to the drinks while the later was refreshing and decent. We were served with the best of pavilion those are in fact healthful combines and what they are promoting is Swasthya Cuisine as they call it. As I am not a person in love with cheese, I had a little portion of the Molten Brie with Pretzel Crust which was served with Panchforon flavored Apple Relish, the local love. Though I was a bit confused with the name of the next dish served, Chicken Tonkatsu Burger; as Tonkatsu generally refers to deep fried pork but the burger has chicken, however, it indeed one of the best items served that day and I lovingly twitted about it. From the World kitchen, we were served with a Lamb Bresaola and Gorgonzola Pizza and I found it good. Coming to the local love, a Slow Braised Panch Phoron Pork was served that requires a special mention. The juicy pork was just perfect with the tempering of Panch Phoron and in fact, the spice actually was adding the local specialty to the dish. Truly speaking I didn’t found the Kosha Mangsho, quite authentic, it tastes good like a normal mutton curry but not that is the Bengali signature dish. I was almost done and naturally ended on having one spoon each of the other items served, however, the Bean Mushroom Fricasse was something for which I ended on having more than one spoon. From the two desserts served, I found Milk Chocolate Parfait with Darjeeling Tea Nameleka refreshing and the punch of tea was actually created the sweet adventure. 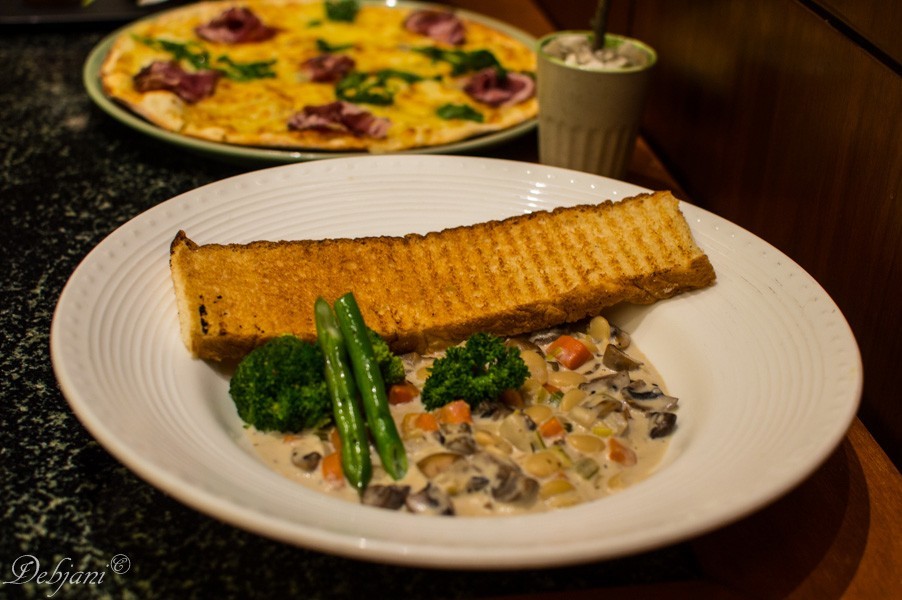 It indeed was a fun afternoon spent there with the wholesome indulgence and obviously, the discussion over various food was the cream on the top that ended on our attempt of trending the #TrendingatPavilion, the best of Eden Pavilion. 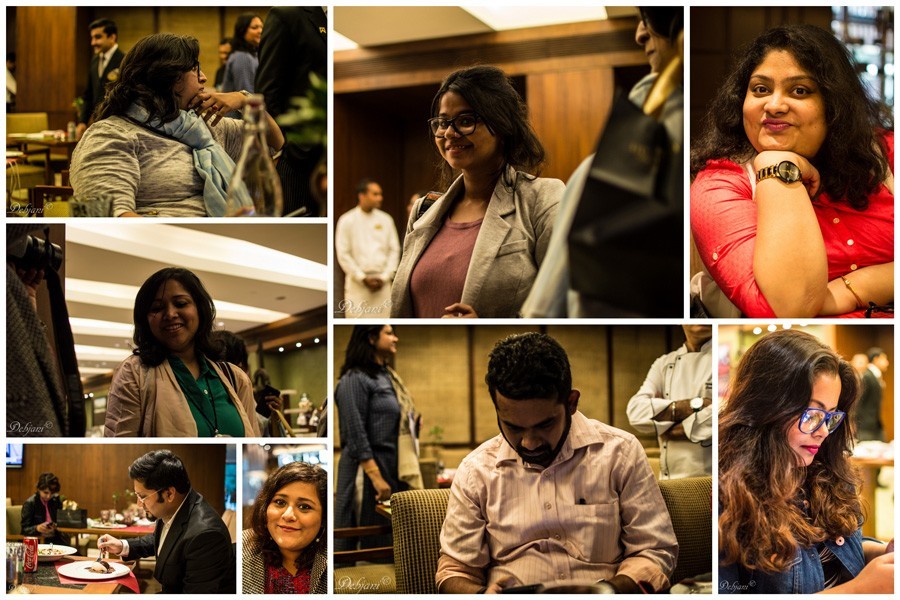 Disclaimer: Debjani was invited by the management of ITC sonar for the new menu launch at the Eden Pavilion.