Gabbar's Bar and Kitchen , Kolkata’s one of  the known molecular gastronomic destination turned one recently and launched their new menu to celebrate the birthday! Like the name of the restaurant, Gabbar’s interior is unique with the filmy decor, more than filmy food and drinks and obviously their innovativeness with molecular gastronomy. It's my first visit there at Gabbar’s Bar and Kitchen and my experience  of sampling food and drinks there starting from Ab Gola Kha (an orange margarita) to the mysterious liquid nitrogen-fied Papri Chat V 2.0 to the platter of South Indian Paratha and a side of Mutton, Jai Thalaiva as they call it to the innovative Khowsuey served with the condiments on a Wheel and even a Paan Mousse (Betel leave cone filled with Gulkand flavor Mousse) was nothing but spicy like a Bollywood movie! 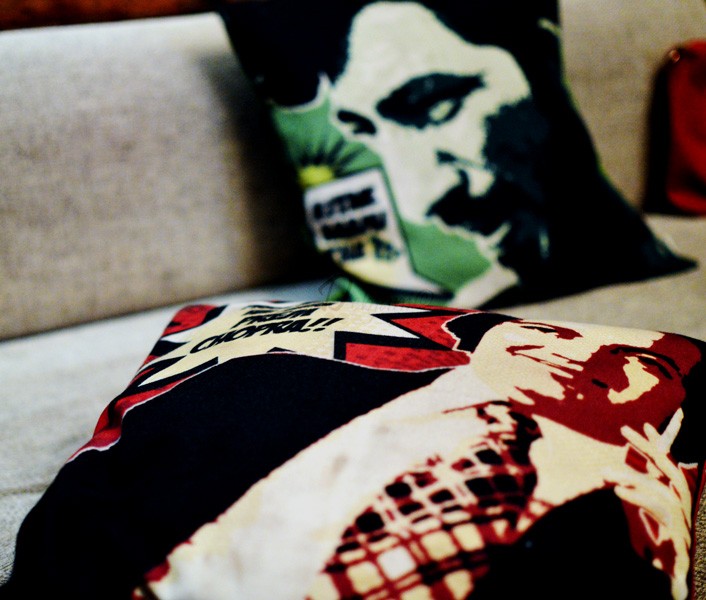 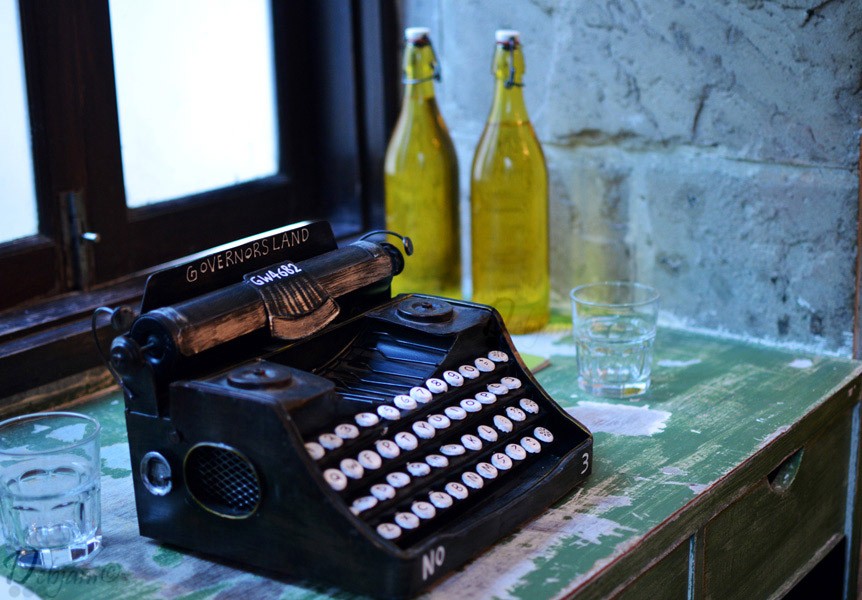 Gabbar's  new menu is updated with four cocktails which are ranging between INR 275 to INR 475; Espresso Sangria, Bollywood Bhang , Ab Gola Kha  and Jager Float . The   Espresso Sangria is an amalgamation of Wine and Coffee followed by a splash of Liquid Nitrogen while the Bollywood Bhang is typical traditional Bhang mixed with Rum. Ab Gola Kha which is Orange Margarita bounded within an Ice ball and is served along with a “Gabber special Ice Breaker (a hammer!) to break the ice and to get the drink out of it! Jager Float is a cocktail of Jägermeister and beer and served in a skull shaped glass and topped with vanilla cream. 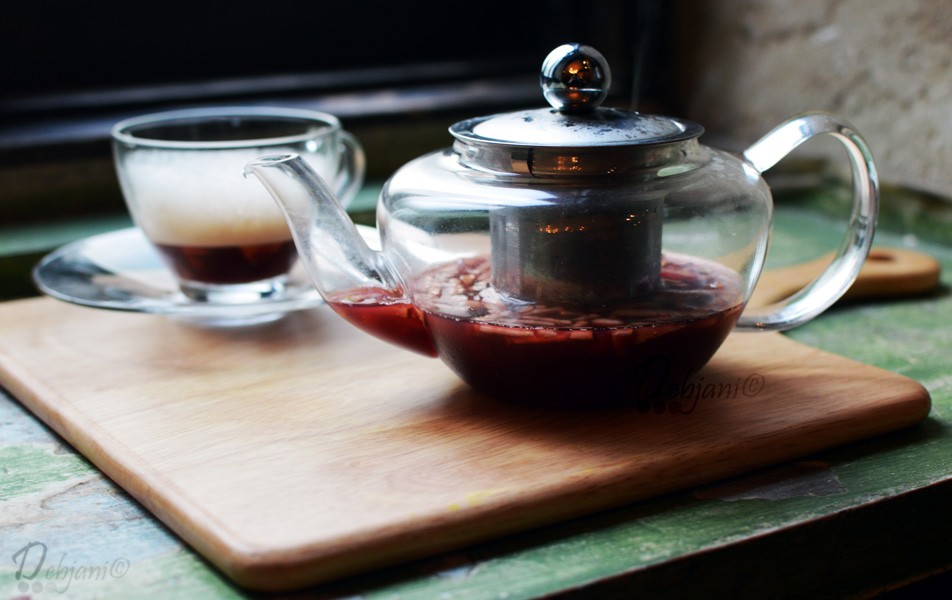 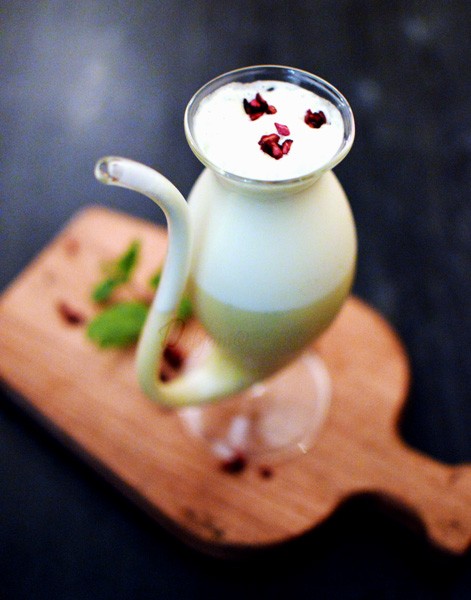 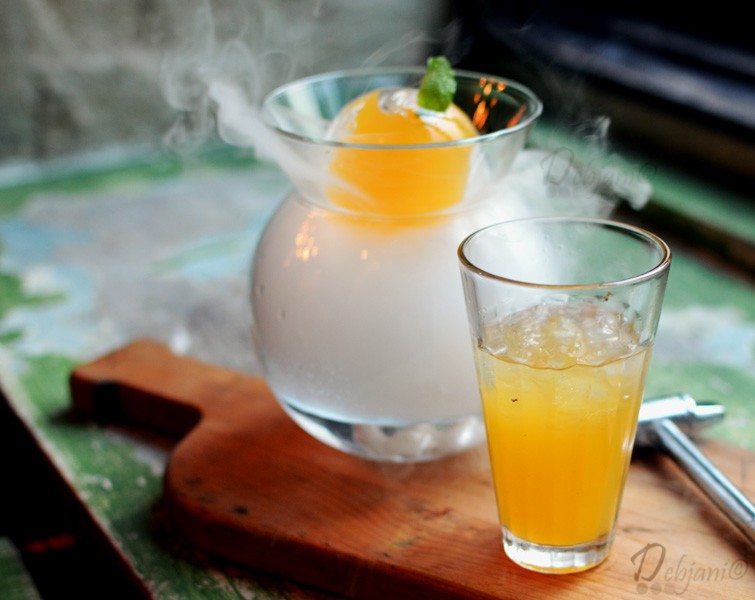 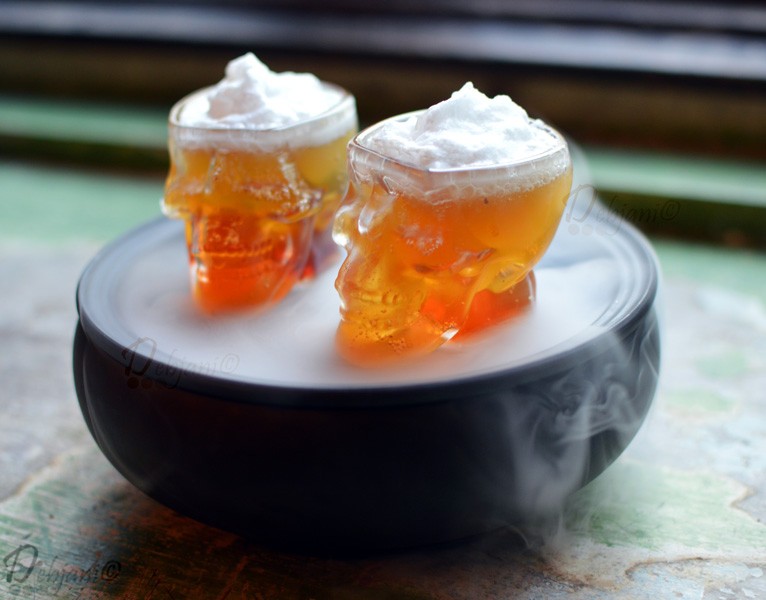 The price of starters and main course are ranging from INR 295 to INR 475 per plate. Khowsuey Mela is obviously one of the best item to be chosen from the new menu where the Khowsuey condiments (Fried Onion, Coriander, Spring Onion, Garlic etc) are served on  mini buckets hanged from a Ferris Wheel and is served with steamed spring rolls and a broth of coconut milk and Chickpea. 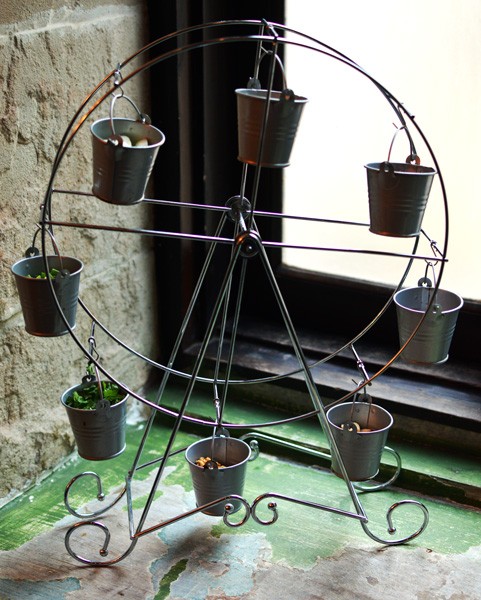 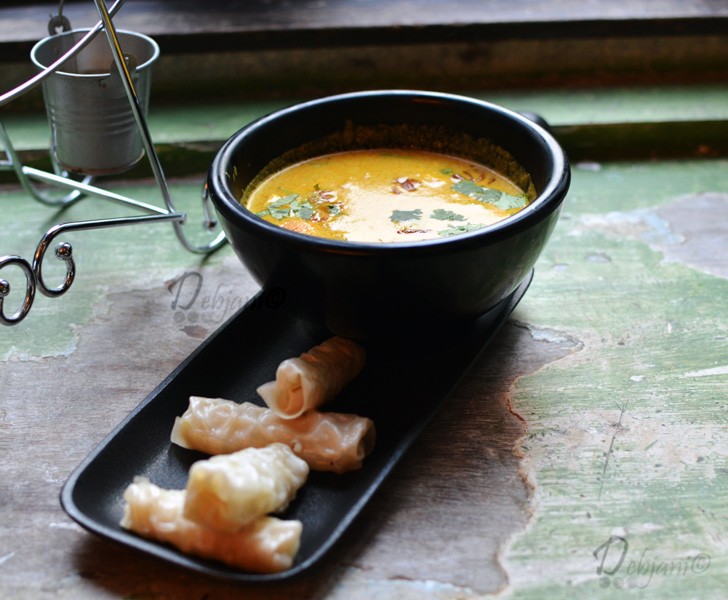 The new menu is having two types of Chat with a makeover, version 2.0 Papdi Chaat is obviously one of the best item of the menu both taste and look-wise where the decent Papdi Chat got the makeover with liquid Nitrogen while the Vada Pav Salad which is served within a loaf bread is worth trying for. 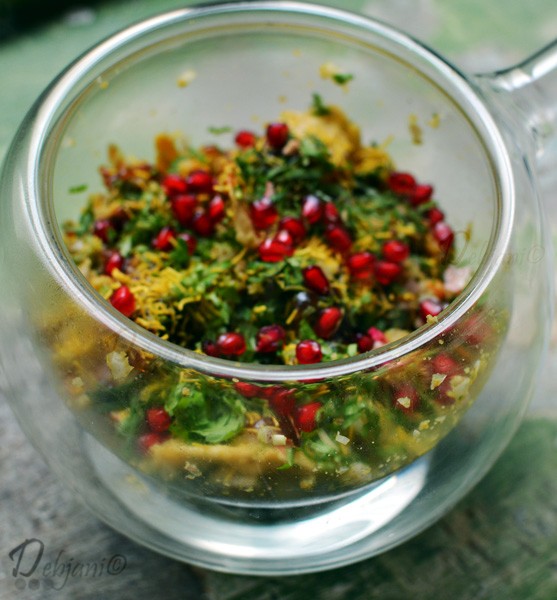 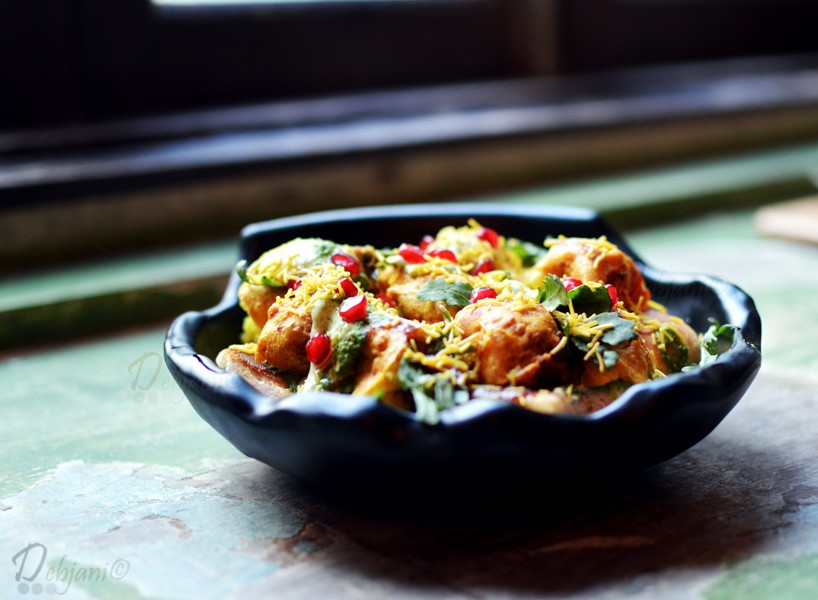 Coming to the platters, Jai Thalaiva is a non-vegetarian platter where South Indian Paratha is served with a mutton or Egg side and you will get your meal in a prison style plate whereas Kya Cheez Blue Cheese is Danish Blue Cheese loaded Kulcha served with different types of dips.  Gabbar Ghotala is a Keema and Bun Platter with a sunny side up and served in a Desi Tiffin! Daal Cappuccino is an amazing Daal served with Phulka and the Daal actually tastes awesome. 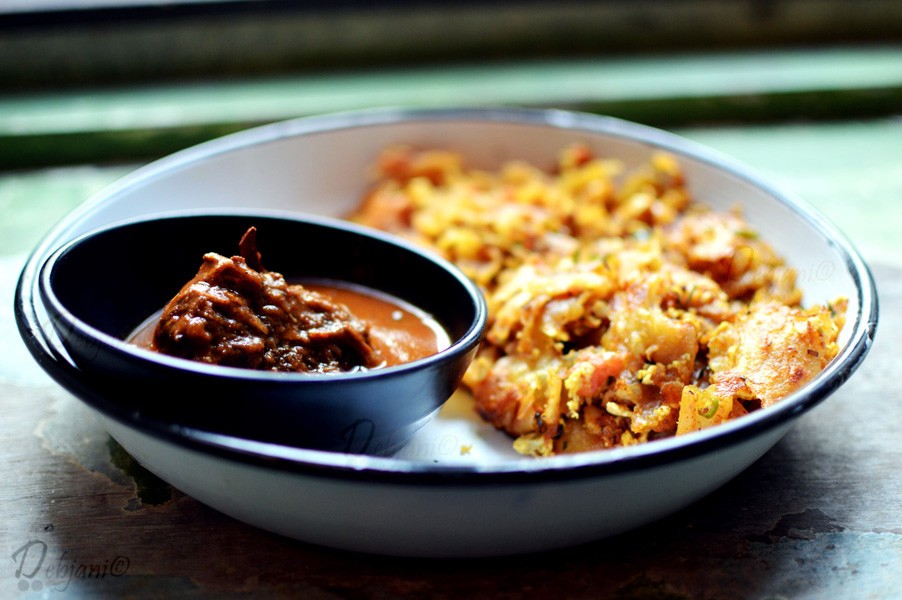 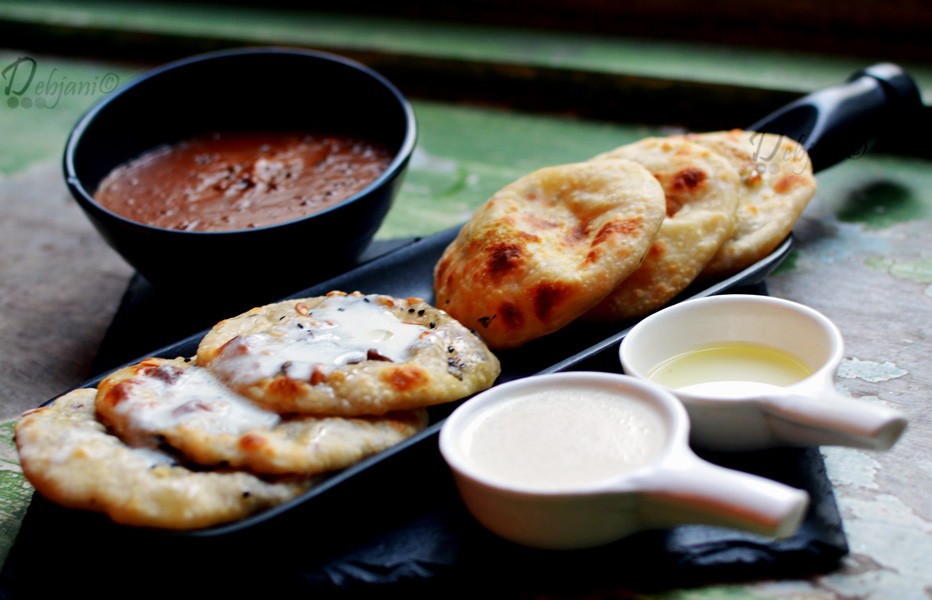 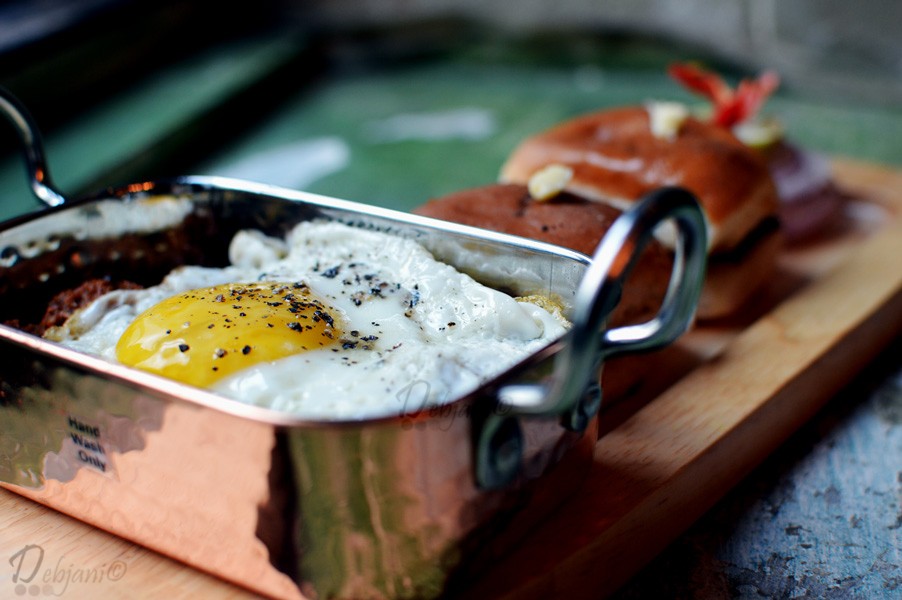 There’s option of two types of Risotto with desi touch, Birbal’s Favorite Khichdi as they call it where the khichdi is either served with Tandoori Mushrooms or Tandoori Prawns! 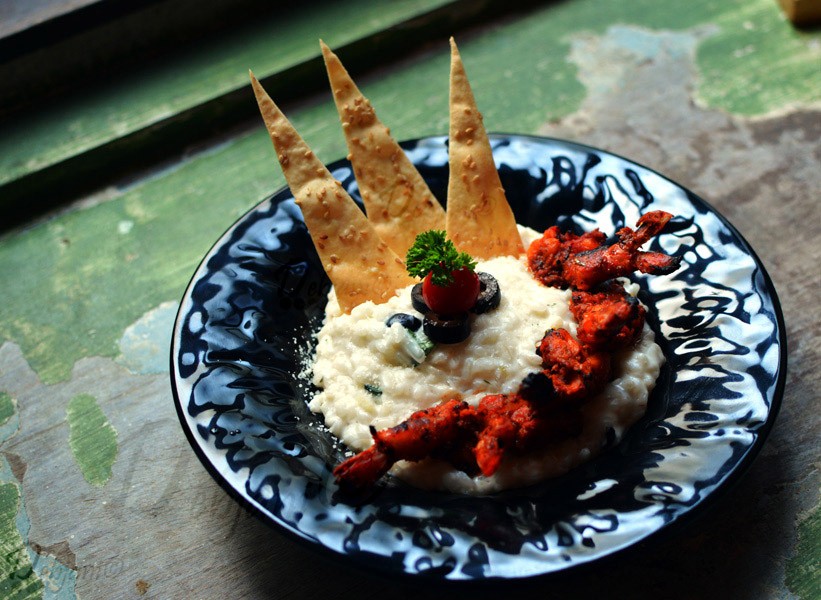 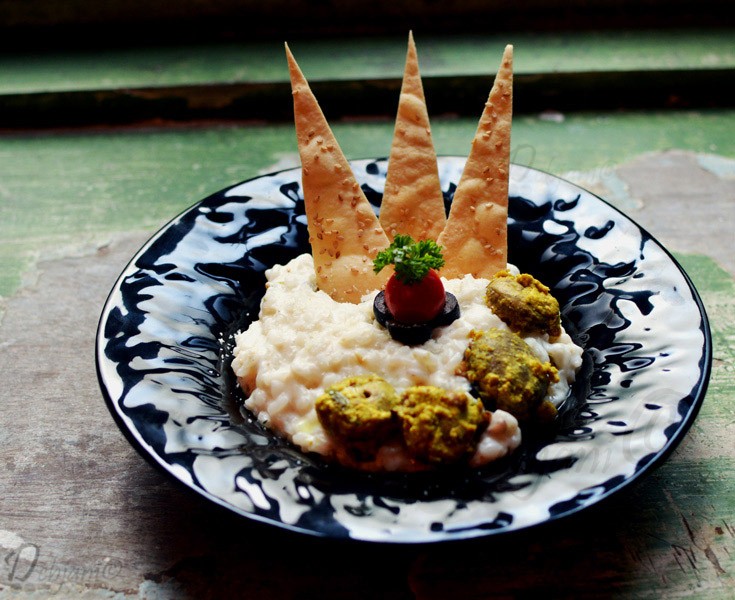 “Khaike Paan Banaras wala”! The dessert as part of new menu of Gabbar's Bar and Kitchen:

The dessert price in the new menu is ranging from INR 295 to INR 375. The deconstructed Black Forrest with a dash of Liquid Nitrogen again, Jungle Mein Mangal is loaded with the flavors worth having for sure. The Paan Mousse however, is one of the best item I tried there where gulkand flavored Mousse is served in a cone of betel Leaf. 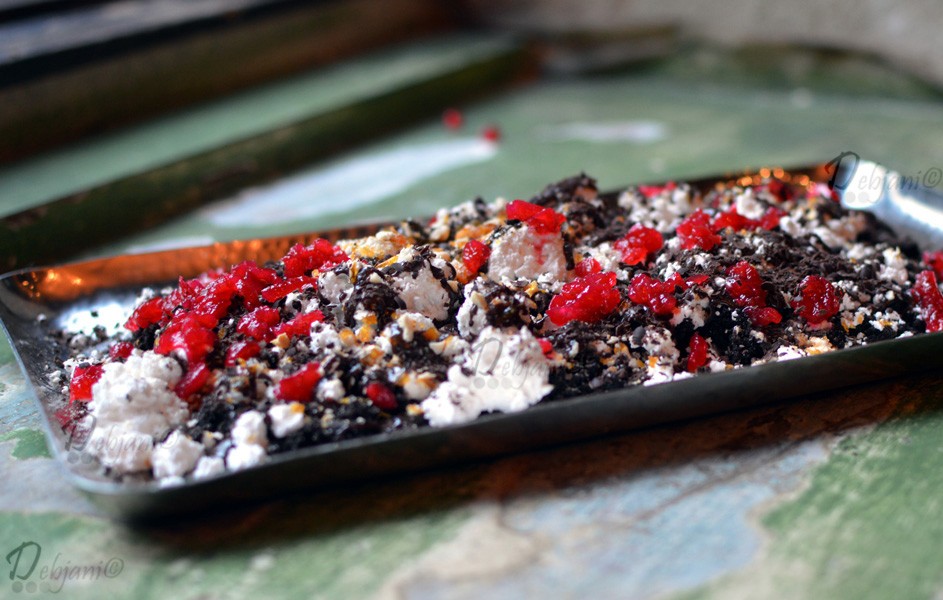 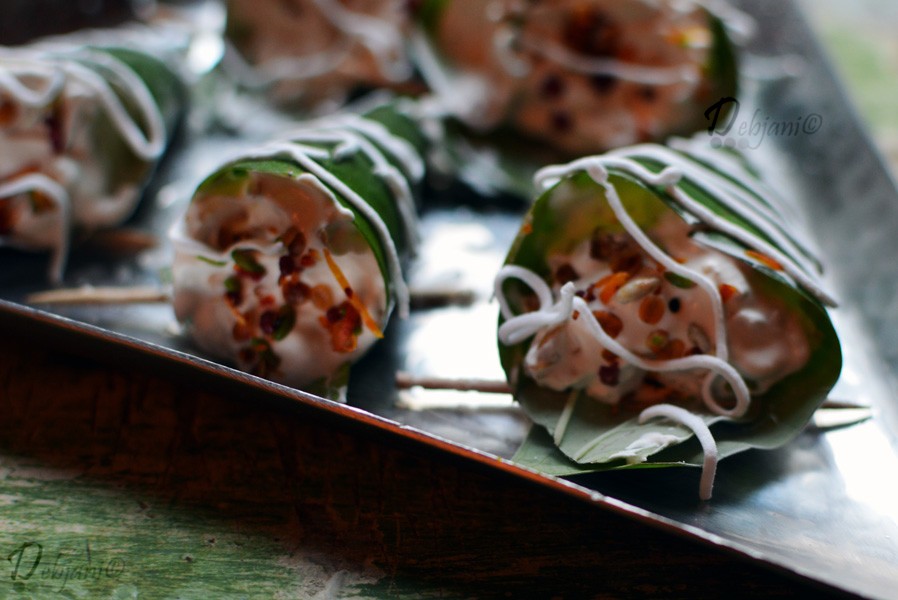 It was indeed nice experience sampling Gabbar's Bar and Kitchen's new menu which is loaded with the Bollywood spices and tadka.

Cost for a meal at Gabbar's Bar and Kitchen:

For a meal consisting of a cocktail, one starter, one main course and a dessert will cost you around INR 1000 plus taxes at Gabbar's Bar and Kitchen.

Disclaimer: Debjani was invited to sample the new menu at Gabbar's Bar and Kitchen and the views represented here are unbiased and based on her experience.