Saturday afternoon was quite good for me and I must mention the elaborate Bengali lunch spread played the role of positive catalyst. Okay, I was invited at the Lalit Great Eastern to sample their lavish spread planned for both lunch and Dinner on Poila Baishakh or Bengali New Year which is 15th April This year. 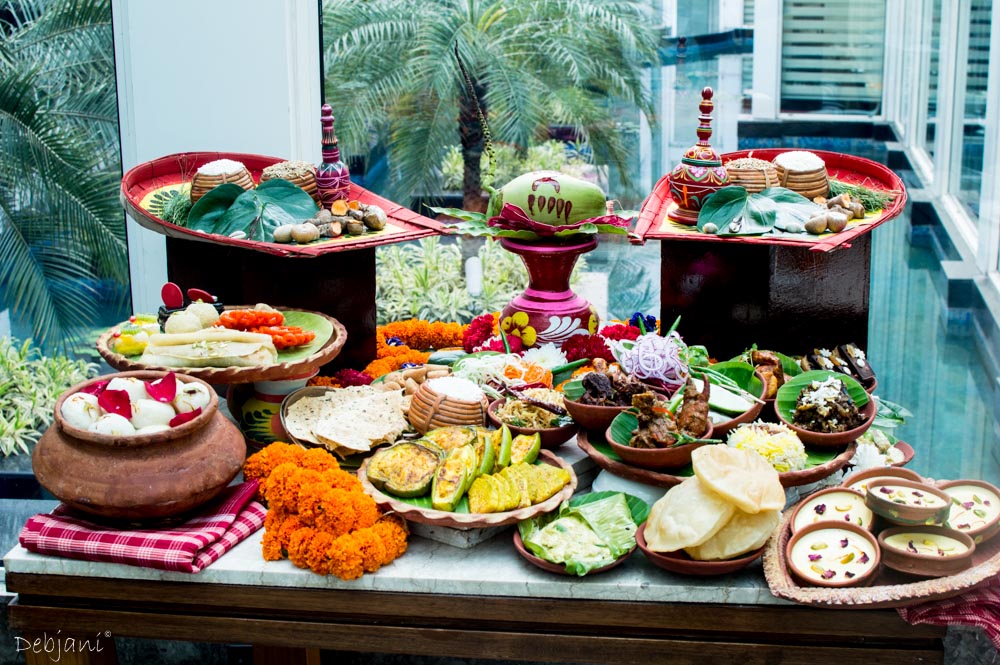 Rajbarir Bhuribhoj, as they named it will be available as part of the buffet at ALFRESCO, which is the All day diner at the Lalit Great Eastern. The Lait Great Eastern is celebrating the 4th year of 24 hours world cuisine restaurant with the concept of Royal Food from all over Bengal. Their aim is to cover rare Bengali food as part of the Bengali New Year Celebration. The spread is indeed elaborate and as confirmed by the PR Manager the celebration will be started with traditional Bengali Sorbet followed by the Bengali Delicacies. 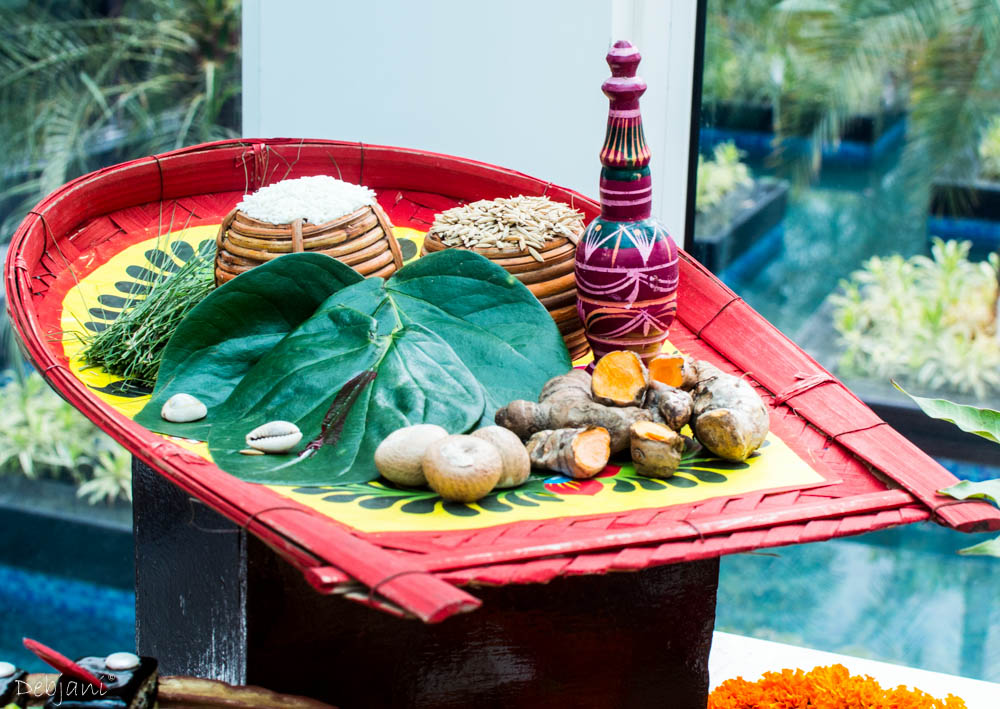 I, however, have tasted several items from the Rajbarir Bhuribhoj on Saturday as they had arranged bloggers meet to showcase the delicacies. The Spread started with Plain Rice with Shukto, Mochar Ghonto, Moong Daal, Chanar Paturi, Fish Curry followed by Luchi with Crab Curry and Kosha Mangsho. The spread ended with Mango Saffron Baked Yogurt and Nolen gurer narkel naru stuffed dark chocolate mud cake. 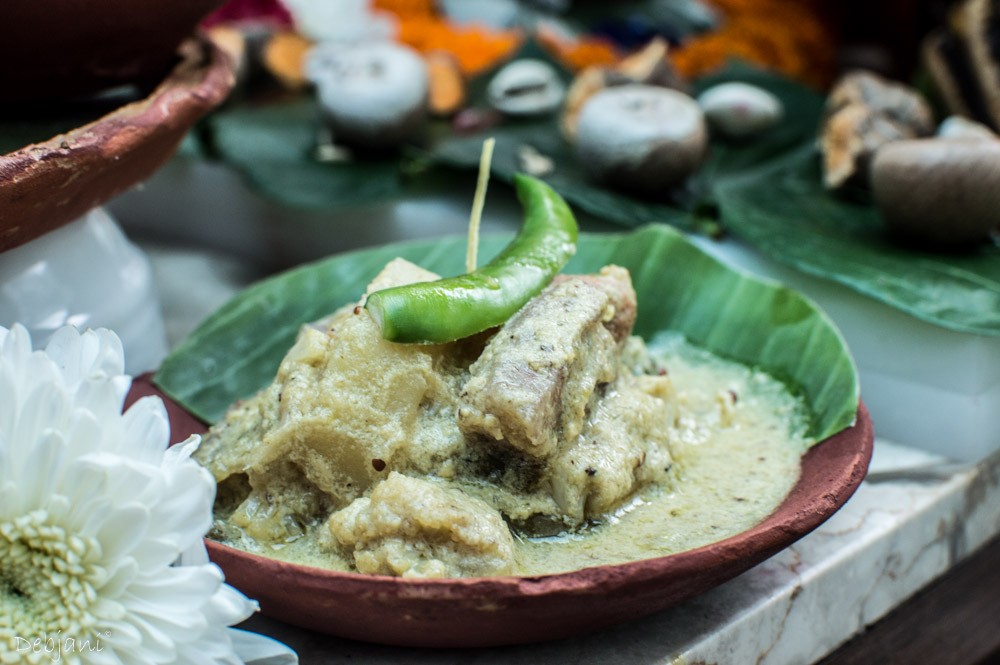 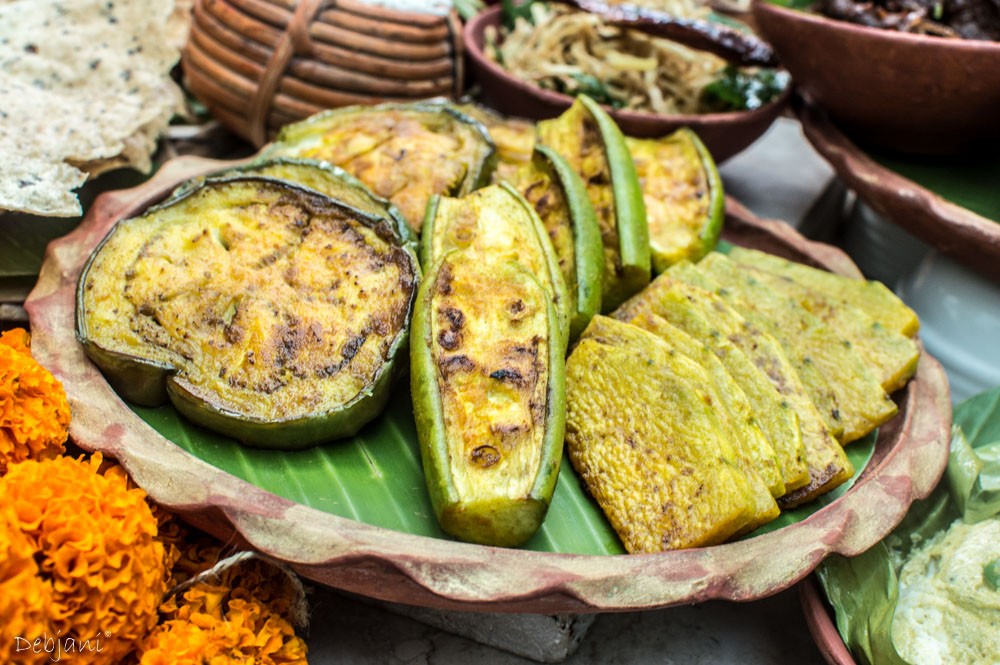 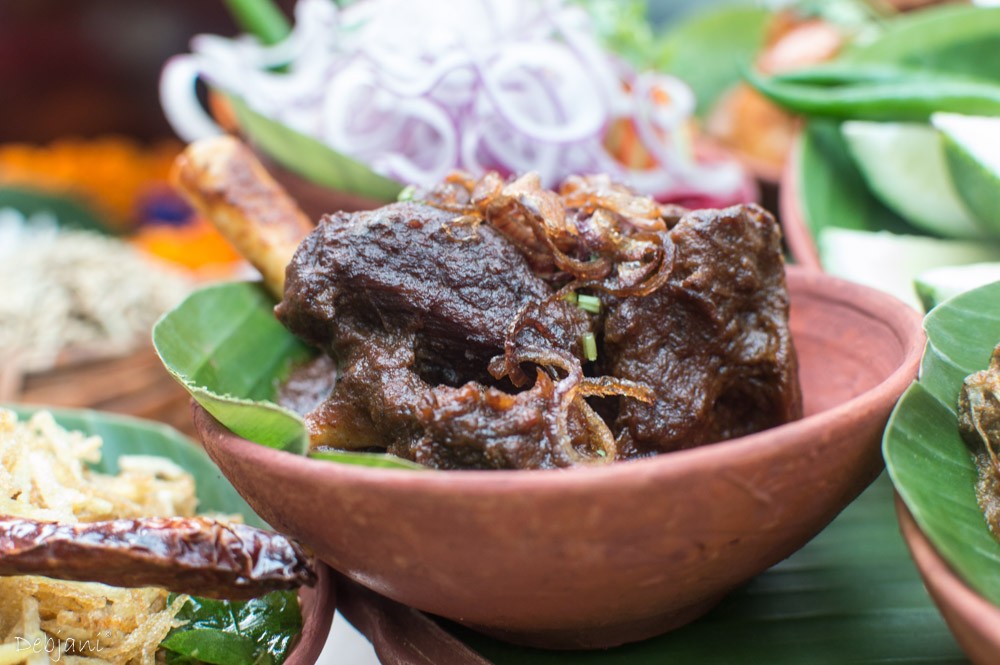 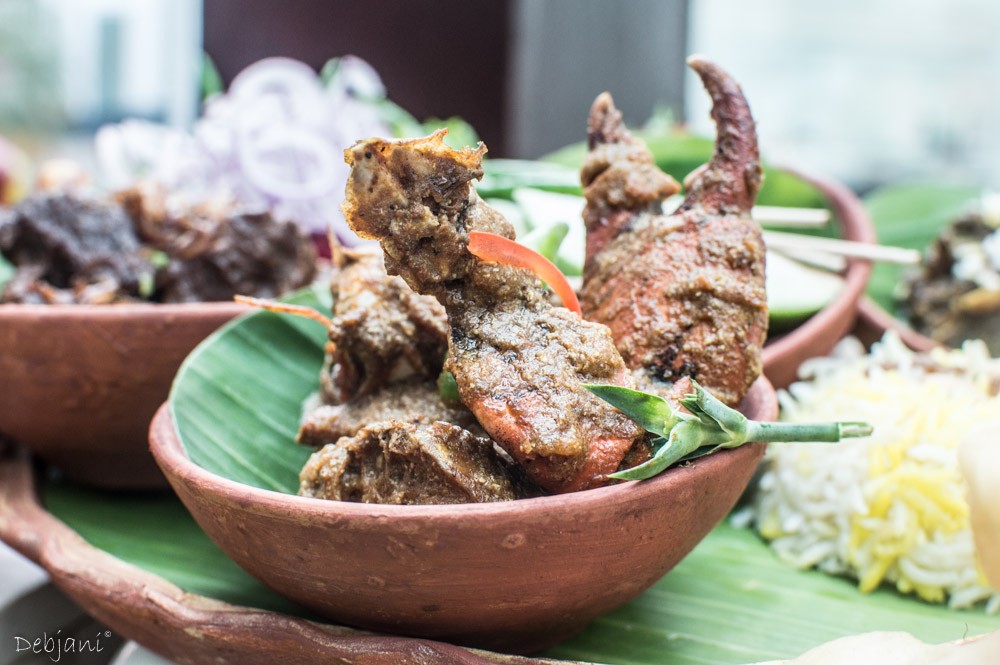 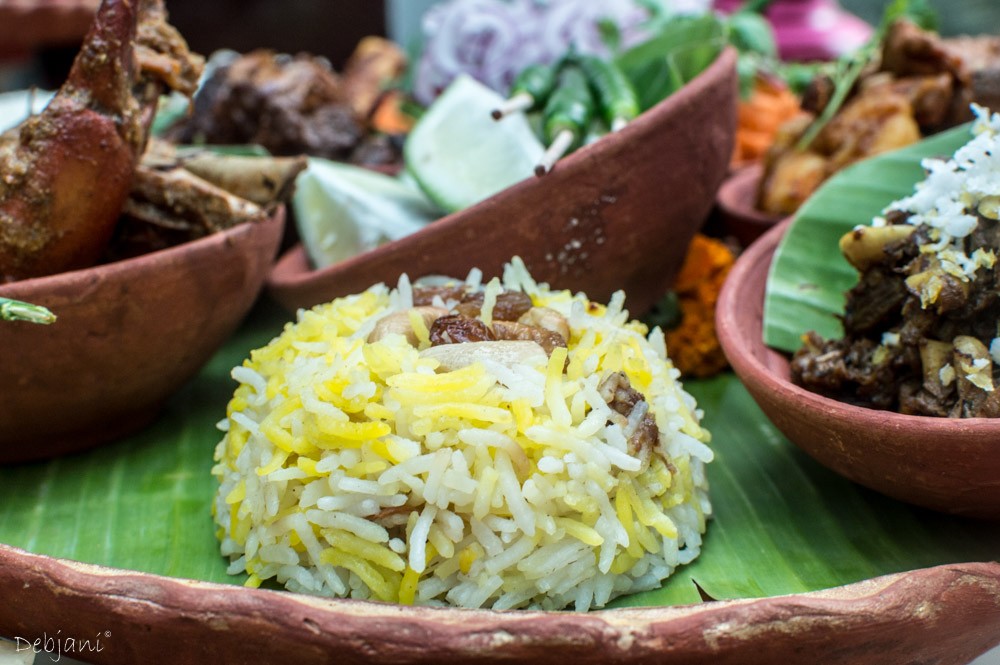 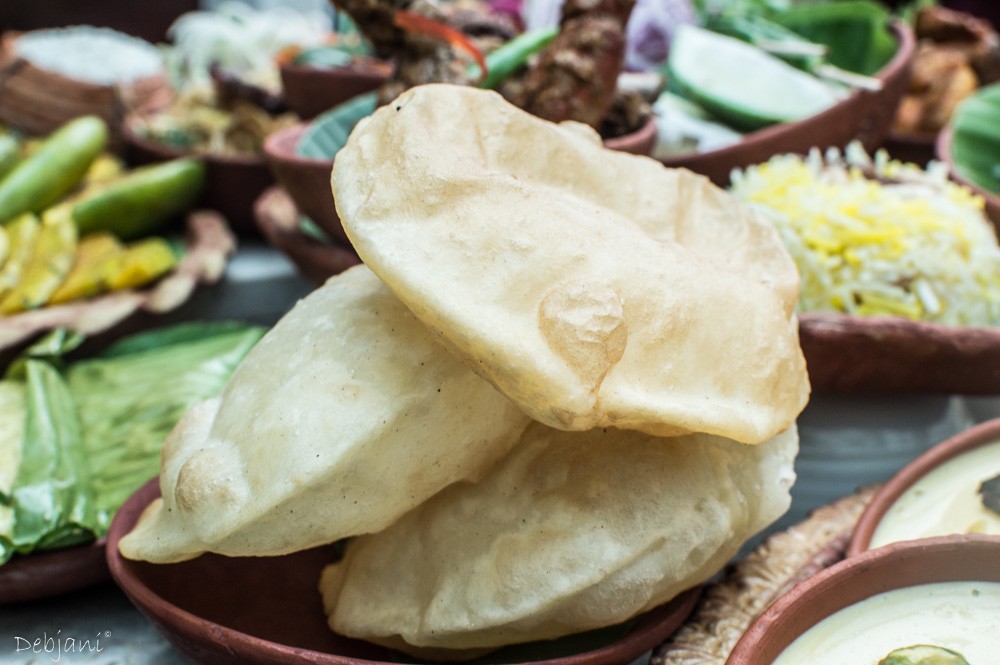 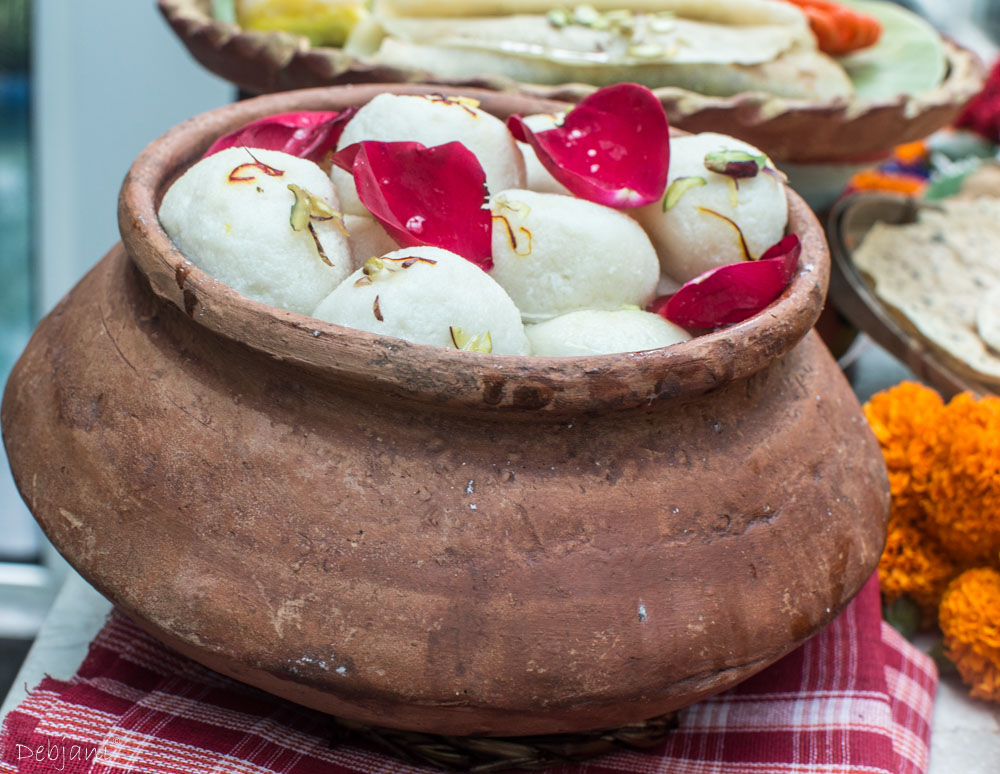 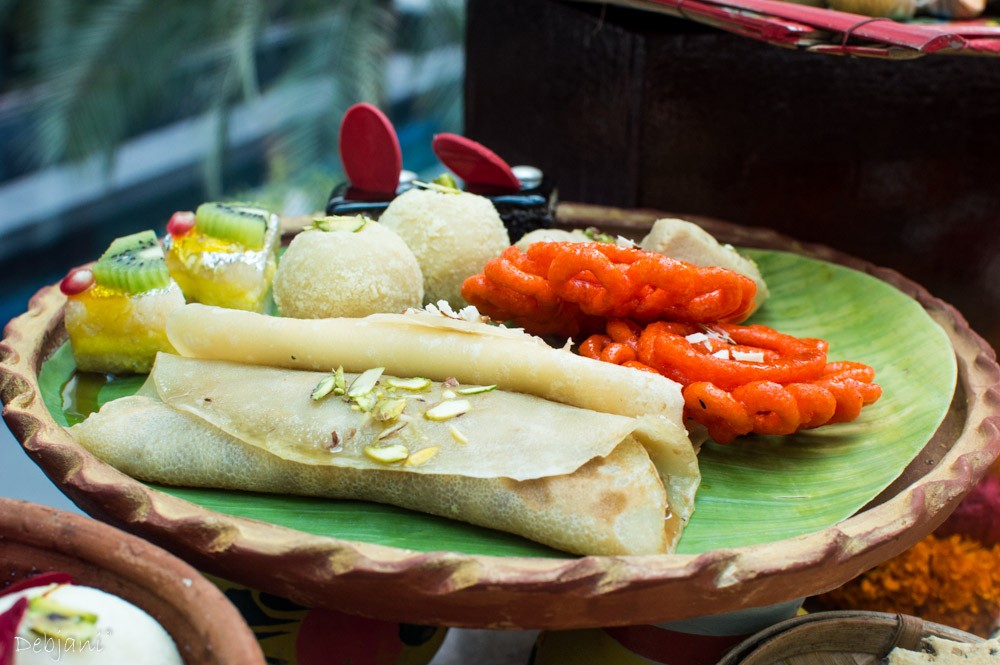 Now if you ask me what I liked more or what I suggest to you in case you are planning to visit The Lalit Great Eastern on Poila Boishakh, well here goes my list of must have. I found the Chanar Paturi the best item as part of te Rajbarir Bhuribhoj where the Chana was used exactly the way it should be used authentically with a mixture of coconut and Mustard Paste. 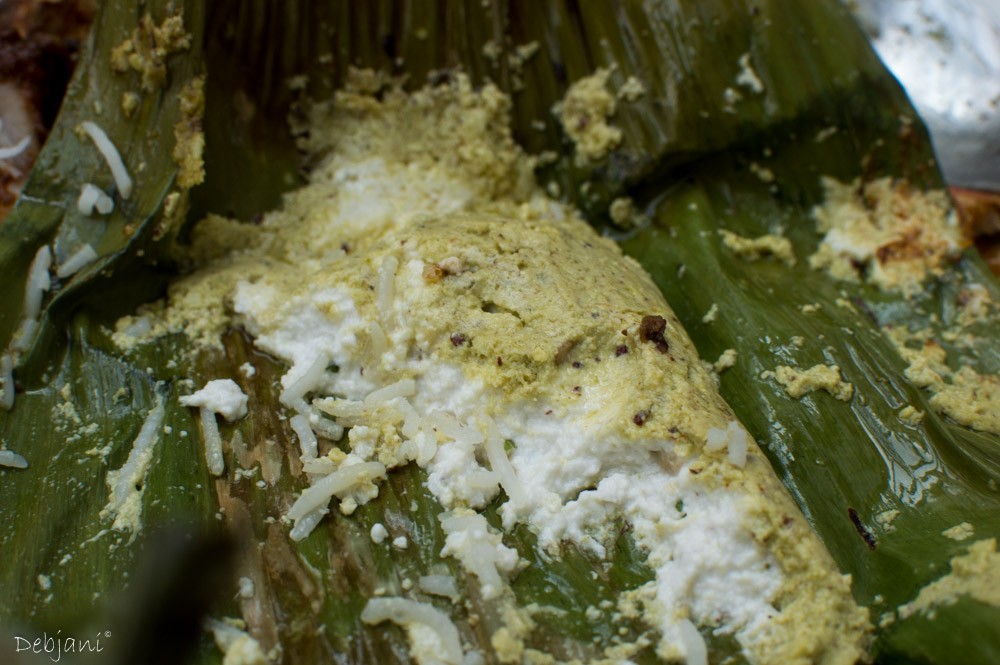 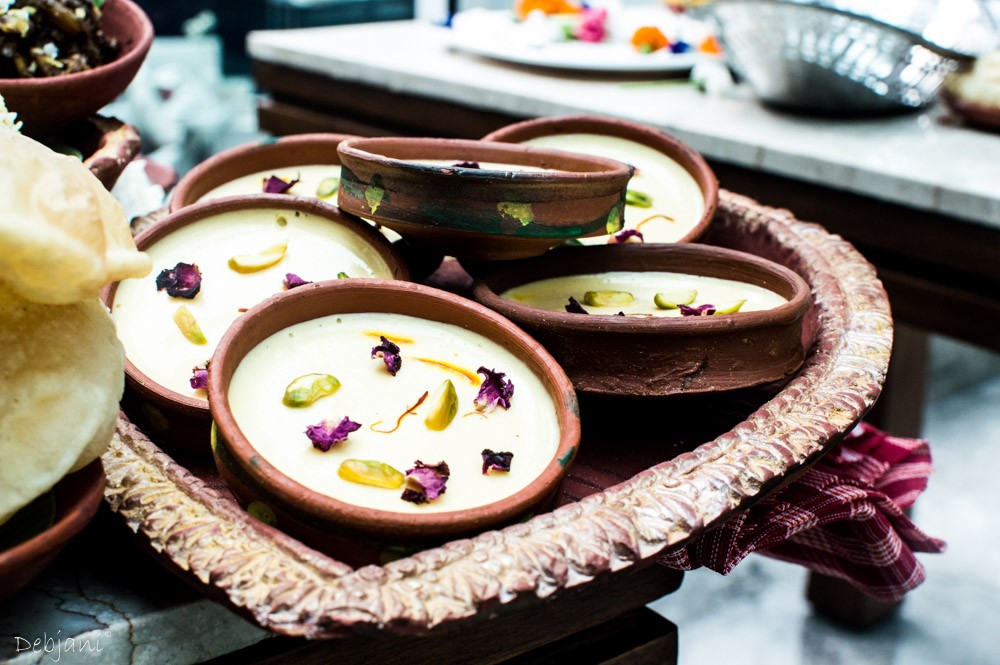 It was soft, tangy and perfect to combine with a portion of plain rice. Being a typical Bong I enjoyed my portion of Kosha Mangsho with hot fluffy Luchi and the best part is the taste of Kosha Mangsho, the use of the spices and the softness of mutton. I found both the sweet I tasted worth having where the Mango Saffron Baked Yogurt was subtle and flavorful yet light and the Nolen gurer narkel naru stuffed dark chocolate mud cake was the real surprise with the flavor of Nolen Gur and Crunchiness of coconut.

Here go further details in case you wanted to book your and your families table for the Rajbarir Bhuribhoj.

Disclaimer: Debjani was invited by the management of The Lalit Great Eastern

« The Sunshine Girl and her Strawberry Orange Popsicle
Pizza to Nazza at Nawwarah! »