Okay, I am not "Bumba-da" who can say “I am Prosenjit, I am industry” but I am somebody who represents the blogger community in the city of joy along with many others. By the way, why am I writing about the Bengali Superstar while this post is meant for a food sampling happened at Chili’s Grill & Bar at the Acropolis Mall? Well, Food sampling at different food joints is not new to the Food and lifestyle bloggers starting from the finest fine-dines to a moderate budget place to an International Food chain. We visit places upon invitation, we sample the food and we come up with a personalised review but-but-but a foodaholic like me ended on paying bulk of money, in general, to have the food at many places and naturally the review we do (at least I do) are sometimes of the places we go upon getting an invitation or places where I go, pay and eat. This is quite obvious, the scenario changes in both the cases, I obviously don’t expect a host when I go somewhere as a normal visitor but when it comes to an invitation, I expect a host there or at least a representative! I mean who wanted to attend a marriage where the bride and groom and their family are not present and the caterer has no idea what to serve and whether  the person present there is a guest or not! 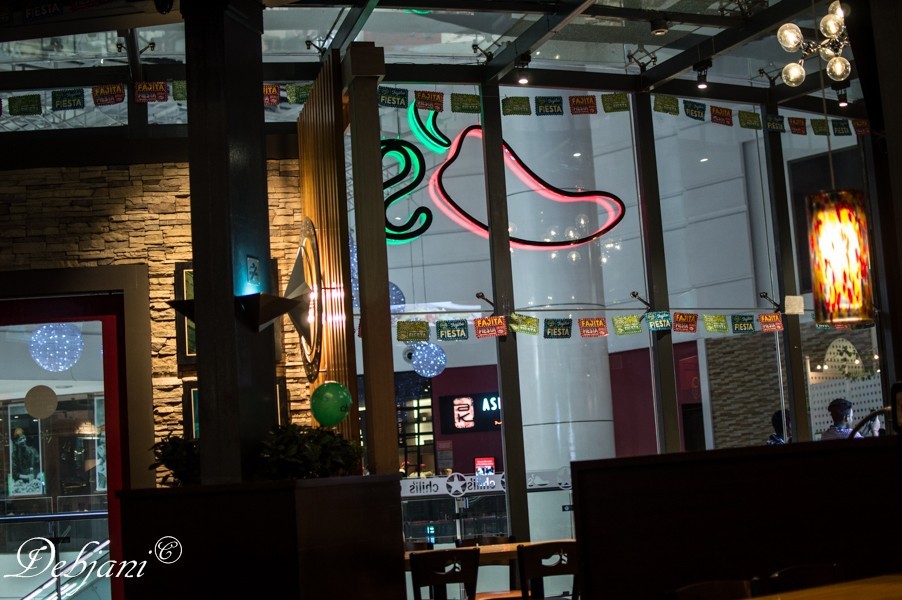 Hmmm, I guess I need to come to the point straight now. Chili’s Grill &  bar is nothing new to the continental food lovers and I was a regular in their Gurgaon branch and even in Kolkata. However, earlier this week I got a telephonic invitation from the representative of the Acropolis Mall branch of Chili’s Grill &  bar to be there and to sample the food and naturally I came to know that three blogger friends of mine were also invited. However, the meet was quite a surprising one to all of us! We went there and found the host was not present there! Moreover, the team present there was not aware of what to do with the team of the bloggers! However, thanks to some phone call they were able to understand the “Episode” but to us, well, it was awkward (and to be very frank irritating!). We found the team there were confused with what to serve; another shocking thing for a bloggers’ table! We  generally are used to with some options that the food joint wants us to check however, exceptions are also welcome unless that is not full of the dilemma! Anyway, we ended on asking them to serve one plate starter, one Main course, one Burger and one Dessert for four people along with one glass each of non-alcoholic drink so that we can at least able to come up with a food review. I mean that probably the minimal option when you don’t have a host to taking care of an invitation I suppose.

One thing I love about Chili’s Grill & Bar is the portion size they offer. We have ordered for 3 glasses of Classic Mojito and a glass of Masala Lemonade and with more than enough size of the portion, the drinks were good. 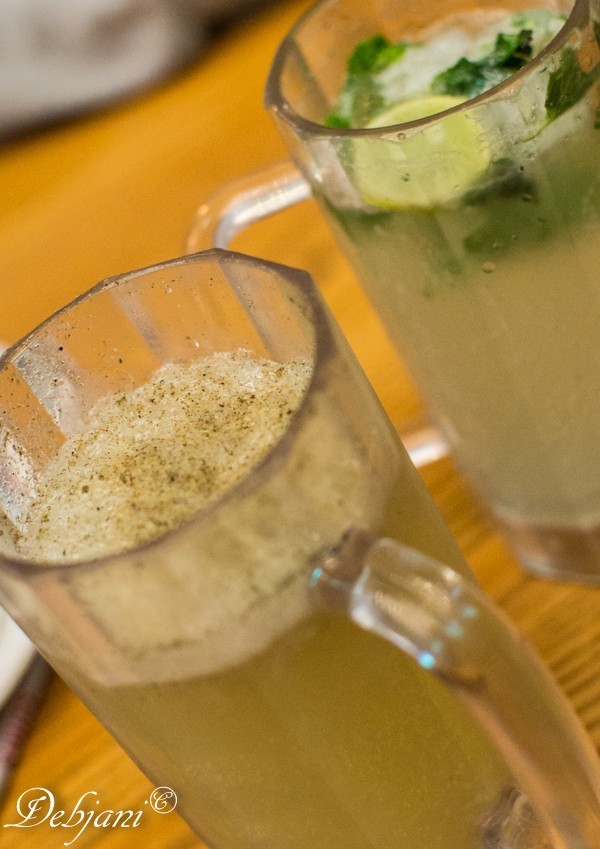 We, though, were expecting for a set menu but upon seeing the confusion ended on ordering a plate of Non-veg Triple Dipper and finally were lucky that the person serving ended on suggesting on the types of choices to be opted for. The platter was having the Chicken Crispers and Chicken Boneless wings, some dips, and carrot. I had this before at Chili’s Grill & Bar and this is one of their best item to choose from the appetizer menu. 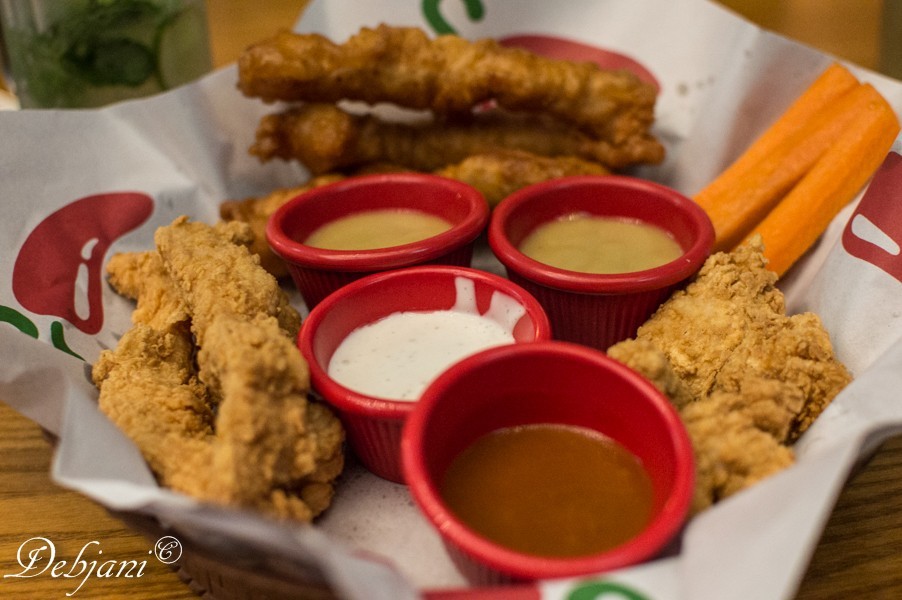 By then we were aware that we will have to choose something from the main course menu and upon my suggestion, the table decided to opt for the Bacon and Cheddar Steak with the side of seasonal veggies, steamed Broccoli and a dollop of Mashed Potato! We opted for medium-rare buffalo steak which was decent (a bit on the drier side I found) but the real surprise was the Mashed Potato! Indeed mashie it was with the proud presence of a fair amount of Potato peel! Well, the cook in me (after all it was my cooking that kicked me 6 years back to start a blog) was a bit of shocked but after all we are Bengali and we know how to adjust with a Mashed Potato with the free presence of Potato peel; We just considered it "Aloo Bhate"; "what's in a name", after all! 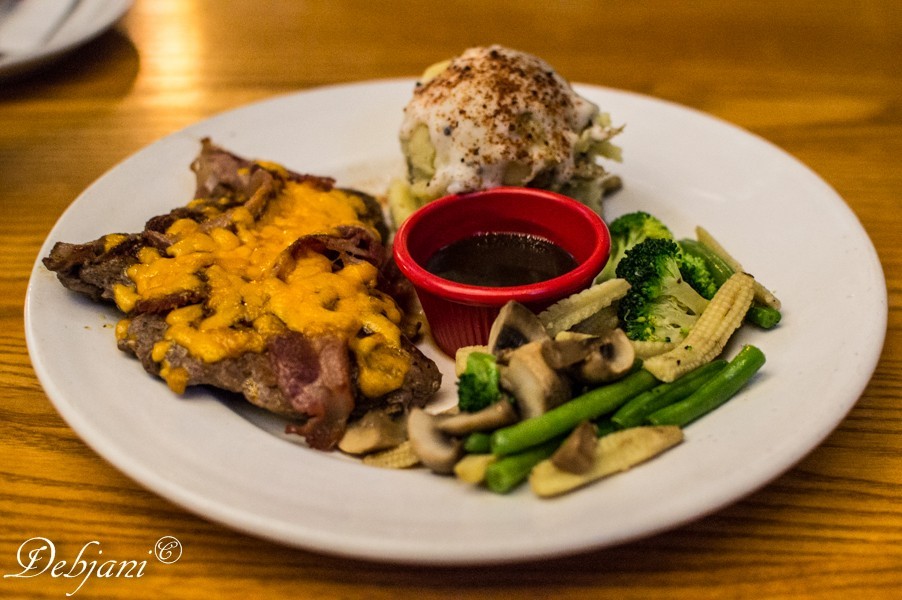 We then decided to opt for a Bacon Burger and ended on ordering one so that we can divide that in between four bloggers. As I already mentioned, the portion size is one of the positive things comes to my mind whenever I think about the offering of Chili’s Grill & Bar but to divide a burger between four is quite difficult but when you don’t have a host you will have to adjust. The Burger was the best item served there with perfect juicy bacon, lettuce, the signature sauce and cheddar. 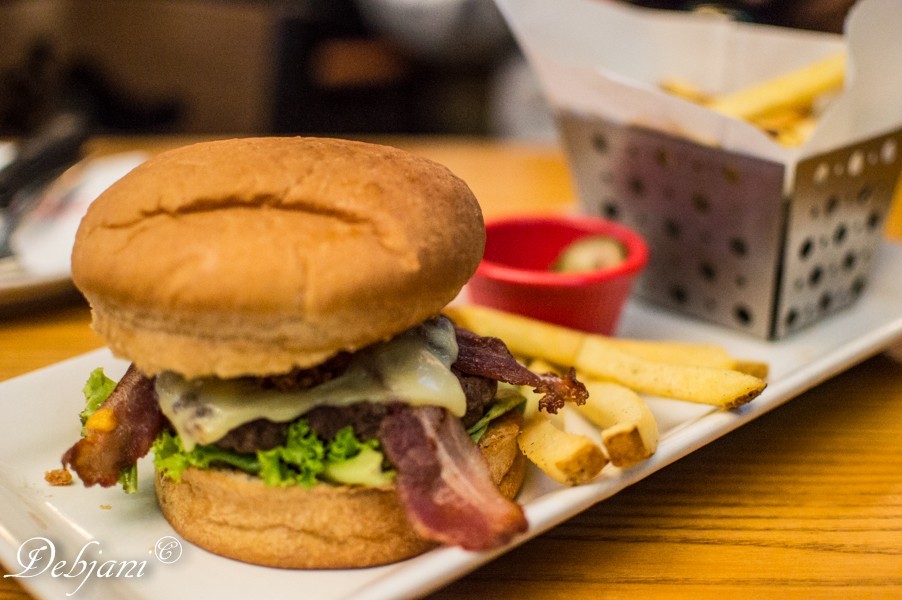 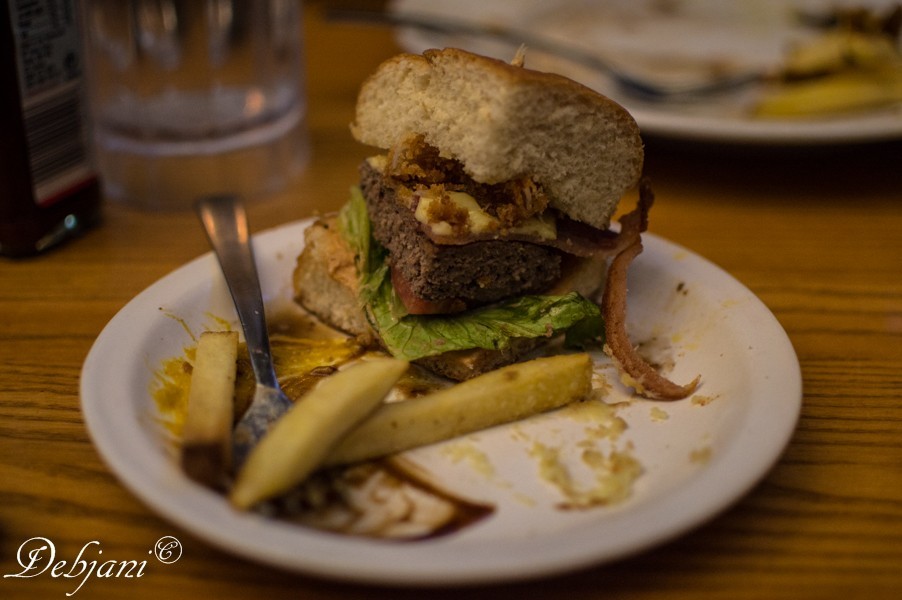 We were almost planning to leave (and were confused too) then the person serving came and told that we can order some dessert as well! We ended on ordering a Molten Chocolate Cake and devided the same between four. The taste was awesome and indeed one of the items worth ordering there at Chili’s Grill & Bar. 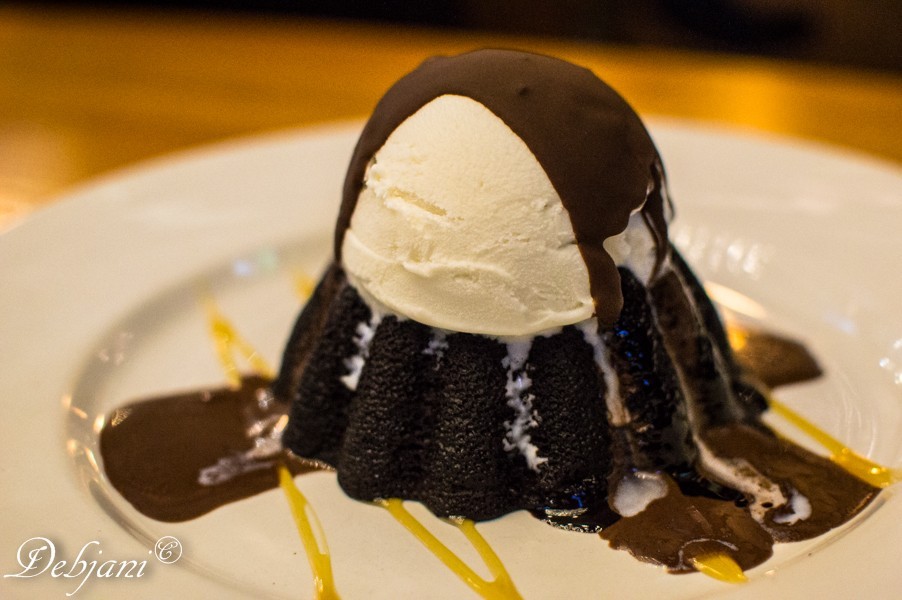 Finally, we were asked to share our visiting card(s) and were told that we don’t need to pay for our food!  Well, I really not am “Bumba-da” and I am not the industry but I proudly represent the blogging fraternity of Kolkata. It is the professional business analyst within the blogger me who ended on writing this.  This is not as complicated as the Pareto principle to understand that the promotional activities through the bloggers are considered as one of the costs effective method  but what the bloggers write is not only about the food but the overall service which is the trickiest part of choosing the cost-effective service. Well, it indeed was an experience of food sampling!